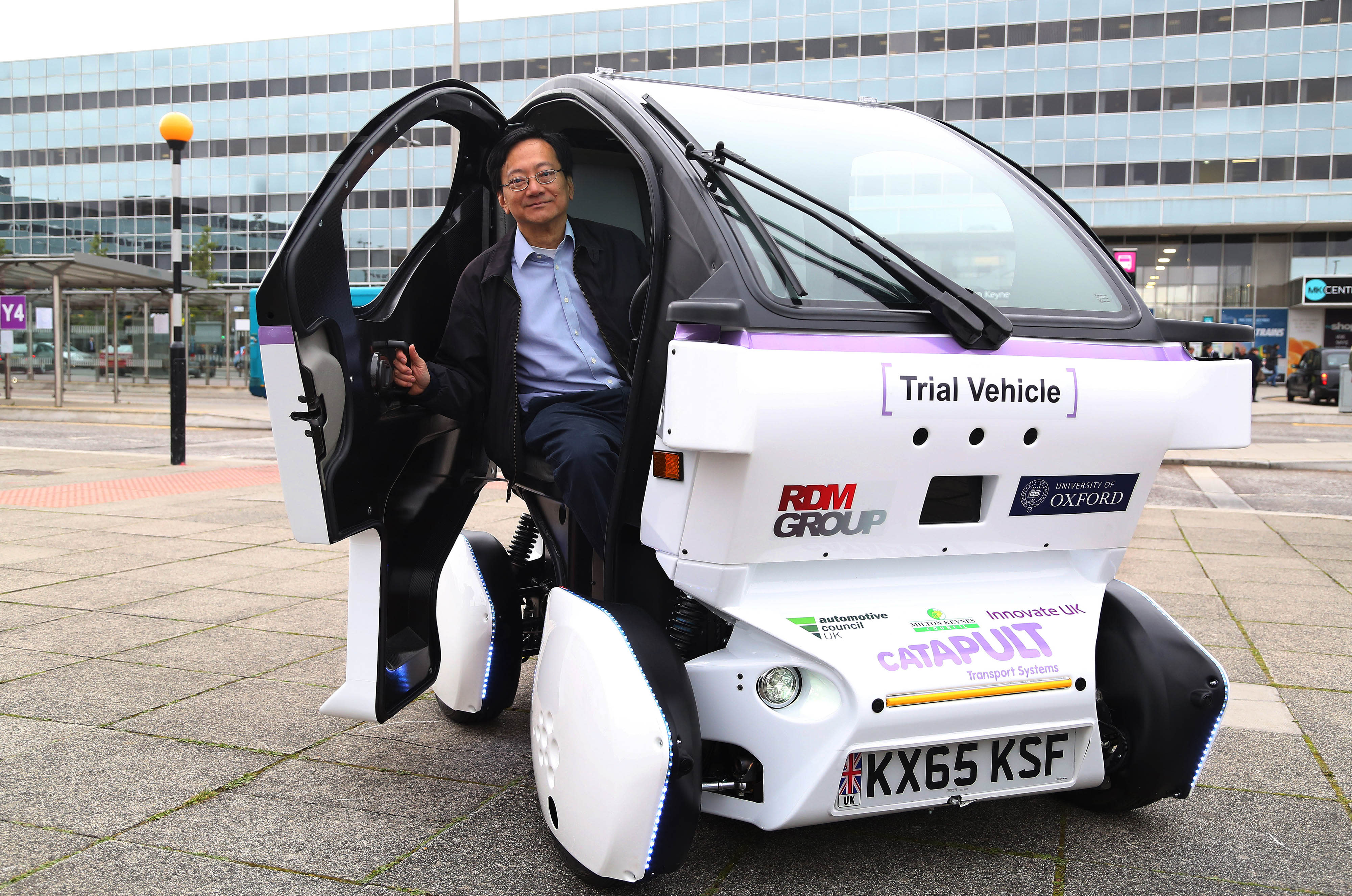 Britain wants to be at the forefront of driverless car technology, so it's funding a handful of research projects that will look at different vehicle designs and how people react to them. One of those initiatives, led by Transport Systems Catapult and the RDM Group, is inching closer towards public trials today with the unveiling of a new "Lutz Pathfinder" pod. We first saw the vehicle back in February, covered with Union Jack decals, but that was actually just a prototype. The new two-seater pod unveiled this morning is far closer to completion -- it just needs to visit Oxford University's Mobile Robotics Group, where it'll be fitted with an autonomous control system. Researchers will then do a number of calibration tests on a private test track, before it's finally sent out for public testing in Milton Keynes. If all goes to plan, the Lutz Pathfinder will be the first fully automated vehicle to be trialled in a pedestrianised space in the UK. "When you consider that there wasn't even a design in place for this vehicle less than 18 months ago, it has been a really quick turnaround," Steve Yianni, CEO for Transport Systems Catapult said. Safety is, unsurprisingly, the project's primary concern. When it first hits the pavement, the pods will be driven manually so they can map their surroundings. They'll then drive autonomously, with a trained operator on board that can override the controls if necessary. Transport Systems Catapult hopes the pods will eventually be used as a mode of public transport, with the option for commuters to summon them with their smartphone. It's a long, arduous process, but the UK government is praying that its efforts will make it an early pioneer in self-driving technology, and eventually pay dividends as car makers grow increasingly dependent on it.

In this article: driverless, DriverlessCars, lutz, pathfinder, pod, selfdriving, SelfDrivingCar
All products recommended by Engadget are selected by our editorial team, independent of our parent company. Some of our stories include affiliate links. If you buy something through one of these links, we may earn an affiliate commission.