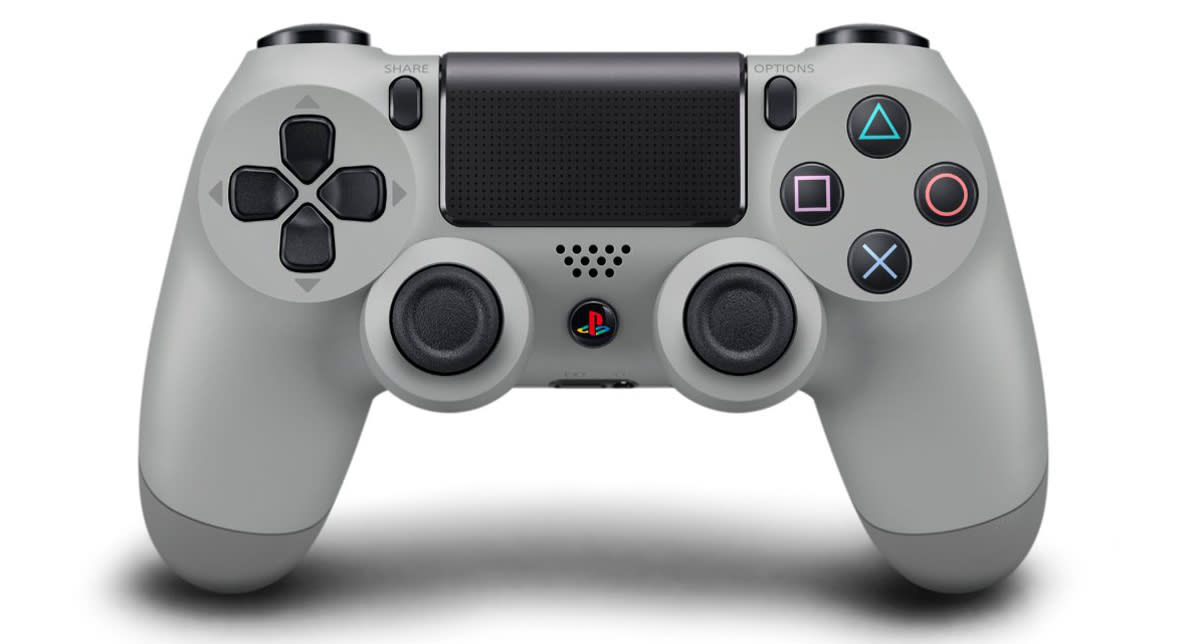 So, you didn't manage to get your hands on a 20th Anniversary Edition PlayStation 4, just like everyone else. Well, nevermind, as you can now have the next best thing. Sony has today released the Anniversary Edition DualShock 4 controller in the UK (and the rest of Europe), with its retro gray colour scheme and home button sporting the original PlayStation logo. Unfortunately, this model's lacking the engraved touchpad found on those shipped with the limited edition console, but it's close enough. The nostalgic pad can now be found at stores including GAME and Amazon for £50, which is probably more than you'd spend picking up an OG PS1 and a copy of Crash Team Racing on eBay -- not that we should be telling you which is the better purchase, of course.

This is for the PlayStation generation. Which one are you? 20th Anniversary Dualshock 4 out now #20YearsOfPlay pic.twitter.com/Qd56UPGXCF

In this article: 20thAnniversary, controller, dualshock4, hdpostcross, playstation, playstation4, ps4, sony
All products recommended by Engadget are selected by our editorial team, independent of our parent company. Some of our stories include affiliate links. If you buy something through one of these links, we may earn an affiliate commission.