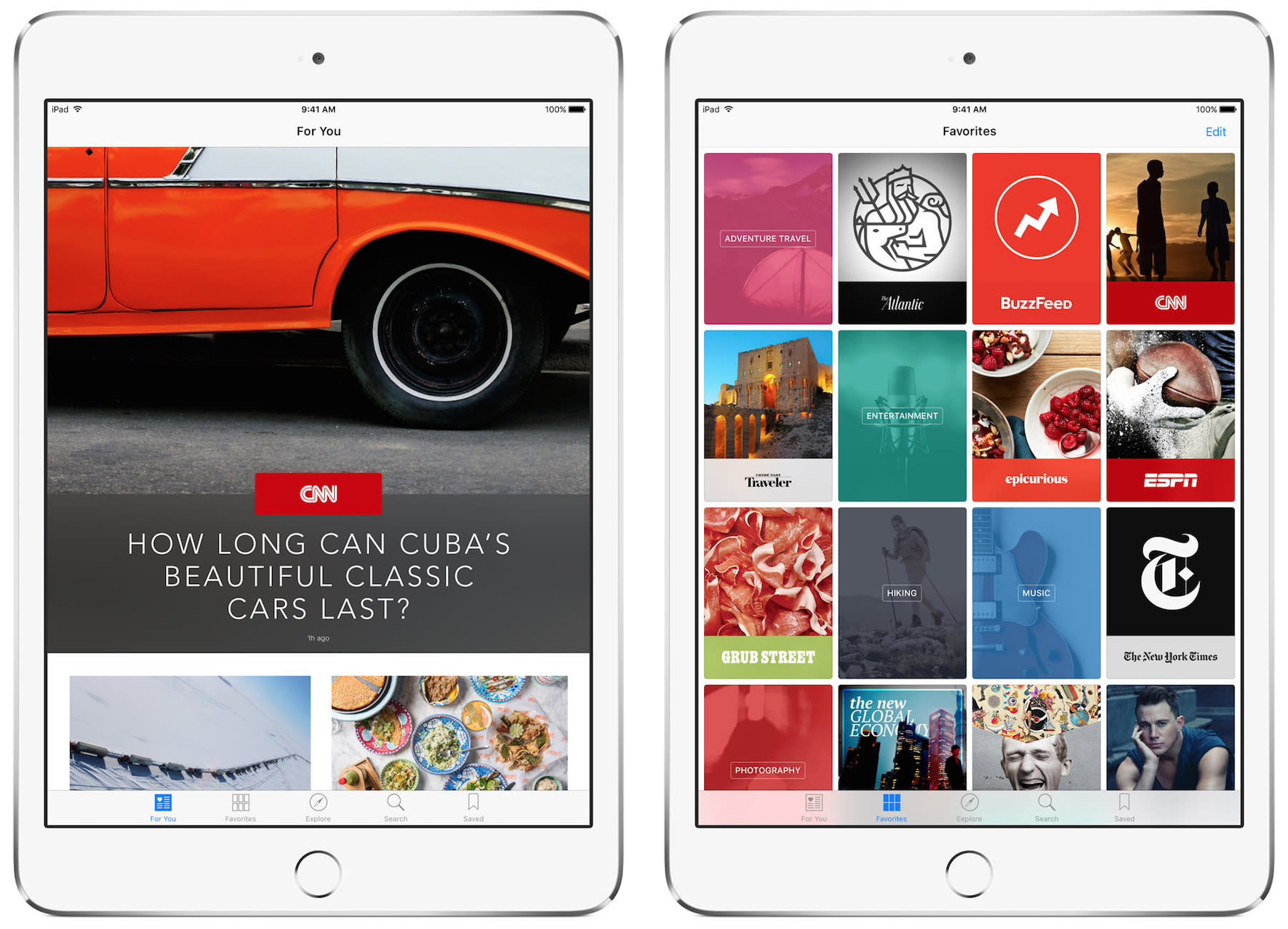 So you've backed up your apps and data to iCloud and updated your Apple device to iOS 9. The new font, smarter Siri and slicker multitasking will probably take some getting used to, but did you notice that one feature was missing? Yes, Apple News is not available to UK users -- at least not yet. So how do you get it? The official answer is: you can't, unless you're willing to change the default language on your device. According to reports, UK publishers were made to wait a little bit longer because Apple wanted to put all of its focus into making sure the US launch went off without a hitch.

It won't be long until Brits will be able to get their hands on the app, though. How do we know? Well, Apple has already started development of iOS 9.1 and is currently seeding beta releases to developers. Inside these builds are, you guessed it, an Apple News app which features UK-specific content. Sure, it'll take time for Apple to test and ship the next update, but when it does, you'll finally get the app you've been so cruelly deprived of. Last year, the company took around a month to release its first iOS 8 update, so we'd expect the same will happen this time around.

In this article: app, apple, apple news, ios, ios9, mobilepostcross, news, uk-feature
All products recommended by Engadget are selected by our editorial team, independent of our parent company. Some of our stories include affiliate links. If you buy something through one of these links, we may earn an affiliate commission.