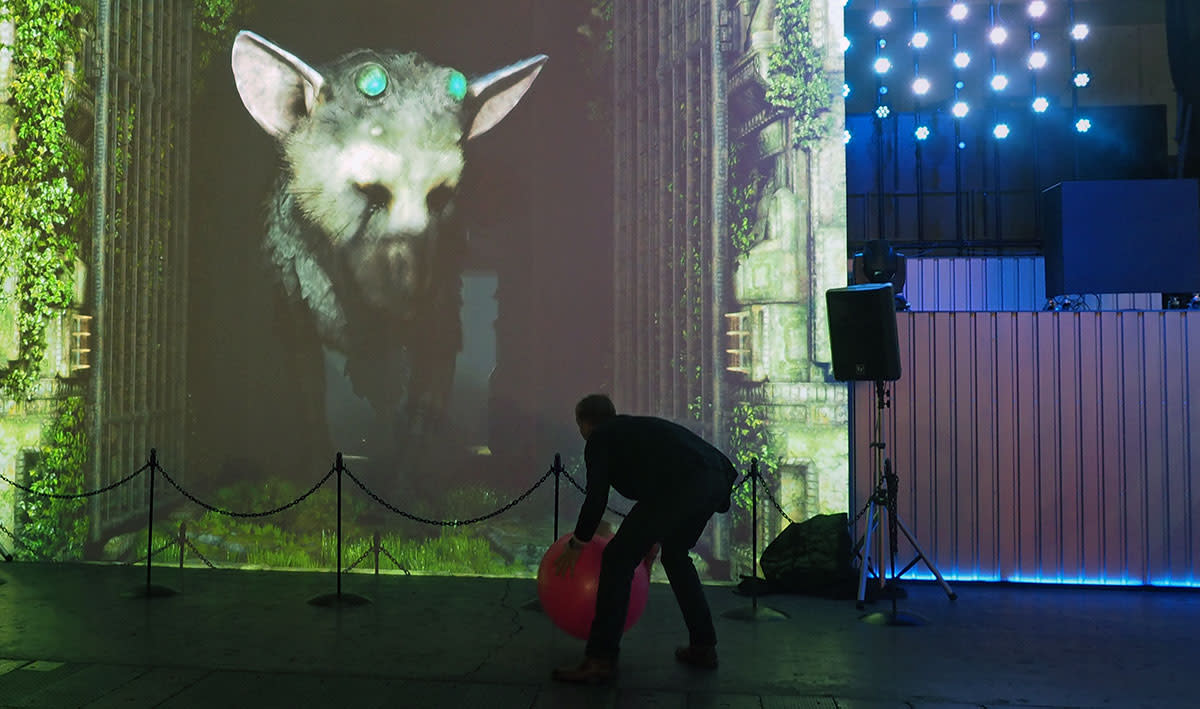 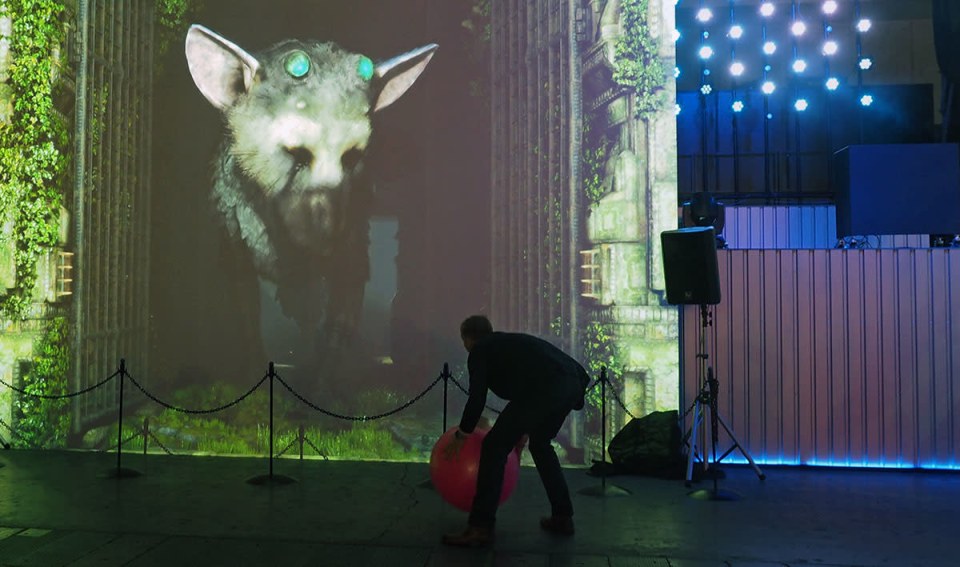 Well, I got to tease it with a giant pink ball. To promote The Last Guardian, which is very much happening and also very not playable (so far) at the Tokyo Game Show, the team at genDesign hooked up a 20-foot screen with a projection of the lovable / grotesque (delete as applicable) Trico. The feathery giant rodent is projected at fictional life-size, while two hidden depth cameras pick movement of anyone near its cage. We seemed to get the best reactions when the organizers brought out that aforementioned pink ball to catch its attention. It still roars a lot, which only scares the crap out of you the first... twelve times. It's a simple little technical demo that doesn't reveal anything more about the game, but it's better than watching similar gameplay videos again. Hand me a controller.

The Last Guardian beast is kind of adorable -- until it roars down your ear. #tgs2015

In this article: japan, projection, sony, tgs2015, thelastguardian, trico, video
All products recommended by Engadget are selected by our editorial team, independent of our parent company. Some of our stories include affiliate links. If you buy something through one of these links, we may earn an affiliate commission.