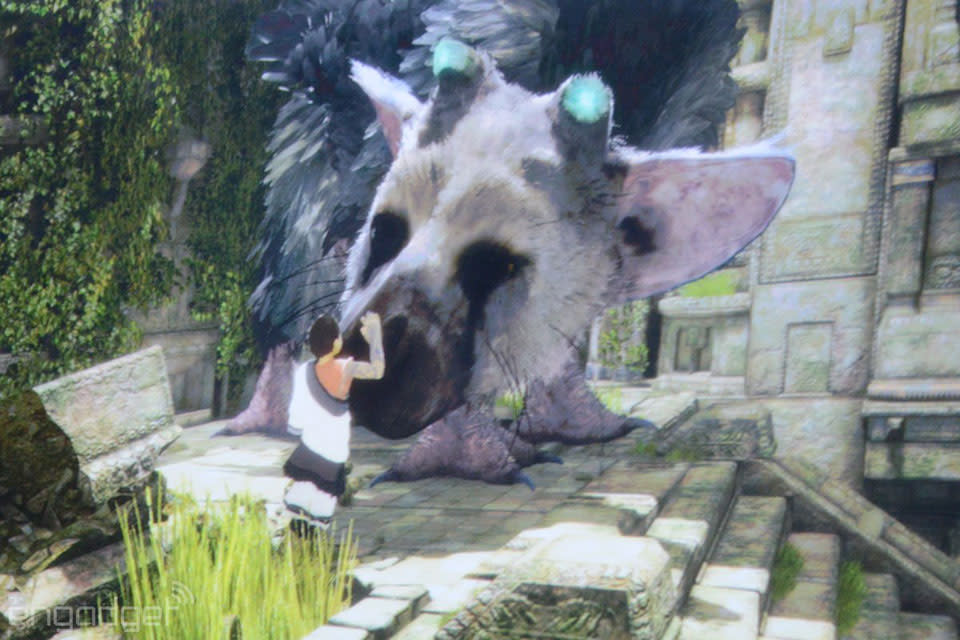 The Last Guardian. It still exists and Sony opened its big E3 showcase with footage of a toga-clad boy exploring ancient structures with his giant behaving-like-a-pet Fox-Hawk-Dog beast. Fumito Ueda's beautiful on-off-on-again game is filled with the stylistic licks of Ico and Shadow of the Colossus, but now with the power of PS4 beating behind it. The E3 event finally showed off how the game will play out, with your beastly buddy doing its fair share of destructive creation -- and also coming through in a pinch. The long-delayed title is coming next year. Can you believe it?

In this article: e32015, fumitoueda, hdpostcross, ico, notevenkidding, sony, thelastguardian, video
All products recommended by Engadget are selected by our editorial team, independent of our parent company. Some of our stories include affiliate links. If you buy something through one of these links, we may earn an affiliate commission.