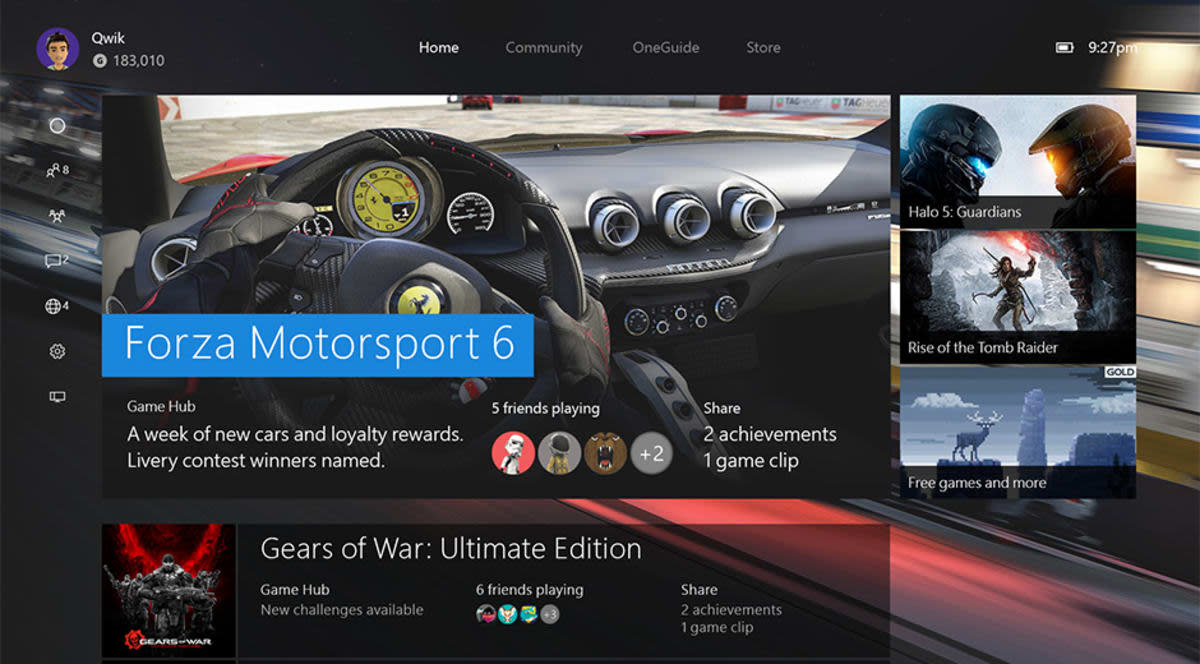 Heads up Dashboard Preview Program members: Microsoft's announced that invites for the opt-in Windows 10 update on Xbox One are rolling out right now. Check your inbox to see if you made the first wave of folks to the party, but don't get too excited or disappointed (depending) though because while the overhauled user interface might look tempting, there are scads of known issues with it. What're those? They apparently range from annoying -- hard resetting the console after basically any issue crops up, screen discoloration while playing Forza Motorsport 6 -- to possibly game-breaking.

For example, Destiny's "The Taken King" expansion and Borderlands: The Handsome Collection outright won't launch according to an official post on the Xbox Forums. Maybe if you have a spare console install it there, but for now it looks like you're pretty safe to skip this first update. If you're still curious though, maybe watch Larry "Major Nelson" Hryb's new overview video below or check out this lengthy Reddit thread instead.

In this article: beta, gaming, hd, hdpostcross, microsoft, OptIn, rollout, update, windows10, windows10beta, xbox, xboxone
All products recommended by Engadget are selected by our editorial team, independent of our parent company. Some of our stories include affiliate links. If you buy something through one of these links, we may earn an affiliate commission.