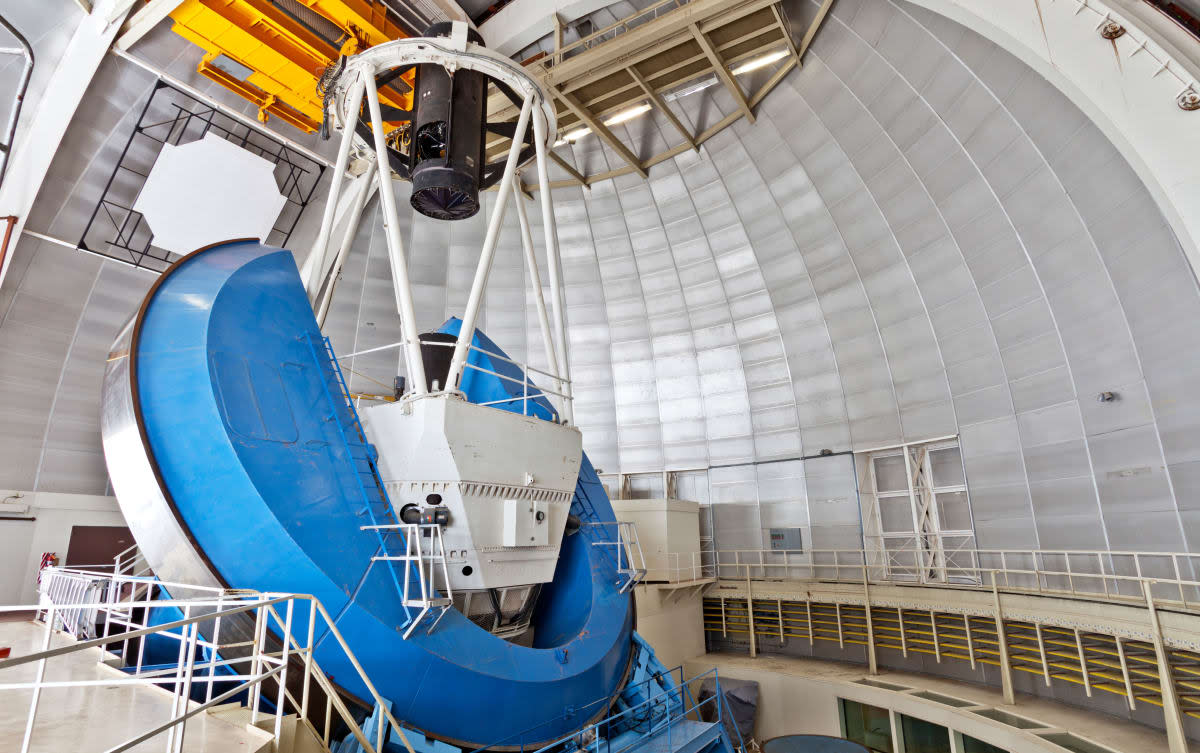 The quest to better understand our known universe took a step in the right direction today with the U.S. Department of Energy approving "Critical Decision 2," authorizing the building of components for the Dark Energy Spectroscopic Instrument (DESI). Previous efforts to create Dark Energy maps will be further explored with the help of the DESI, a giant instrument that will target 30 million galaxies and quasars to create a 3D map that will date back 10 billion light-years. The project, spearheaded by the University of Michigan, is being conducted to understand the fundamentals of Dark Energy, a force that competed with gravity to shape the universe in its infancy.

"DESI will help us understand the fabric of empty space," noted Gregory Tarlé, UoM physics professor. DESI will work by measuring the redshifts of millions of quasars and galaxies. A redshift is the shift of an astronomical body and to measure said shift is a determinate of an objects age. The bigger the redshift, the older the object. The DESI will be able to measure an object's spectral wavelengths using a camera that contains 5,000 optical fibres. It will then use fossil imprints of sound waves from the first 400,000 years of the universe that are detectable as temperature patterns and variations and use these temperature differences to map early variations of density that eventually evolved into visible galaxies. R. Lafever and J. Moustakas for the DESI Collaboration, background image by Dark Energy Camera Legacy Survey
A team of 200 physicists and astronomers are collaborating as the DESI collective, working to get the Spectroscopic Instrument up and running by 2019. To read more about the project, you can visit the official site for the DESI.

In this article: DarkEnergy, DarkEnergySpectroscopicInstrument, Space
All products recommended by Engadget are selected by our editorial team, independent of our parent company. Some of our stories include affiliate links. If you buy something through one of these links, we may earn an affiliate commission.