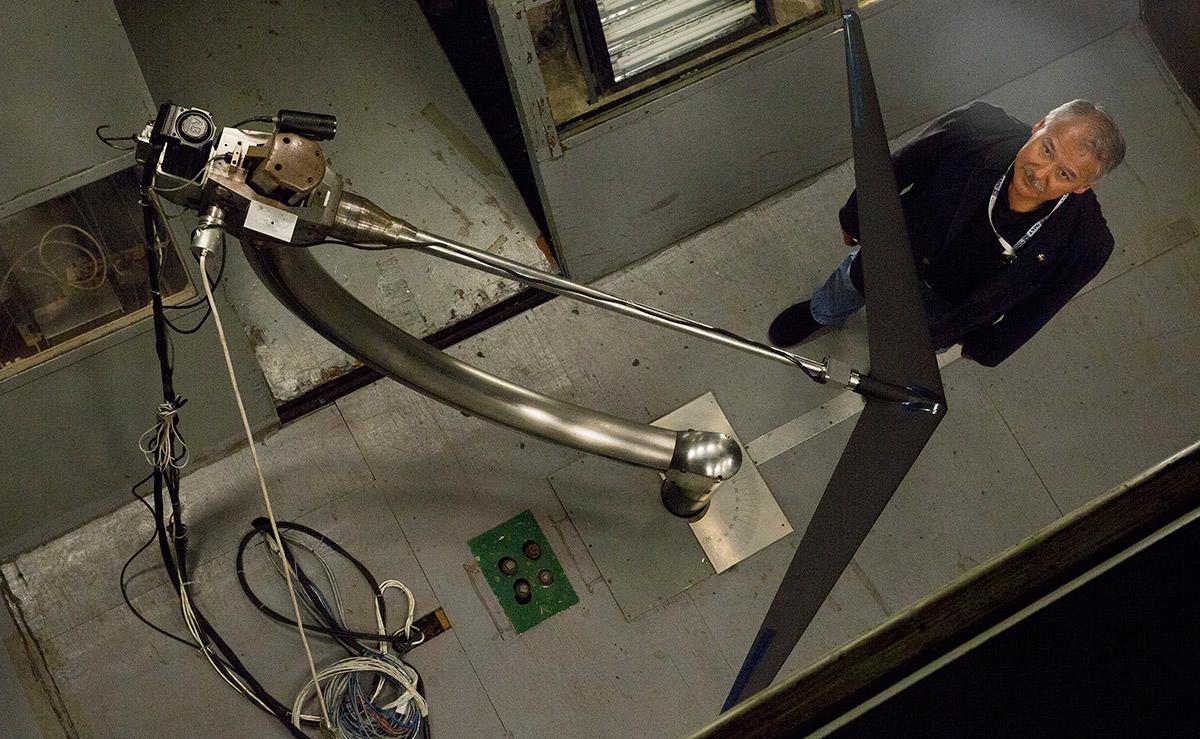 Earlier this year, NASA Armstrong Flight Research Center's and Langley Research Center's request to get funding for the wind tunnels meant to test their new boomerang-shaped wings was granted. They believe the structure could lead to more efficient planes, even ones meant to be sent to Mars. Now, the two facilities are done subjecting a six-foot-span model of the shape they had in mind -- based on aircraft development from back in the 1930s -- to a series of wind tunnel tests. Thankfully, the results sound promising: according to NASA Armstrong chief scientist Al Bowers, the simulation proved that the wings are very stable and can maintain control even when completely stalled.

This wing structure is actually "an amalgamation of the (V-shaped) Prandtl-d vehicles flown at NASA Armstrong," and the scientists likely took the best thing out of every model to make the ideal shape. Still, the team members plan to conduct even more flight testing to make sure it can really lead to better planes. It's worth noting that the space agency has been considering a boomerang-like aircraft for future Mars exploration for quite some time: in fact, the Preliminary Research Aerodynamic Design to Land on Mars (Prandtl-m) project is based on Prandtl-d.

In this article: aircraft, drone, mars, marsplane, nasa, space, uav
All products recommended by Engadget are selected by our editorial team, independent of our parent company. Some of our stories include affiliate links. If you buy something through one of these links, we may earn an affiliate commission.