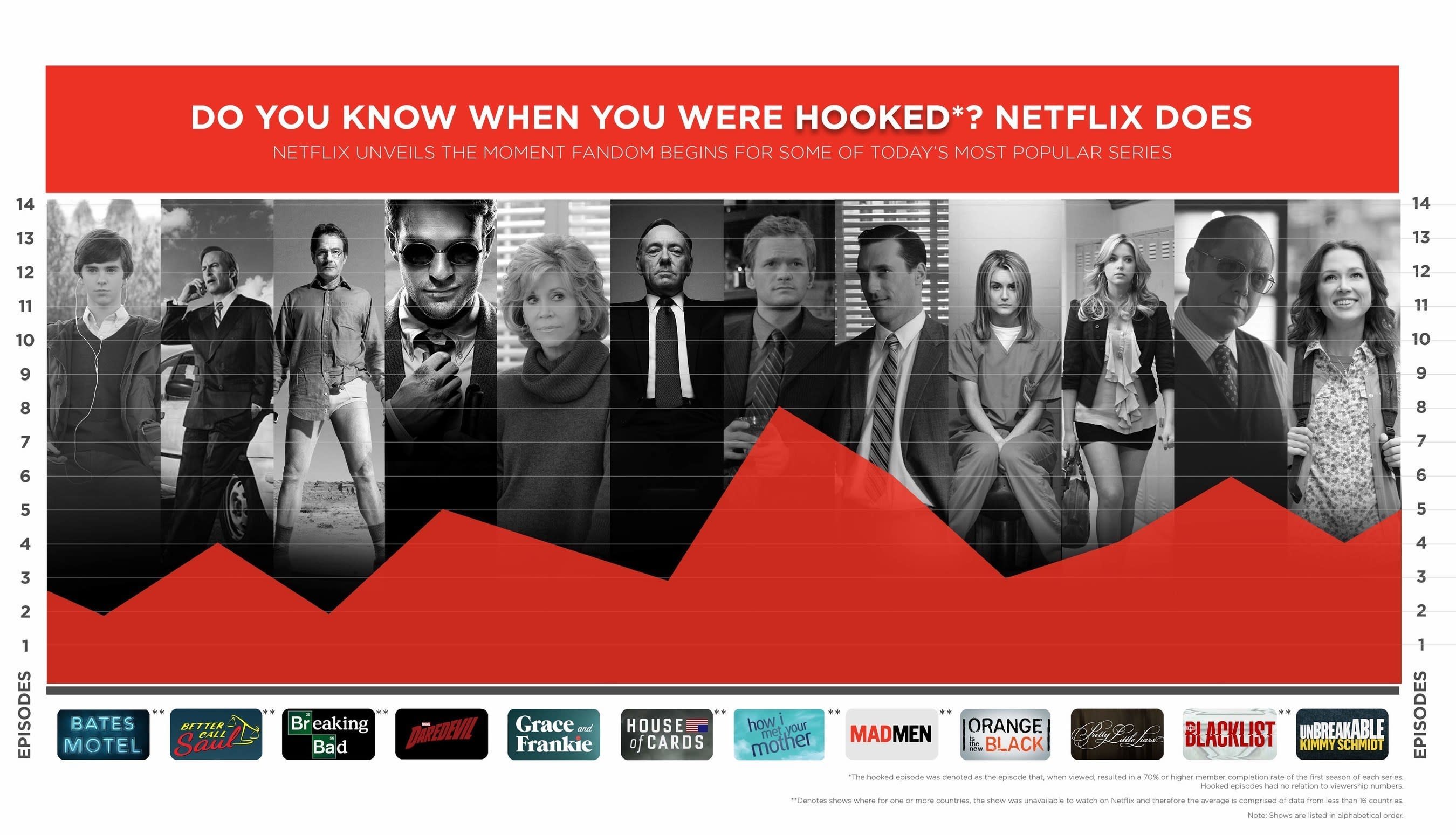 Viewers were hooked on to Breaking Bad long before Walter White became Heisenberg. According to a Netflix data analysis, the second episode, where Walt and Jesse flipped a coin to see who would kill Krazy 8, turned viewers into fans. The on-demand video streaming site has scanned global streaming data across 25 massively popular shows (including House of Cards, Dexter, Mad Men, Sense8 and more) to zone in on the "hooked episode", when 70% of the viewers who watched that episode went on the finish the entire season. While viewers are often pulled into the plot of a show early on in its inaugural season, the exact "hooked" episodes vary from show to show.

Contrary to popular belief, the pilot of a show doesn't spell doom or success right away. "Given the precious nature of primetime slots on traditional TV, a series pilot is arguably the most important point in the life of the show," Ted Sarandos, Chief Content Officer for Netflix, said in a statement. "However, in our research of more than 20 shows across 16 markets, we found that no one was ever hooked on the pilot. This gives us confidence that giving our members all episodes at once is more aligned with how fans are made."

This global research that pulled data from 16 countries, including US, UK, Brazil, Australia to name a few, seems to validate the site's "all at once" motto. But according to the WSJ, the findings that pin-point when viewers bail on a series haven't been disclosed.

In this article: BreakingBad, data, Netflix, OnDemandTv, streaming
All products recommended by Engadget are selected by our editorial team, independent of our parent company. Some of our stories include affiliate links. If you buy something through one of these links, we may earn an affiliate commission.