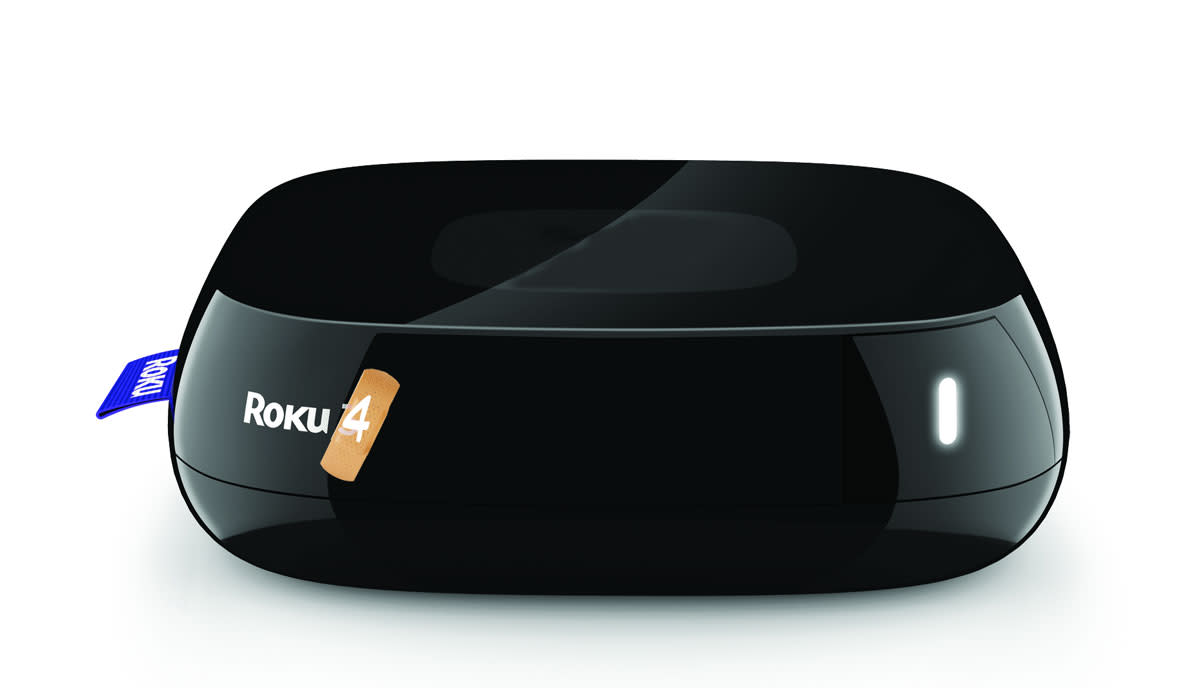 It was 2013 the last time that Roku launched a new flagship streaming box, and while we still adore the 3, the hardware can't avoid the ravages of time. Our friends over at Zatz Not Funny are reporting that the company is gearing up to replace it with a new high-end unit, the imaginatively-named Roku 4. As well as being the fourth in the series, the hardware expected to launch with 4K video playback as its primary selling point. The rumor began when streaming service Cinema Now accidentally launched a promotion for free HD rentals with every new Roku 4. Whoops.

That's not the only piece of evidence on the rap sheet, either. UKRokuChannels discovered a 4K Showcase offering on the platform's channel store, which was swiftly pulled by the company. It'll come as no surprise that the company is embracing the standard, since it revealed in January that it was working on a 4K reference design. In addition, now that Amazon has added the feature to the new Fire TV, it's only a matter of time before Roku joined in. The firm wasn't able to respond in time for publication, but we'll keep a beady eye on the FCC's website over the next few weeks -- just in case.

Update: A new theory has emerged, suggesting that the Roku 3 might remain the flagship, but get a hardware refresh to include the new tech.

@danielwcooper The Roku(s) went thru the FCC this AM. Maybe they're keeping "Roku 2" & "Roku 3" but bumping to 4k. https://t.co/sPBBWstcW8

In this article: 4K, Amazon, CinemaNow, hdpostcross, Roku, Roku3, Roku4, Rumor, Streaming
All products recommended by Engadget are selected by our editorial team, independent of our parent company. Some of our stories include affiliate links. If you buy something through one of these links, we may earn an affiliate commission.