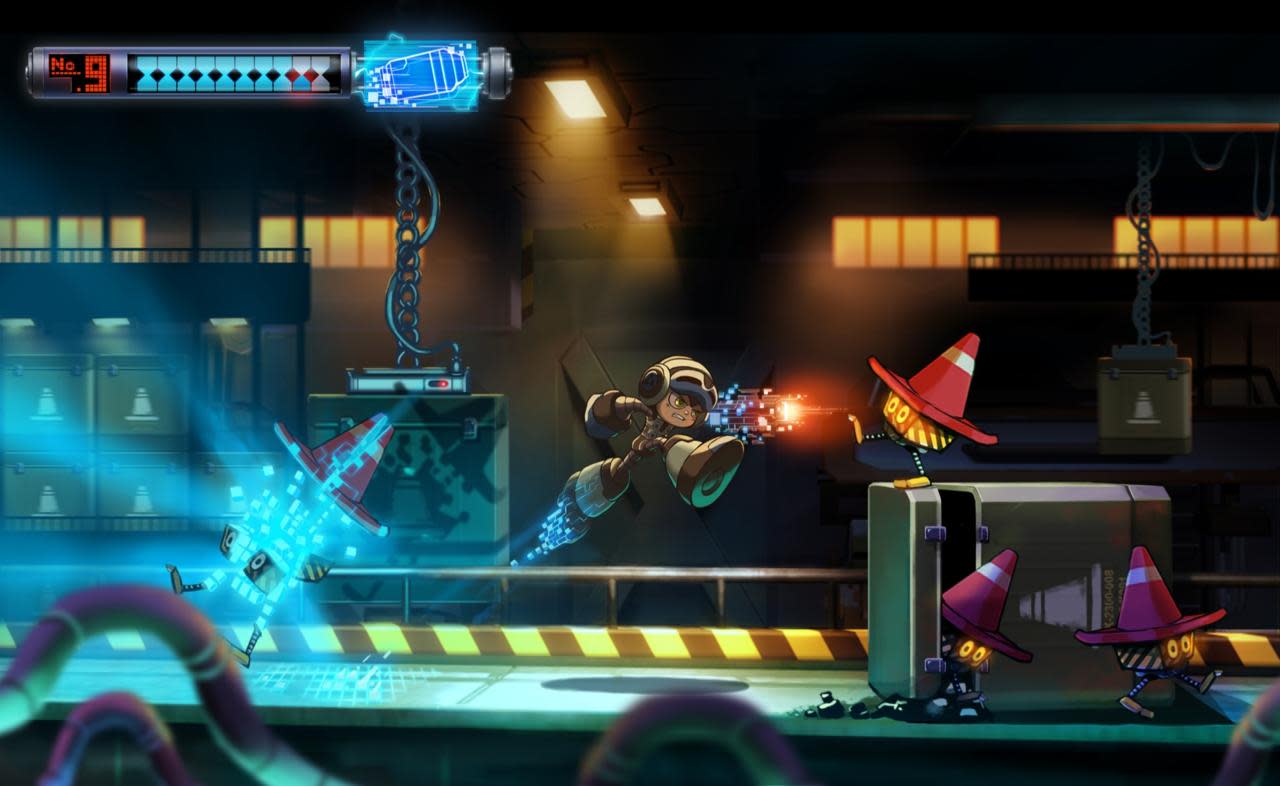 Even though Mighty No. 9, the new crowdsourced video game from venerated MegaMan creator Keiji Inafune, won't be available until some time in 2016, fans can still get a slice of the action. The game's production team tweeted Friday that the game had both a new release date and that it's playable demo has arrived on Humble Bundle. Per the game's Kickstarter page, Mighty No. 9 will hit American consoles on February 9th, 2016 and launch worldwide on February 12th. And, according to the Mighty No. 9 official site, users must log in to Humble Bundle using the same email address as their Kickstarter/Paypal pledge and follow the download link for the Special Demo Version.

Hey Mighties! We have two big announcements for you! The MN9 Demo is LIVE on Humble Bundle. And we have a new release date!

In this article: game, games, Keiji-Inafune, Kickstarter, MegaMan, mighty-no-9, MightyNo9, PayPal
All products recommended by Engadget are selected by our editorial team, independent of our parent company. Some of our stories include affiliate links. If you buy something through one of these links, we may earn an affiliate commission.