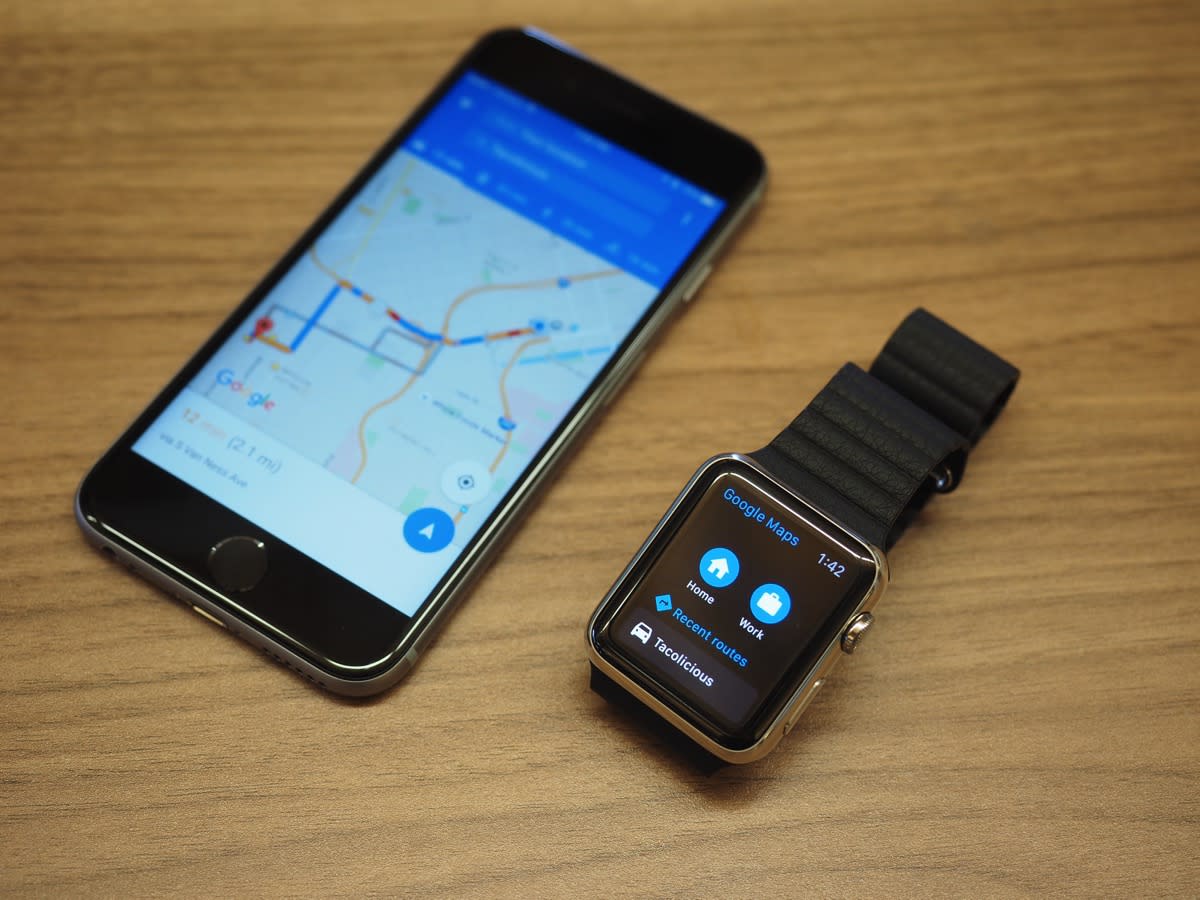 Sure, Apple Maps has improved significantly in the past few years since it launched, but for many Apple users it still doesn't hold a candle to Google Maps. But if you're an Apple Watch user who wanted to use your watch for directions, Apple Maps has been your only option -- until today. A new update for Google Maps on iOS rolled out today that includes full Apple Watch support, among some other useful features.

When you open up Google Maps directly on your Apple Watch, you're presented with two very simple options: directions to get you either to your home or your work (as already set in your Google account). It's a smart but very minimalist way to use the Watch; it doesn't look like there's a way to actually display a full map here, unlike in the Apple Maps app. A force press on the screen lets you swap between driving, walking, and transit directions. You can also quickly tap to get directions to recent places you've navigated to in Google Maps. And, of course, if you kick off a route on your phone, it'll appear on your Watch as you navigate to your destination and notify you of upcoming turns.

The other big change shows up on your phone, rather than on the Watch. There's a new, much improved navigational element for swapping between walking, driving, and transit directions -- and it shows you the expected time to your destination for each all in one view. The old method for swapping between direction types was pretty unintuitive, so we're happy to see this change. But overall, the big appeal of this update is definitely for Apple Watch owners. It's particularly timely given that WatchOS 2 and iOS 9 now support transit directions -- this update makes it a lot easier for Watch users to stick with Google. Go get it now in the iTunes Store.

In this article: apple, applewatch, applewatchapp, google, googlemaps
All products recommended by Engadget are selected by our editorial team, independent of our parent company. Some of our stories include affiliate links. If you buy something through one of these links, we may earn an affiliate commission.