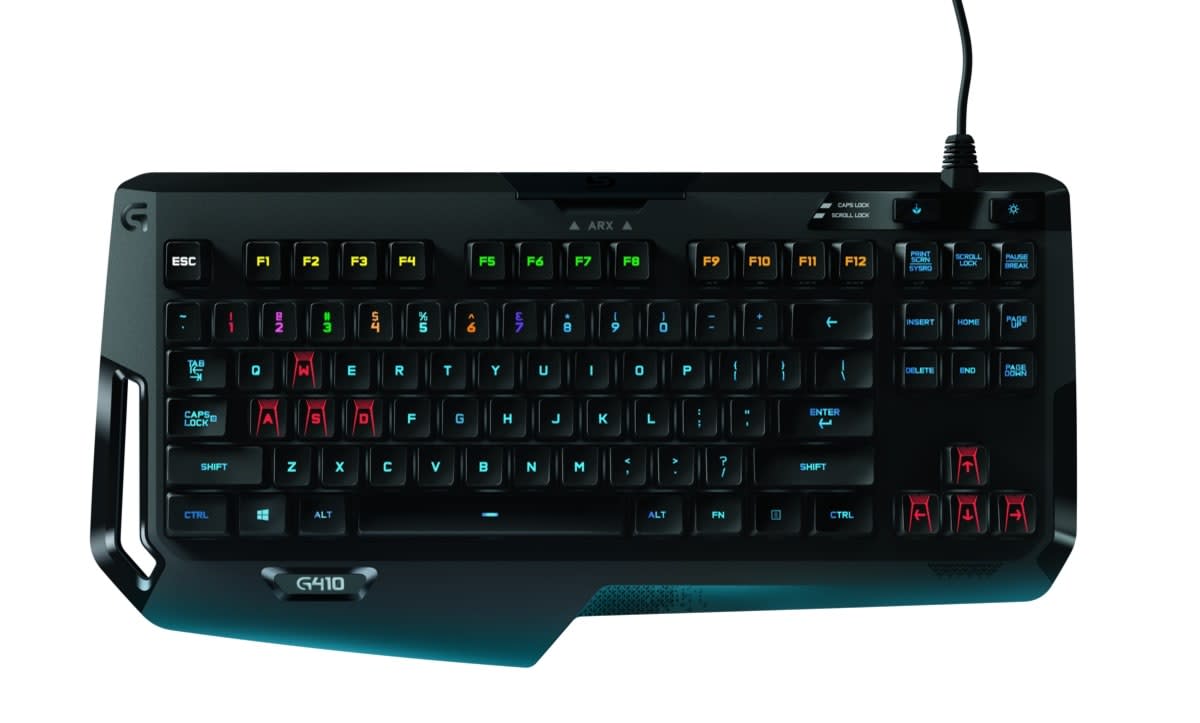 Mechanical keyboards aren't just for old school PC users anymore -- they've also become fairly popular among the PC gaming crowd. The downside for all that glorious, mechanical keyboard feedback? They're usually pretty hefty. Logitech aims to solve that problem with the G410 Atlas Spectrum TKL ($130), a gaming keyboard that eschews the right-hand number pad for a slimmer design. Unlike some mechanical keyboards, it also doesn't have a metal plate inside, which adds quite a bit of weight. Logitech claims its Romer-G mechanical switches allow the G410 to register key presses 25 percent faster than other mechanical keyboards, and they're also designed to withstand 70 million keystrikes (around 40 percent more than the competition). At 1.8 pound, the G410 is half the weight of Logitech's larger G910 keyboard, making it a far better option for lugging around.

Being something for the gaming crowd, the G410 also packs in a bevy of lights. Yes, they're still a bit garish, but they're also more than mere decoration. Developers can have specific elements of their games activate different areas of the keyboard -- for example, they can make certain keys light up like a speedometer for a racing game (something one company is already doing). If you've got other Logitech G devices, like the G633 headset and G303 mouse, you can also sync up all of their lighting.

I've grown used to the flatter, chiclet-style keyboards that are just about everywhere these days, but typing on the G410 brought back some of my earliest PC memories. There was just the right amount of "oomph" when I tried typing a few sentences. Exploring the world of The Witcher 3 with the G410 also felt dramatically different than my existing wireless keyboard and mouse setup. I'm not quite sure if it makes sense to actually write with mechanical keyboards anymore (thought I know many people who swear by them), but I could see how the extra feedback from the G410 could make games a lot more rewarding (even if it's a purely psychological bonus).

The Logitech G410 will hit the U.S. and Europe in October. Check back soon for deeper impressions.

In this article: G410, Logitech, mechanicalkeyboards
All products recommended by Engadget are selected by our editorial team, independent of our parent company. Some of our stories include affiliate links. If you buy something through one of these links, we may earn an affiliate commission.