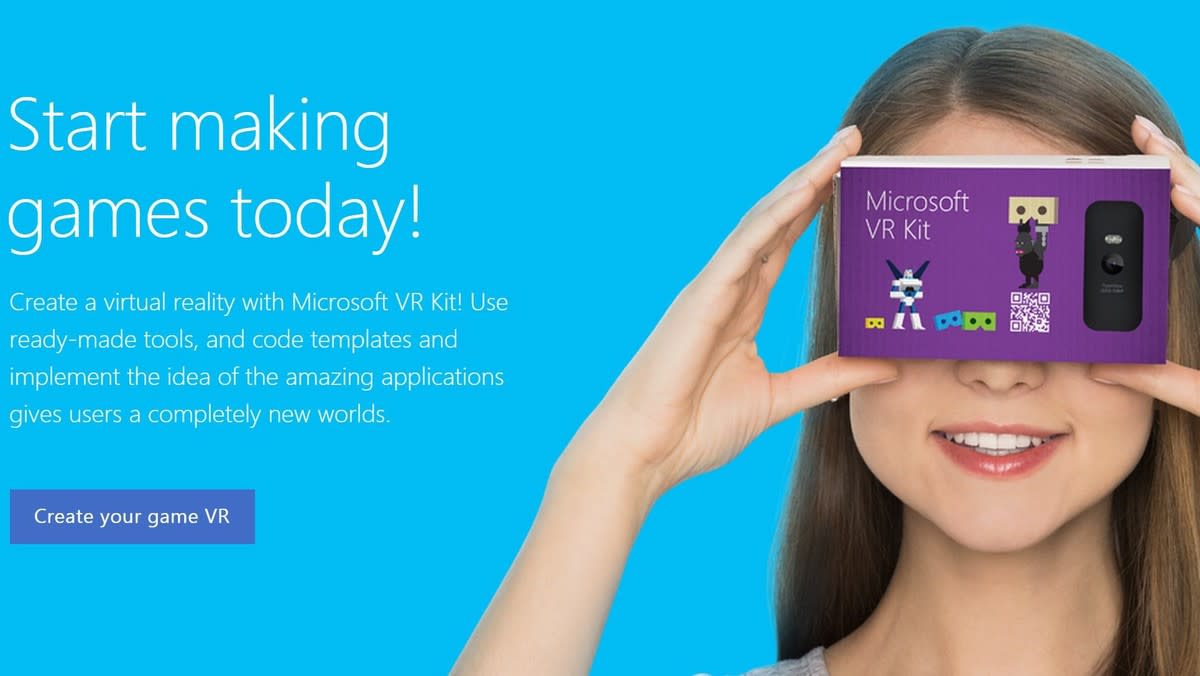 If Google Cardboard is just a little too cheap looking for your tastes, you're in luck: Microsoft is making its own foldable VR headset. And it's purple. The Microsoft VR Kit, as it's called, was announced as part of Microsoft-hosted virtual reality hackathon happening in Russia next month -- developers will presumably use the headset to prototype VR content on Lumia devices.

What's that? You're not going to be in Russia next month? Then you'll have to sit tight -- Microsoft hasn't said anything about the device outside of the hackathon's event page, but there's a chance the VR Kit could show up at the company's Windows 10 event on October 6th. Will it be part of a push to get developers working on hololens content? The prototype for a Windows-based Gear VR competitor? Just a nice freebie for folks who attend? We'll be there, and we'll let you know.

In this article: google, googlecardboard, lumia, microsoft, microsoftvrkit, virtualreality, vrkit
All products recommended by Engadget are selected by our editorial team, independent of our parent company. Some of our stories include affiliate links. If you buy something through one of these links, we may earn an affiliate commission.