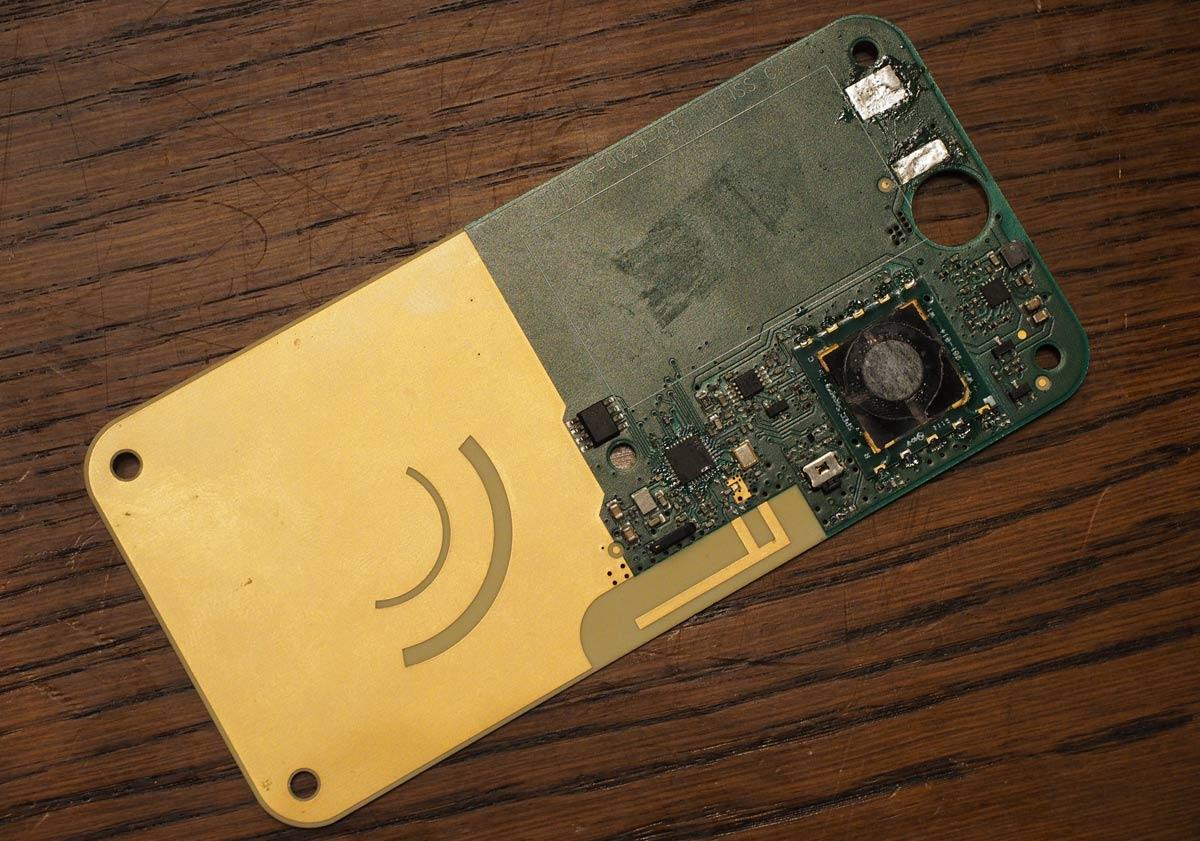 What you see above may look like an unremarkable slice of electronics, but it can theoretically power a low-energy device forever, and for free. If that sounds like a big deal, well... that's because it is. Drayson Technologies today announced Freevolt, a system that harvests energy from radio frequency (RF) signals bouncing around in the ether and turns it into usable, "perpetual power." Drayson isn't exactly a household name, but the research and development company has a particular interest in energy, especially where all-electric racing is concerned. And now it's developed the first commercial technology that literally creates electricity out of thin air.

We're constantly surrounded by an ever-denser cloud of RF signals. They're the reason your smartphone gets 2G, 3G and 4G coverage, your laptop gets WiFi, and your TV receives digital broadcasts. Capturing energy from this background noise is nothing new, but most proof-of-concept scenarios have employed dedicated transmitters that power devices at short ranges. Furthermore, research into the field has never really left the lab, though a company called Nikola Labs is hoping to release an iPhone case that's said to extend battery life using RF energy harvesting.

According to Drayson, Freevolt is the first commercially available technology that powers devices using ambient RF energy, no dedicated transmitter required. The key to Freevolt is said to be the efficiency of its three constituent parts. A multi-band antenna scavenges RF energy from any source within the 0.5-5GHz range, which is then fed through an "ultra-efficient" rectifier that turns this energy into DC electricity. A power management module boosts, stores and outputs this electricity -- and that's all there is to it. Freevolt may well be the most efficient system of its kind, but it's still only viable for devices that require very little power. In a location where lots of RF signals are flying around, like in an office, a standard Freevolt unit can produce around 100 microwatts of power. That's nowhere near enough to say, run your smartphone, but Drayson has some specific use cases in mind. The company thinks Freevolt can be the backbone of the connected home, and in a broader sense, the internet of things. Sensor-based devices, such as a smart smoke alarm, can be powered by Freevolt indefinitely. Beacons that provide indoor mapping and targeted advertising are also perfect candidates.

While it's easy to visualize specific examples -- a smoke alarm that never needs a new battery, or a low-power security camera that isn't bound to a mains outlet -- the true potential of Freevolt is hard to grasp. We're talking about free energy here: devices that never need charging, cost nothing to run, and aren't limited by the location of an external power source. An entire smart city -- where roads know when they're busy and bins know when they're full -- could be devised using countless sensors that require no upkeep, and have no overheads beyond the price of the hardware itself. It's a powerful idea, and beyond sensors, Drayson imagines Freevolt being used to trickle-charge all kinds of hardware, significantly extending the battery life of a wearable, for instance.

What's more, Freevolt can be scaled up for applications that require higher power outputs, and Drayson is currently working on miniaturizing its initial reference design and creating a flexible version that can be integrated into clothing, among other things. There are limitations to the technology, of course. The amount of power Freevolt can harness depends on the density of ambient RF signals, which are way more prevalent in urban areas than the countryside. A sensor-based product could still operate in these lower-yield environments, though, by monitoring a value every five minutes instead of every five seconds, for example. Drayson's business model involves selling licenses to Freevolt and its related patents, as well as offering guidance and technical support to interested parties. Development kits are also available to pre-order from today, so advanced tinkerers can get their hands on the tech too. It might take some time before Freevolt finds its way into products, as Drayson is relying primarily on other companies to dream up and develop real-world applications. That said, Drayson has created a consumer product of its very own that's powered solely by Freevolt: an air pollution monitor called CleanSpace.

The CleanSpace Tag is a continuous carbon monoxide monitor that sends data back to your smartphone via Bluetooth. From the companion app, you can see real-time air pollution levels, and review your exposure during that day, recent weeks and further. The app also keep tabs on your travels, encouraging you to build up "CleanMiles" by walking and cycling rather than taking motorized transport. These banked CleanMiles can then be exchanged for rewards provided by partners such as Amazon, incentivizing you to travel in non-polluting ways.

Air pollution is of particular interest to Lord Drayson, chairman and CEO of Drayson Technologies, who hopes to increase awareness of the invisible health risk. But, there's also a bigger picture. The CleanSpace app uses data from the 110 static sensors dotted around London to build a pollution map of the capital. Each CleanSpace Tag also feeds anonymized data into this system, with the idea being the more tags in the wild, the more locally relevant and robust that UK pollution map can become. CleanSpace users can therefore decide on the fly to avoid more polluted areas in favor of cleaner routes. The plan is to expand the crowdsourced data concept elsewhere if it's well received, but for now the CleanSpace Tag is only available in the UK through a crowdfunding campaign. Pricing starts at £55 per tag, though you might want to buy one just to rip it open and see the Freevolt backbone hidden inside.

In this article: drayson, draysontechnologies, freeenergy, freevolt, wirelesspower
All products recommended by Engadget are selected by our editorial team, independent of our parent company. Some of our stories include affiliate links. If you buy something through one of these links, we may earn an affiliate commission.