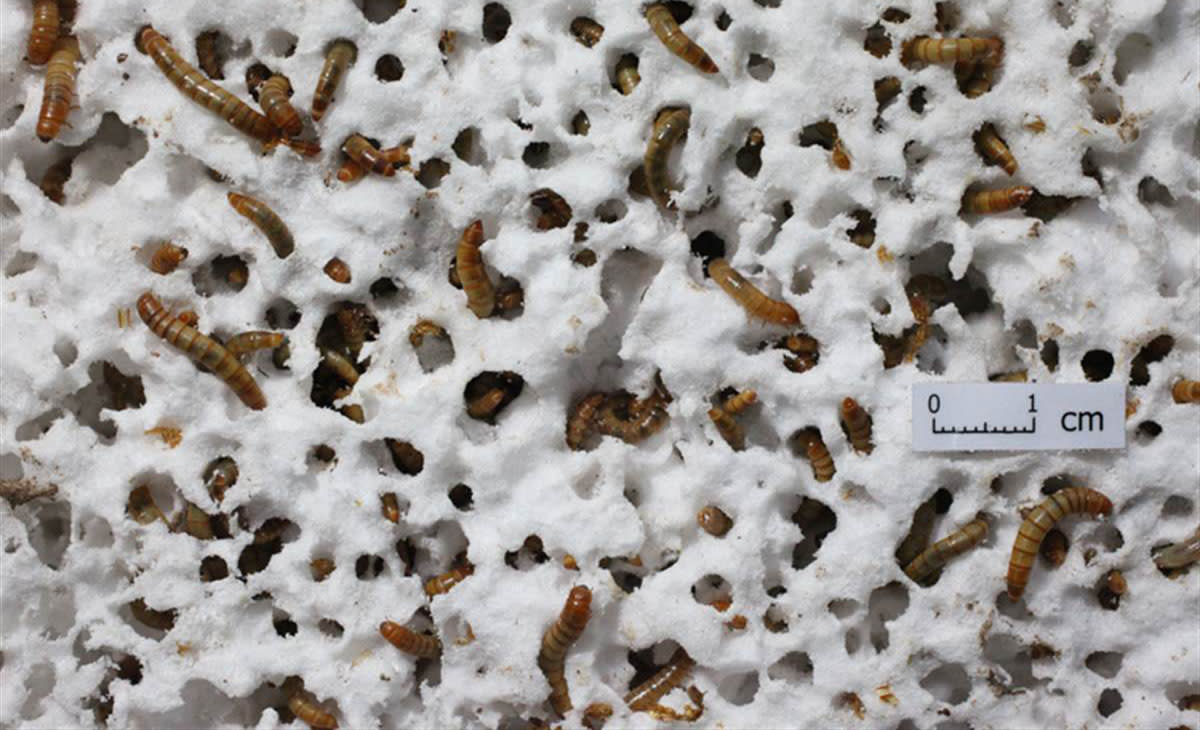 Researchers have found a scourge for the 33 million tons of plastic dumped each year in the US: mealworms. A team from Stanford and China's Beihang University found that the beetle larvae stay perfectly healthy eating just Styrofoam, which is normally considered non-biodegradable. Better still, the worms convert the plastic to CO2 and waste that's safe to use as soil for crops. The scientists were as surprised by the discovery as you might be. "There's a possibility of really important research coming out of bizarre places," said Stanford professor Craig Criddle. "This is a shock."

Mealworms don't have some kind of magic digestive system, of course. Earlier research has showed that microorganisms in the stomachs of Indian mealmoths can digest the polyethylene plastic used in garbage bags. The scientists now plan to study such bacteria to see whether they can biodegrade plastics used in automotive components and microbeads that pollute water supplies. The goal is to eventually cut out the middleman ("middleworm"?) and isolate the bioenzymes used by microorganisms to break down the plastics. That could result in new methods of reducing plastic waste that's already in the environment, and new types of bio-plastics that won't accumulate on land or at sea.

In this article: environment, mealworm, plastic, recycling, styrofoam, Worms
All products recommended by Engadget are selected by our editorial team, independent of our parent company. Some of our stories include affiliate links. If you buy something through one of these links, we may earn an affiliate commission.