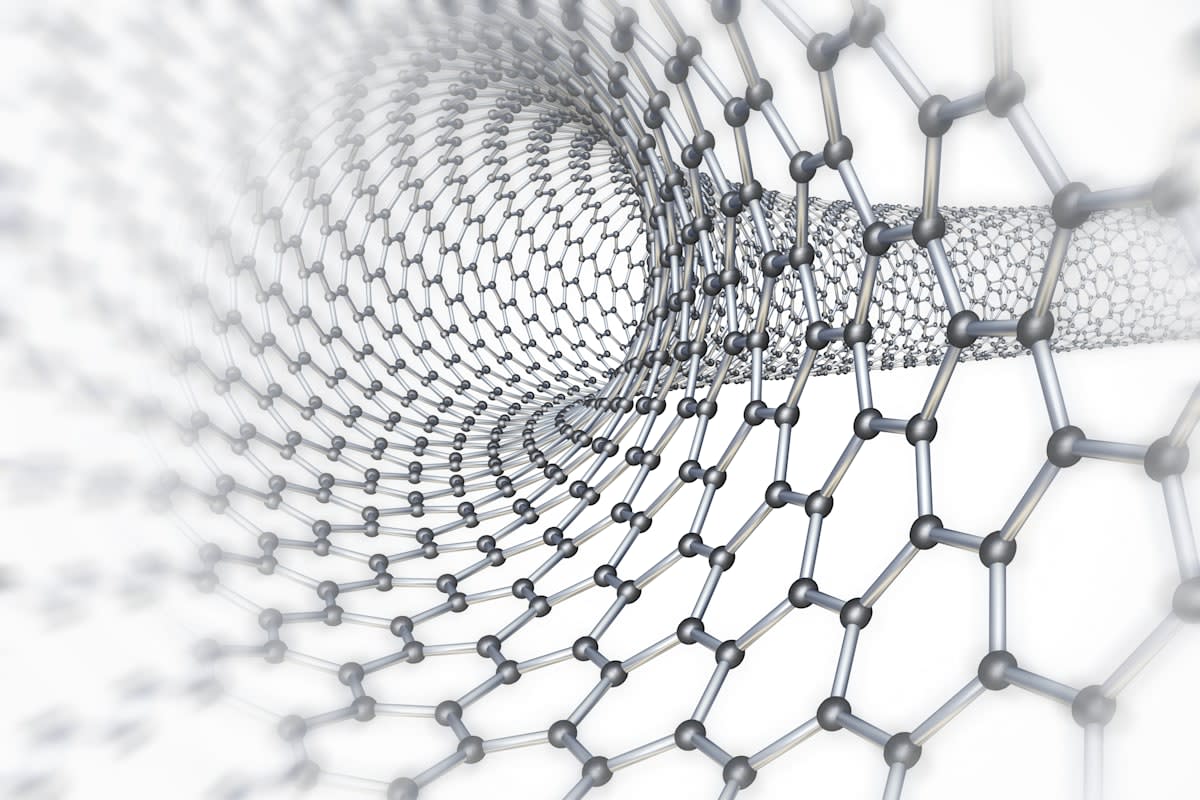 Following Moore's law is getting harder and harder, especially as existing components reach their physical size limitations. Parts like silicon transistor contacts -- the "valves" within a transistor that allow electrons to flow -- simply can't be shrunken any further. However, IBM announced a major engineering achievement on Thursday that could revolutionize how computers operate: they've figured out how to swap out the silicon transistor contacts for smaller, more efficient, carbon nanotubes.

The problem engineers are facing is that the smaller silicon transistor contacts get, the higher their electrical resistance becomes. There comes a point where the components simply get too small to conduct electrons efficiently. Silicon has reached that point. But that's where the carbon nanotubes come in. These structures measure less than 10 nanometers in diameter -- that's less than half the size of today's smallest silicon transistor contact. IBM actually had to devise a new means of attaching these tiny components. Known as an "end-bonded contact scheme" the 10 nm electrical leads are chemically bonded to the metal substructure. Replacing these contacts with carbon nanotubes won't just allow for computers to crunch more data, faster. This breakthrough ensures that they'll continue to shrink, following Moore's Law, for several iterations beyond what silicon components are capable of.

"These chip innovations are necessary to meet the emerging demands of cloud computing, Internet of Things and Big Data systems," Dario Gil, vice president of Science & Technology at IBM Research, said in a statement. "As technology nears the physical limits of silicon, new materials and circuit architectures must be ready to deliver the advanced technologies that will drive the Cognitive Computing era. This breakthrough shows that computer chips made of carbon nanotubes will be able to power systems of the future sooner than the industry expected." The study will be formally published October 2nd, in the journal Science. This breakthrough follows a number of other recent minimization milestones including transistors that are only 3-atoms thick or constructed from a single atom.

In this article: CarbonNanotubes, contacts, IBM, mobilepostcross, SiliconTransistor, transistors
All products recommended by Engadget are selected by our editorial team, independent of our parent company. Some of our stories include affiliate links. If you buy something through one of these links, we may earn an affiliate commission.