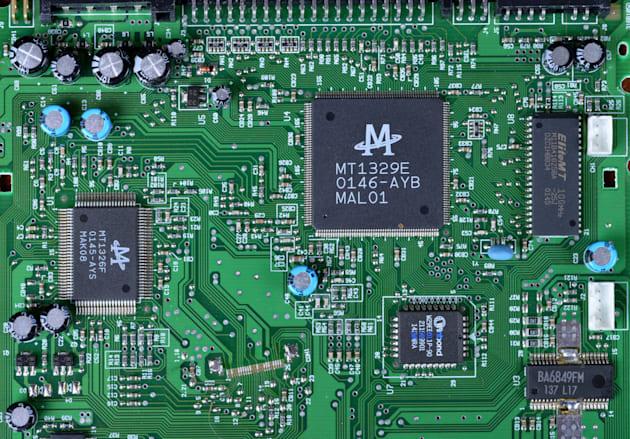 Researchers from Cornell University announced a breakthrough in transistor technology in the latest issue of the journal, Nature. The team has reportedly developed a novel and highly efficient method of producing an experimental material known as transition metal dichalcogenide (TMD). TMD is an exceedingly thin (but highly conductive) film, which makes it useful in many high-tech applications -- everything from solar cells to flexible, wearable gadgets -- but also makes it a huge pain to produce in appreciable quantities. That is, until now.

"Our work pushes TMDs to the technologically relevant scale, showing the promise of making devices on that scale," Saien Xie, one of the paper's lead authors. TMD, like the similarly touted wonder-material graphene, could help extend Moore's Law by providing a stable and compact substrate onto which engineers can pack an ever-increasing number of circuits. However, since it's only three atoms thick, TMD production typically suffers from a high rate of breakage and failure. The new method from Cornell, which mixes diethylsulfide and a metal hexacarbonyl compound atop a silicon wafer and then bakes them for 26 hours in hydrogen gas, has proven far more successful.

Out of a batch of 200 such wafers created for the study, only two failed -- that's a 99 percent success rate. With these results in hand, the research team hopes to streamline the manufacturing process as well as improve the consistency of the resulting film. The technology is still at least a few years away from being commercially viable, but when it is, we could see it usher in a new era of paper-thin, super-powerful electronics.

In this article: cornell, CornellUniversity, hardware, TMD, transistors, transitionmetaldichalcogenide
All products recommended by Engadget are selected by our editorial team, independent of our parent company. Some of our stories include affiliate links. If you buy something through one of these links, we may earn an affiliate commission.