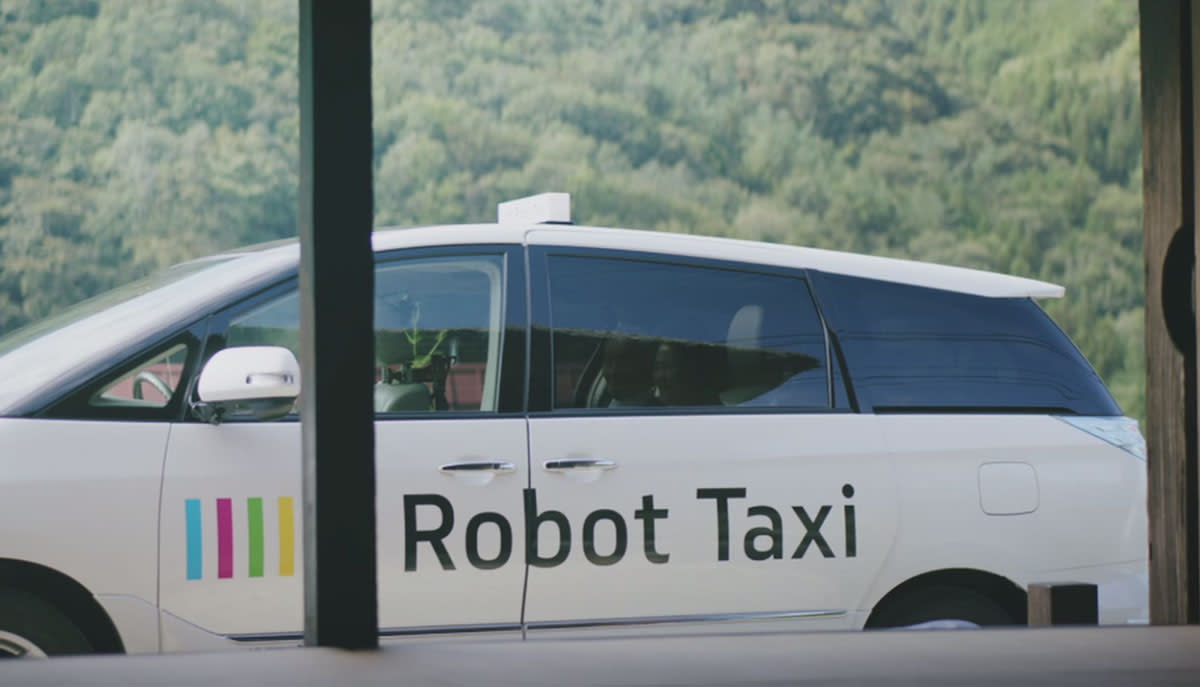 Self-driving cars are a few years away from becoming a thing, right? Not in Japan, where the company Robot Taxi has announced that it'll start testing robotic taxis in 2016. A report by the Wall Street Journal reveals that the firm will begin by offering autonomous rides to 50 people in Kanagawa prefecture, just outside Tokyo. The limited trial will ferry the participants from their homes to local stores and back again, all the while with a human operator in the driving seat -- just to make sure that nothing goes wrong.

If the experiments are successful, Robot Taxi expects to have a fully commercial service up and running by 2020. The idea, at least initially, will be to run routes in places where public transport isn't built out, as well as helping tourists get around. If you check out the video below, you'll notice that the stars of the clip aren't hip young millennials, but an elderly couple looking to get out and about.

Japan, if you didn't know, has the world's highest population of older people, with 33 percent of its population having celebrated their 60th birthday. As a consequence, there's an urgent need to care for these citizens, which the nation is doing by trying to develop robots that can do the leg work. That includes handing out IBM-tweaked iPads that can help senior citizens to organize their medication, shopping and exercise schedules. Then there's a robotic bear that is designed to help carry those with poor mobility from one place to another. It won't be long until there's robots designed to carry out tasks like washing your hair... nope, they already exist too.

In this article: Autonomous, culture, Elderly, gear, Japan, robots, RobotTaxi, SelfDrivingCar, timeline16selfdrive, transportation, video
All products recommended by Engadget are selected by our editorial team, independent of our parent company. Some of our stories include affiliate links. If you buy something through one of these links, we may earn an affiliate commission.