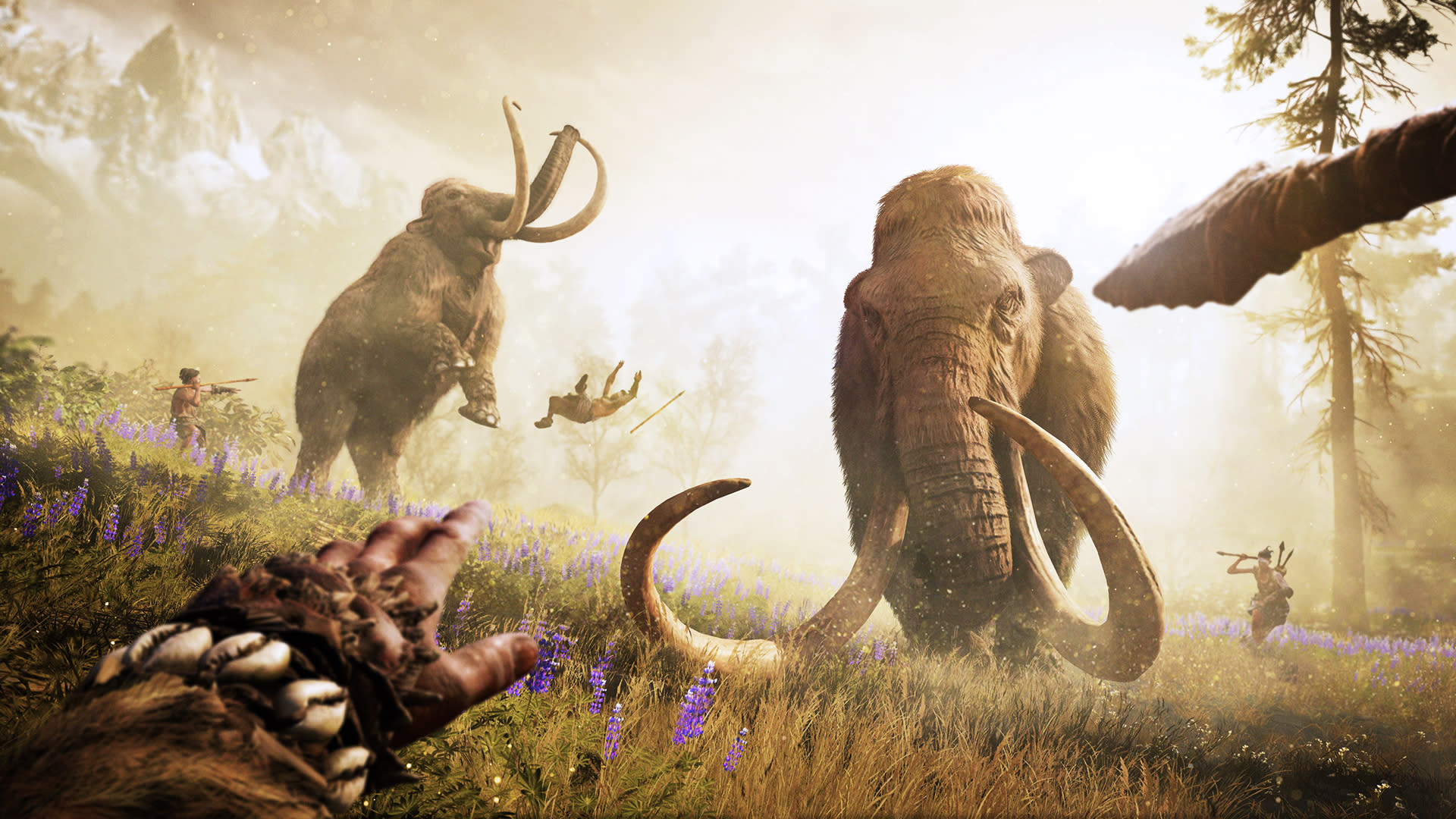 What would happen if you took the large, open-world chaos that defines the Far Cry series, removed the guns, vehicles, modern weapons and political character motivations? You'd have Far Cry Primal -- a survival epic staged in a re-imagined stone age. It's a different, but intriguing idea. The player takes on the role of Takkar, a lone hunter trying to survive on his own in the savage land of Oros. Really, the trailer says it all.

It's hard to imagine a better direction for a Far Cry game without guns. In addition to surviving the elements, Takkar will have to fight off packs of dire-wolves, hunt wooly mammoths, avoid deadly saber-toothed tigers and deal with the wrath of hostile, warring tribes. All the elements of the series are here, it just looks different. Still, it'll be awhile before we get to play it: Ubisoft has slated the game for launch in February of 2016. Check out the official page at the source link below for more details.

In this article: farcry, farcryprimal, gaming, pc, primal, ps4, trailer, ubisoft, video, videogames, xboxone
All products recommended by Engadget are selected by our editorial team, independent of our parent company. Some of our stories include affiliate links. If you buy something through one of these links, we may earn an affiliate commission.