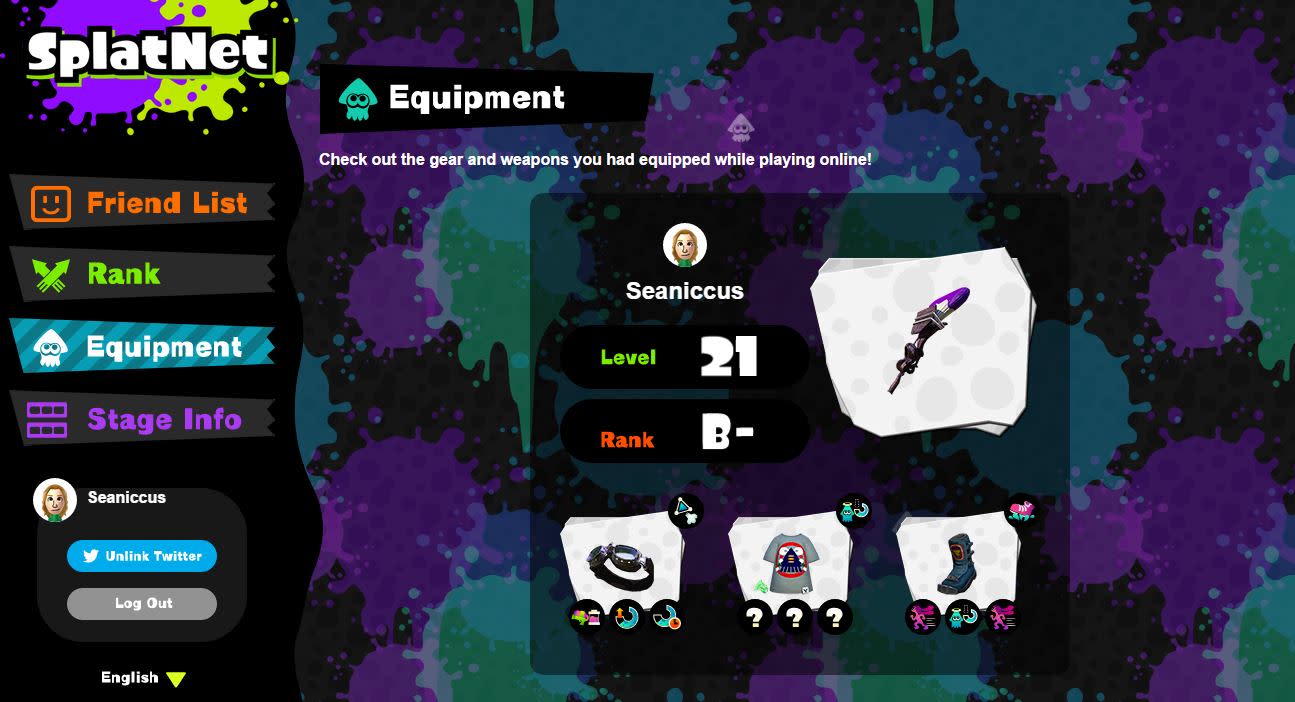 How do you get your Splatoon fix when you're away from your Wii U? With SplatNet -- the game's newly christened web portal, of course. Okay, it's not actually that new: Japanese players have had access to the website for months, but Nintendo only just recently got around to translating the portal for international audiences. It's a convenient online hub that lets users check their weekly ranking, plan future matches with friends, view equipped gear and more.

Companion websites are nothing new for online mulitplayer shooters (Battlefield players have BattleLog, for instance), but it's a fairly new concept for Nintendo. As usual, Mario's version has some quirks -- SplatNet has Twitter integration to automatically let your friends know if you're playing, but the feature is only active on Friday and Saturday. Still, it's something new to do with your Nintendo Network ID, and it does allow Splatoon players to see which multiplayer maps will be in rotation for the next 12 hours of online play. That's win-win. Check out SplatNet for yourself at Splatoon.Nintendo.net.

In this article: competitive, gaming, multiplayer, nintendo, online, shooters, splatnet, splatoon, videogames
All products recommended by Engadget are selected by our editorial team, independent of our parent company. Some of our stories include affiliate links. If you buy something through one of these links, we may earn an affiliate commission.