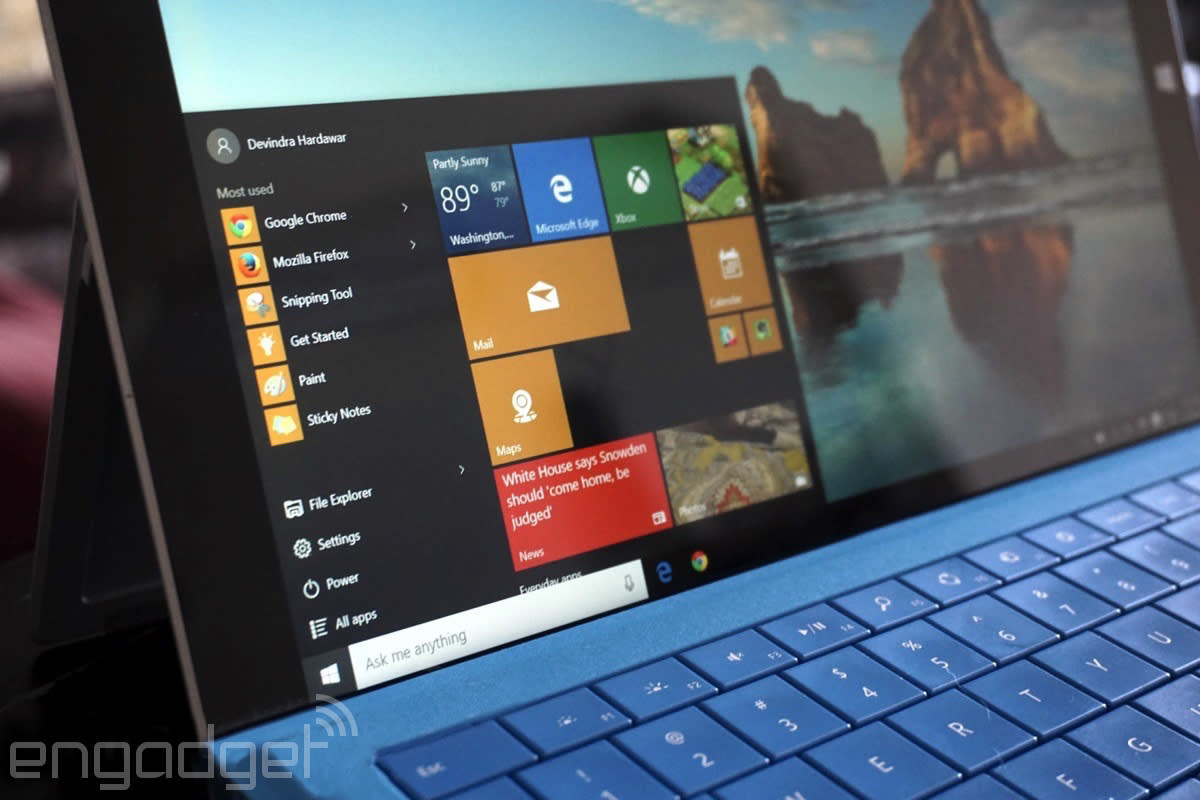 With Windows 10 being a free upgrade for Windows 7 and 8 users, it's no surprise that many have jumped at the chance to see what Microsoft's latest OS has to offer. In fact, only a day after its release, the company counted 14 million installs, which skyrocketed to 75 million less than a month after that. At the "Windows 10 devices" event today, Microsoft's Terry Myerson provided a brief update, announcing that figure has now reached a whopping 110 million. That's quite the number, especially considering Windows 10 has only been out for around 10 weeks. The overwhelming majority of installs are coming from regular consumers, too, with just over 8 million attributed to business PCs.

In this article: microsoft, microsoftwindows10, windows10, windows10devices
All products recommended by Engadget are selected by our editorial team, independent of our parent company. Some of our stories include affiliate links. If you buy something through one of these links, we may earn an affiliate commission.