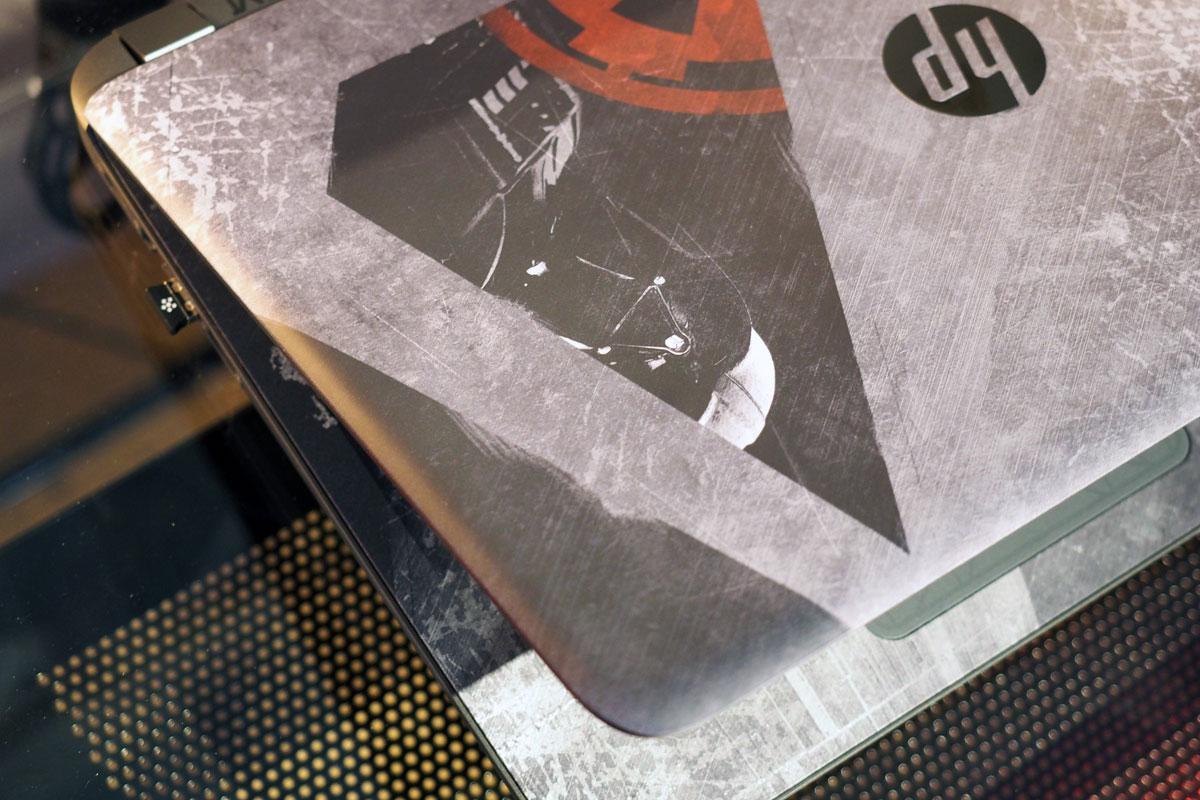 Depending on how you feel about Star Wars, either you've had enough of the gimmicky merchandising tie-ins, or you intend to buy all the things until the new movie comes out on December 18th. For our part, we don't know whether to be amused or excited by this special edition Star Wars laptop from HP. On the one hand, a notebook covered in images of Stormtroopers and the X-wing Star Fighter Guidance System, with Aurebesh lettering replacing English, is even dorkier than your typical gaming rig (and that's saying a lot). On the other, the Star Wars notebook is so committed in its dorkiness that it's hard not to be impressed by HP and Disney's attention to detail. 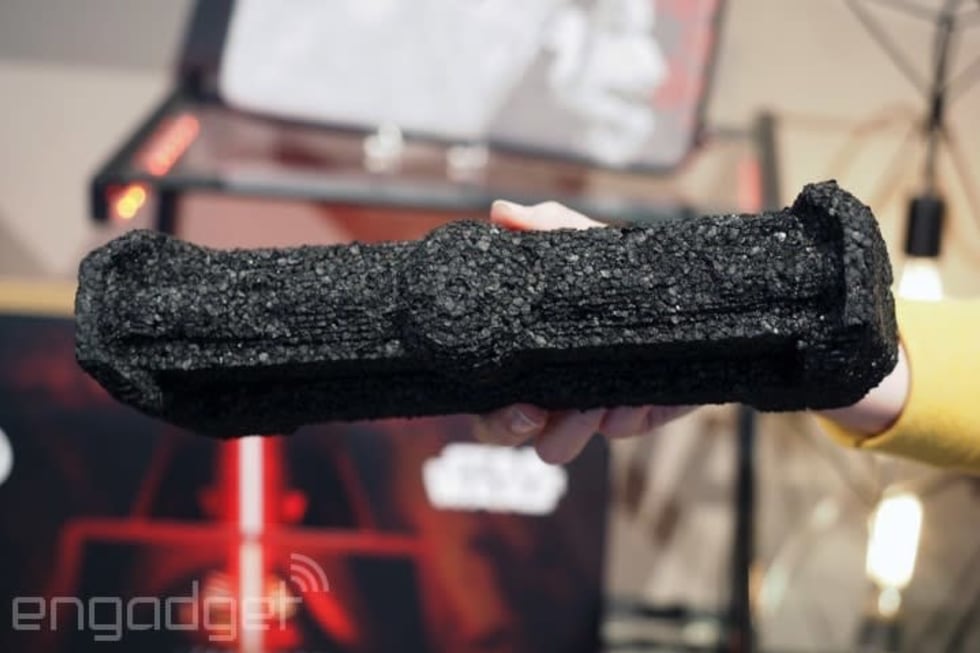 It all starts with the packaging. Even before you lay eyes on the laptop, you'll be greeted by a large box covered in Darth Vader's image, with a smaller box inside (also decorated with Darth) that houses all your cables and whatnot. Both boxes have a magnetic close, with the smaller of the two bearing the words "You don't know the power of the dark side" underneath the flap. The notebook itself is protected by foam inserts shaped like an Imperial starfighter. If you're into Star Wars (and of course you are), you won't want to throw the packaging away.

As mentioned earlier, the 15-inch notebook is covered in images of Stormtroopers and the X-wing Star Fighter Guidance System, with a textured, distressed finish on the lid meant to make the system feel "battleworn" (HP's words, not mine). Even the touchpad is decorated with the heads-up display from Luke Skywalker's Death Star trench run. Then there's that Aurebesh font, with the words "Galactic Empire" emblazoned across the hinge. This is also a good time to mention the matching accessories: a neoprene laptop sleeve and a wireless mouse. They don't come in the box, but I have a feeling more than a few of you will choose to go whole hog.

It's really the software, though, that made me realize how thorough HP and Disney-owned Lucasfilm were in designing this. Boot up the machine and you'll see that even the standard Recycle Bin has been replaced with a Death Star icon. From there, you can replace typical system sounds (like inserting a USB drive) with various Star Wars beeps and boops (think: R2-D2 or the lightsaber sound). There's even an Aurebesh system font. All that's not counting all the content HP pre-loaded, including 1,100-plus images including themes, galleries, screensavers, wallpapers, behind-the-scenes photos, storyboards, movie posters, classic photos and set and costume designs. Additionally, HP pre-loaded a Marvel Star Wars comic, various movie trailers and excerpts from select e-books.

Maybe it's that HP showed me the Star Wars laptop alongside its new gaming notebook, or maybe it was just the cheesy red keyboard backlighting, but I initially expected specs more in line with a gaming rig. It turns out, that while you can configure this with discrete graphics, it's more or less a mainstream notebook with an extremely nerdy facade. It starts with a sixth-gen Core i5 processor, with Core i7 available as well. At the highest-end, you can get it with 12GB of RAM and a 2TB hard disk, not to mention that NVIDIA GeForce 940M GPU. The display can be upgraded to a Full HD touchscreen as well. So, while some of you will end up with a decently fast machine, others of you will probably be settling for integrated graphics, a middle-of-the-road CPU and a modest amount of memory.

Star Wars fans can pre-order the laptop tomorrow for $700 (with an expected shipping date of November 8th), while the sleeve and mouse will be available for $40 apiece.

In this article: disney, hands-on, hp, lucasfilm, starwars, video
All products recommended by Engadget are selected by our editorial team, independent of our parent company. Some of our stories include affiliate links. If you buy something through one of these links, we may earn an affiliate commission.