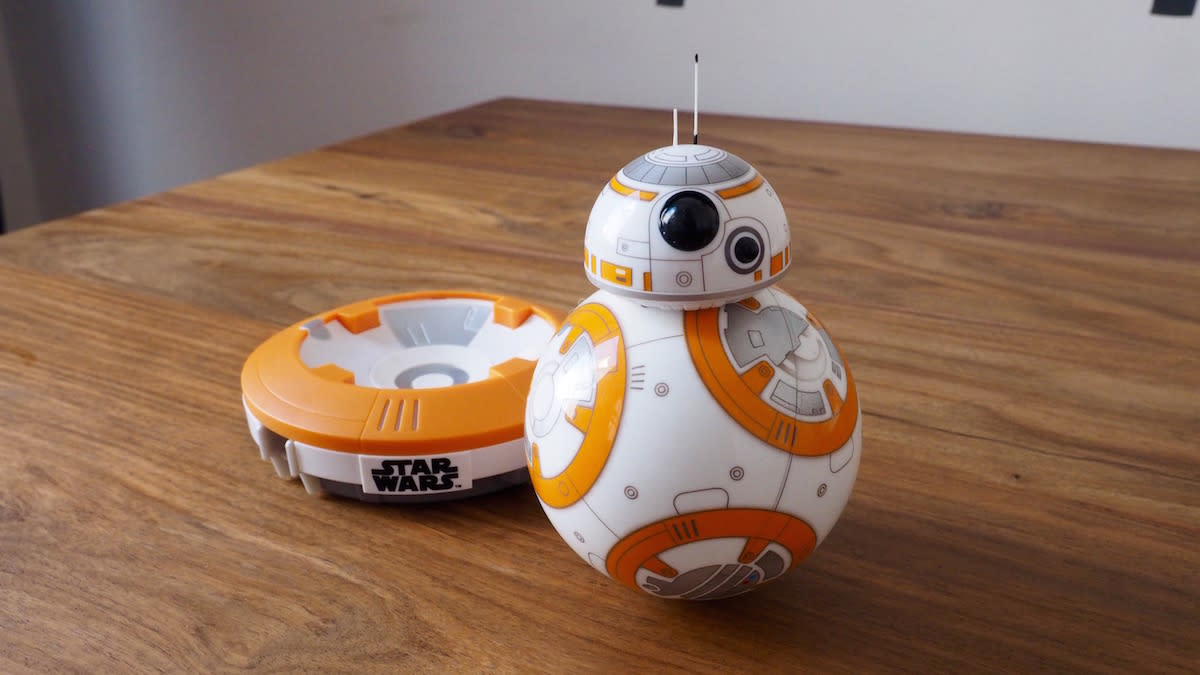 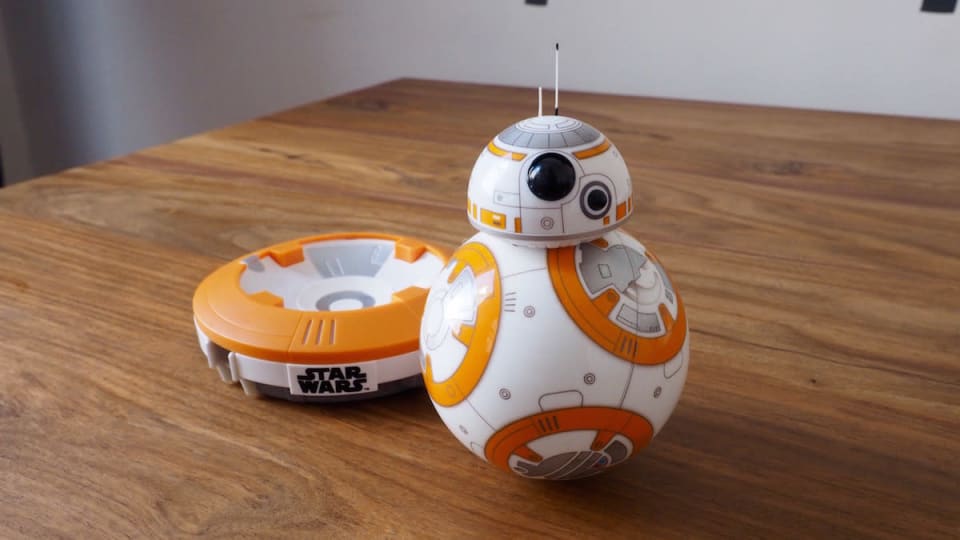 Back when Disney released the first trailer to Star Wars: The Force Awakens, one of the characters that caught most people's eye was BB-8. And for good reason: it's an adorable rolling droid. Now, Disney is bringing it to everyone through Sphero, the company known for its connected robotic toys. Meet BB-8 by Sphero, a toy version of the ball-shaped personality you'll see in the next Star Wars episode, which opens in theaters December 18th. Although this droid comes on a smaller scale than the prop introduced at the Star Wars Celebration a few months ago, it is as close to the real thing as you're going to get. Best of all, it is arguably one of the best (and cutest) Star Wars toys to date -- and that's saying a lot.

Gallery: This is the 'Star Wars' toy everyone will want | 22 Photos

Like Sphero's other toys, the BB-8 connects to iOS or Android devices (Sphero tweeted that it's working on Windows Phone support), though there's no need if all you want to do is keep it safe in the box or on a shelf. Once paired, the companion app offers access to three modes: Driving, Holographic Messaging and Patrol. For the second mode, Sphero used its augmented reality engine to turn videos into Star Wars' trademark holo messages -- those are recorded and viewed on the application. Patrol, meanwhile, shows a real-time log of BB-8's movements, based on the gyroscope and accelerometer sensors from your smartphone or tablet. Sphero says it chose to have these event logs because, even if it's a toy, it wants to encourage kids to learn about programming.

At launch, BB-8 won't be compatible with other Sphero apps, most of which are education-focused, but the company's CEO Paul Berberian says the plan is to work with Disney and Lucafilm to add more functionality in the future. "It is a connected toy. It will only get better with time as we get exposed to the story [Star Wars: The Force Awakens]".

"As we get to learn more about the character, we can bring more to it." Berberian adds that his firm is really interested in the notion of physical hardware, emphasizing how BB-8 is a new kind of toy. "It's not a plush toy, this is it. It is a robot. Now that we have that capability, it opens up this whole new realm. How do you tell a story with a physical robot? This is the perfect character to do it."

Compared to the regular Sphero, essentially a blueprint for this BB-8, Sphero improved the internals in a couple of ways. Other than the obvious changes, like having magnets to support BB-8's head, there's low-energy Bluetooth for the first time and its charging crate can now plug into a USB port for power, rather than depending on an outlet. But the best part about the toy, which fits in the palm of your hand, is simply how detailed it is -- just look at those tiny BB-8 antennas. That said, I do wish it looked more worn, straight out of the box, similar to the bigger BB-8 from the Star Wars Celebration convention. Still, I'm sure that's possible after playing with it for a few hours. And you'll want to do that as much as possible, because it's a ball of fun to control a rolling droid.

BB-8 by Sphero will be available at midnight for $150 (here's the list of retailers), but you better act fast -- we have a hunch it's going to be in high demand. Worst case scenario, you could always try to make your own. 22
In this article: BB-8, BB8, hands-on, hdpostcross, ifa2015, Robot, Robots, RobotToy, Sphero, StarWars, Toy
All products recommended by Engadget are selected by our editorial team, independent of our parent company. Some of our stories include affiliate links. If you buy something through one of these links, we may earn an affiliate commission.