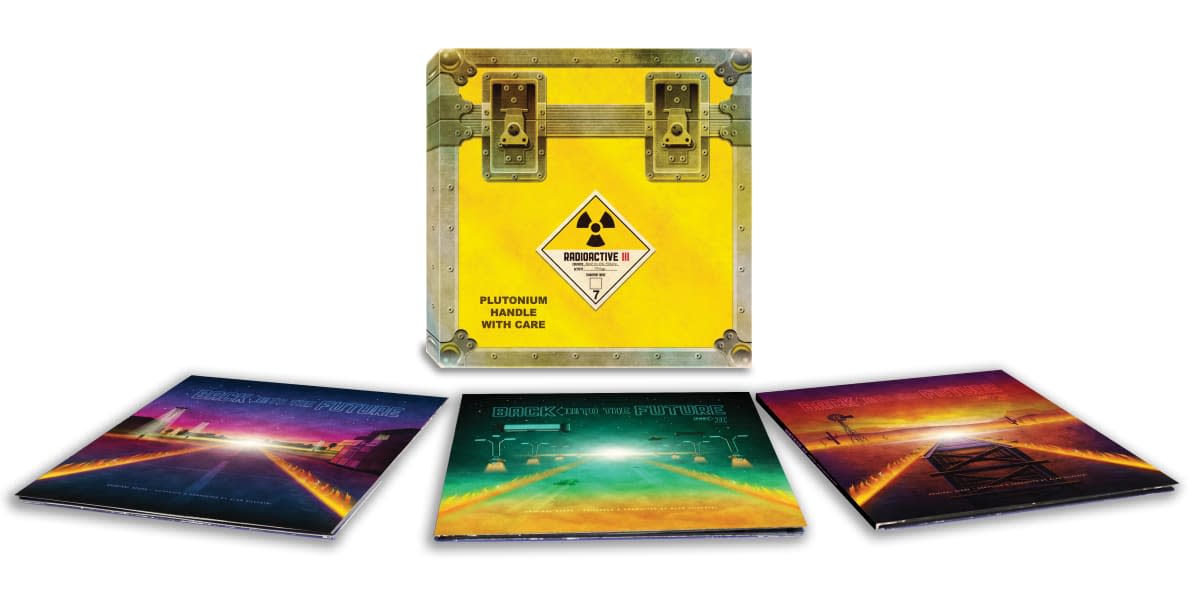 The so-called "future day" -- the day that Marty McFly and Doc Brown travel forward in time to in Back to the Future Part II -- is fast approaching. As such, the movie and music memorabilia masters at Mondo have put together a truly fitting record collection: The score for all three Back to the Future films will be available in full on vinyl for the first time. You can either pick up each movie individually as a two-record set for $35 each, or you can get all six records in an amazingly creative and beautiful box set. The full box set will run you $105. The individual album versions feature new artwork by Matt Taylor, who previously created screen-print Back to the Future posters for Mondo, while the box set artwork and design was done by DKNG Studios.

Gallery: Mondo's 'Back to the Future' vinyl collection | 8 Photos There's something delightfully ironic about a movie that celebrates high technology and the future having its soundtrack released on such an old-school media format -- it's a shame there's no reel-to-reel tape version available. But on the other hand, given the mid-'80s release of the first film, a vinyl release is entirely fitting. And those huge album covers are all the better to enjoy this wonderful artwork on. And the music has been remastered by composer Alan Silvestri specifically for this vinyl from the original recording tapes. If you're interested in getting your hands on this release, it'll go on sale on October 21st at an as-yet undisclosed time -- keep an eye on the Mondo Twitter feed for the exact on-sale time.

In this article: backtothefuture, bttf, filmscore, futureday, mondo, music, score, vinyl
All products recommended by Engadget are selected by our editorial team, independent of our parent company. Some of our stories include affiliate links. If you buy something through one of these links, we may earn an affiliate commission.