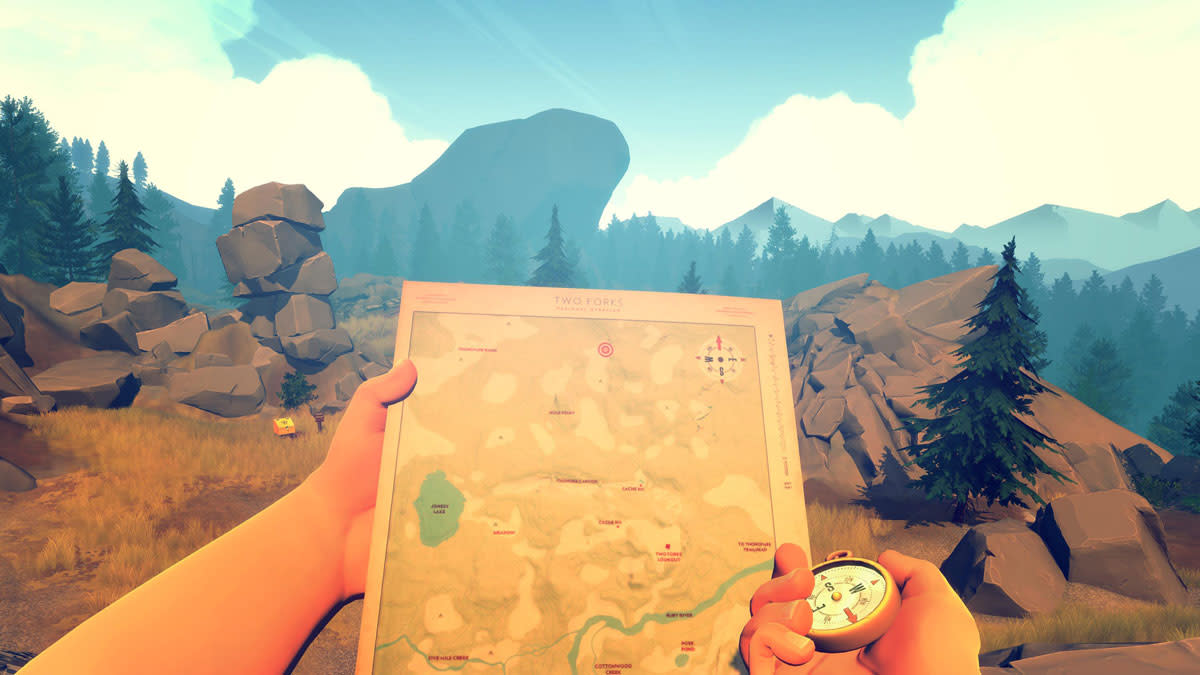 Campo Santo's Firewatch has racked up its fair share of hype: its creators hail from venerable studios like Telltale and Double Fine, and it's based on the unusual premise of serving as a lookout in the Wyoming wilderness. If that sounds intriguing, you'll be glad to hear that it won't be much longer before you can try it yourself. The team has revealed that Firewatch will be available on Linux, Mac, Windows and PlayStation 4 on February 9th, 2016. There's still a lot to show about the game in the months ahead, but early reports are promising. It thrives on strong characterization (you play a middle-aged man retreating from a failing marriage), and it blends first-person exploration with the challenges of a classic adventure game. Hopefully, the finished title lives up to the early promise.

In this article: camposanto, firewatch, games, gaming, kleientertainment, linux, mac, ps4, telltale, telltalegames, video, videogames, windows
All products recommended by Engadget are selected by our editorial team, independent of our parent company. Some of our stories include affiliate links. If you buy something through one of these links, we may earn an affiliate commission.