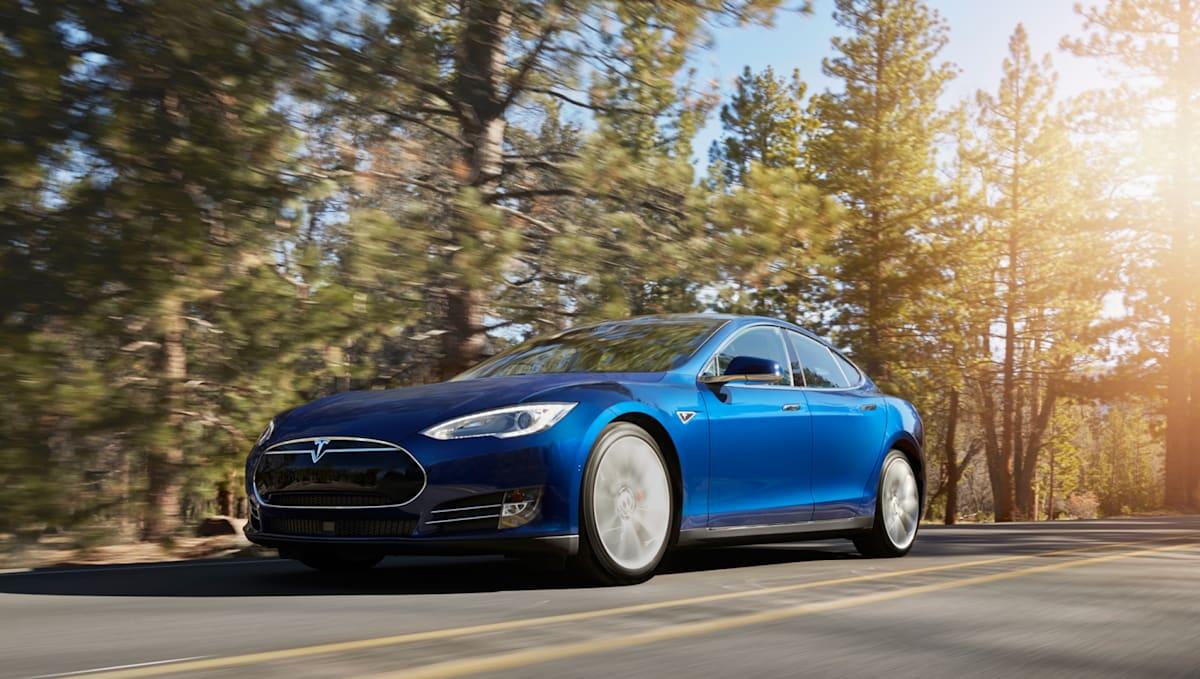 Elon Musk isn't happy just introducing an automobile and walking away to work on next year's model. Instead his company continues to offer over-the-air upgrades to current vehicles. The latest software enhance is landing in its electric cars tomorrow with a slew of new autopilot features. They won't drive you around town, but will make highway driving and parking a bit easier. While the new Autopark does exactly what you would expect, Autosteer is a bit more ambitious. With it, you're supposed to be able to go for miles on the open road with it doing most of the heavy lifting. The car tracks lane markers and uses enhanced GPS data to keep the car from launching off into the median. I had a chance to drive a Tesla on the highway with its new ability -- without using my hands -- and it was outstanding, but also a bit weird.

The big feature, Autosteer, is less about autonomous driving; think of it as an advanced form of cruise control. For those looking forward to getting a robot car to drive them to work, Musk expects Tesla will have a fully autonomous vehicle ready to go in three years. In the meantime, this new autopilot feature will maintain the cruise control speed while keeping a safe distance between itself and the vehicle in front of it and stay in its lane. It's a gradual step toward the future that'll make commuting less of a pain. After setting the mode in the car's updated UI and double-tapping the cruise control arm, the car does the driving for you. It's an eerily smooth transition. If the vehicle determines you're not centered in a lane, it adjusts itself without jerking the vehicle. After that, I removed my hands from the wheel and the Model S tracked itself along Interstate 280 better than most of the other drivers on the road. It had no trouble with meandering corners. It kept a safe distance behind the car in front of it (something you can manually adjust if you would like more cushion). Adjusting the speed was a matter of flipping the cruise control arm: up to go faster and down to slow down. Meanwhile you just sit there. Because you're hurtling down the freeway, you're still paying attention, but it lowers the stress level a bit. If you're stuck in traffic, it takes the pain out of the stop-and-go experience because it does it for you. You've gone from driver to driver/passenger. This is the first step to the pure passenger experience promised by truly autonomous cars.

While it is indeed cool, Musk stresses that this is a public beta of the feature and that drivers should keep their hands on the wheel at all time: "We want people to be quite careful," he said. That warning becomes an audible alert in the vehicle when the lane markers become faded or another car slides into your lane. At that point, you're reminded that, yeah you're still the driver.

The entire Autosteer system is built around the vehicle's confidence that what's about to happen is safe. If the roadway is less than optimal, you can't engage it. If while engaged, it detects something out of the ordinary, an audible and visual warning inform you to take control. If you ignore that, the warning gets more persistent and the system will eventually slow the car down and bring it to a complete stop.

That confidence spills over into the Auto Lane Change feature. While in Autosteer, I attempted to automatically move to the left lane. A vehicle was approaching at a rather quick pace on my left and the car wouldn't complete the move on its own. At that point, it got a little too careful and wouldn't automatically move itself into any lanes. After having the passenger turn the feature off and then back on again (just like a router, but speeding down the highway), I was switching lanes (when it was safe) without checking my blind spots or even grabbing the wheel. As someone who's completely obsessed with safe driving, I found it unnerving letting the car take over like this. But with a quick brake tap or slight turn of the steering wheel, I was back in control. While exiting the freeway, I was able to complete a few automatic lane changes, but when the car detected a vehicle that was behind and to the right of me, it again wouldn't go on its own. I accelerated and pulled into the right lane as I would with any other car. The system errs on the side of caution without making you feel like you're being coddled. Yes, it'll be abused (get ready for more texting and driving), but even while driving down a surface street, it avoided a bus sticking out in the road.

But it's not even close to infallible. Hence the repeated warnings from Musk during a briefing. It also has difficulty with sharp turns and inclement weather conditions like rain, snow and fog. Tesla is adamant that the feature is "hands on," so you're supposed to keep those mitts on the wheel. So don't start updating Twitter while you're supposed to be driving. Yet, it'll get better as more and more Teslas drive in autopilot mode and feed road information back to the company's highly detailed mapping system.

The update also brings enhanced versions of traffic-aware cruise control, side collision warning, vehicle hold (keeping the car rolling on inclines), Autopark and better climate control that cools or heats the interior quicker without using more energy. All of that is wrapped into a brand-new UI.

Tesla is still a few years away from getting us from point A to point B without our interaction. But in the meantime, it's tackling the commute -- the worst aspect of the driving experience -- by letting its cars take the wheel. It's a smart move and for anyone who regularly sits in a traffic, a welcome relief.

In this article: Autosteer, Tesla
All products recommended by Engadget are selected by our editorial team, independent of our parent company. Some of our stories include affiliate links. If you buy something through one of these links, we may earn an affiliate commission.