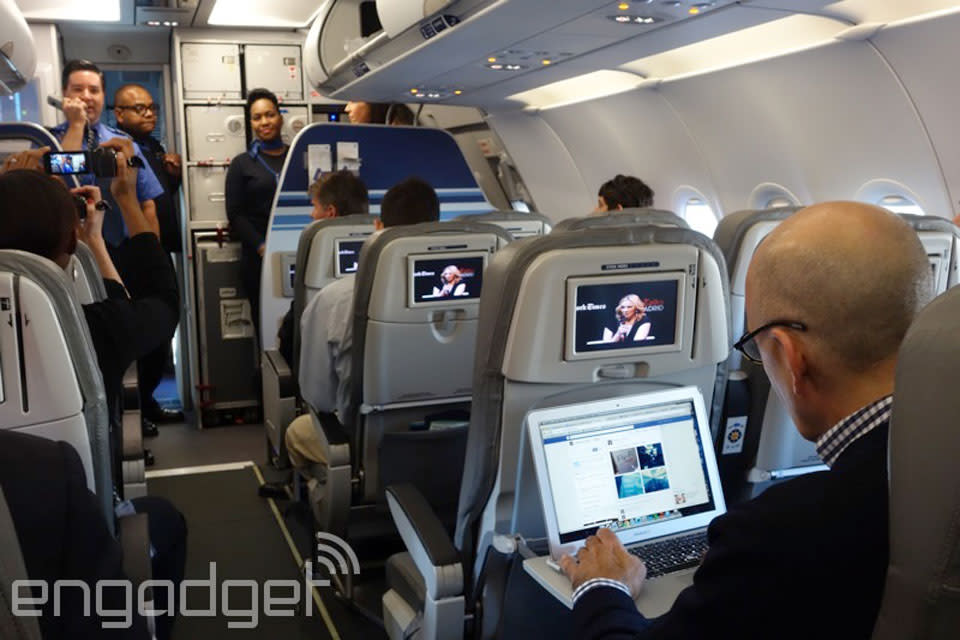 JetBlue's plans to outfit its aircraft with fast satellite WiFi are most definitely on track. The airline has announced that it not only has Fly-Fi on all of its Airbus aircraft, but that it expects to have the free internet access aboard all its remaining flights by fall 2016. That's a big deal, particularly if you're a frequent flier -- it guarantees at least one carrier that will have relatively brisk (20Mbps per device) connections on every trip, whether it's a short hop or cross-country. JetBlue no doubt hopes that you'll use its expanding service to buy a few things, but it's hard to be too cynical about the company's motives when some other airlines charge you for WiFi that's virtually unusable.

In this article: aircraft, airlines, fly-fi, internet, jetblue, ka-band, networking, satellite, satelliteinternet, transportation, wi-fi, wifi
All products recommended by Engadget are selected by our editorial team, independent of our parent company. Some of our stories include affiliate links. If you buy something through one of these links, we may earn an affiliate commission.