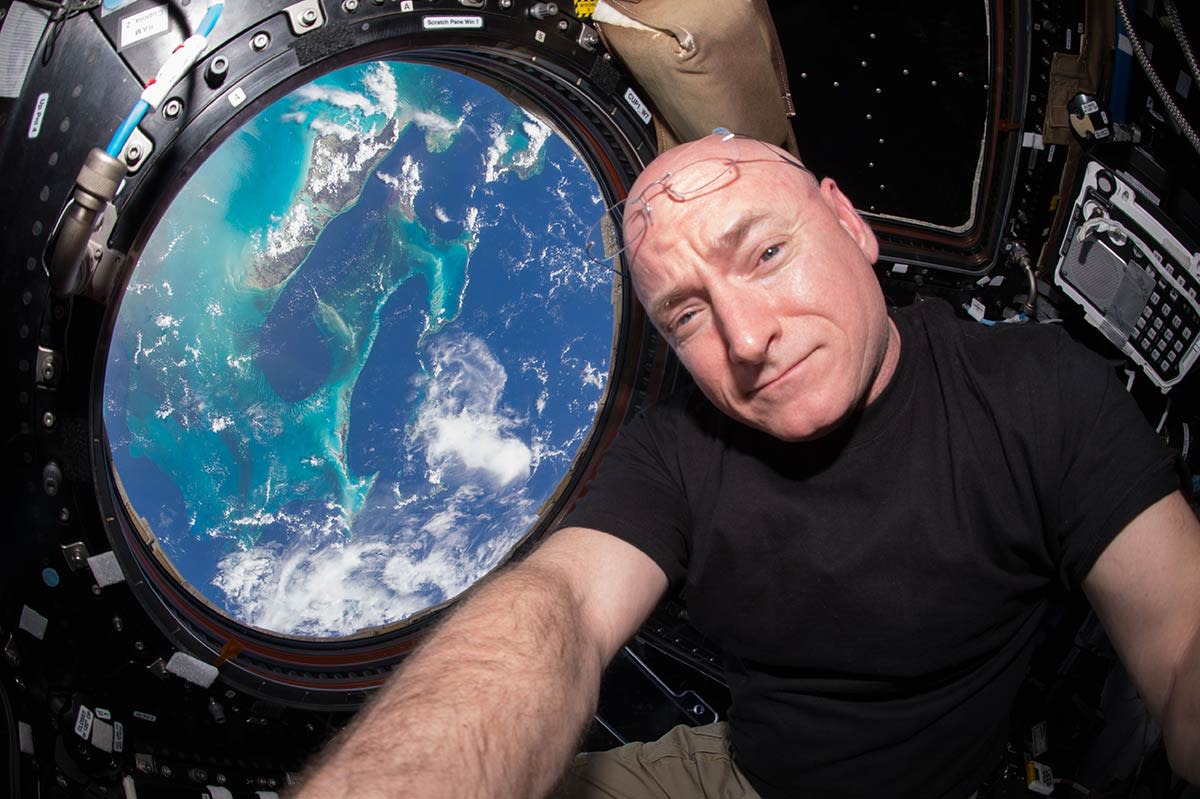 Astronauts already have such amazing jobs, but Scott Kelly's in particular is probably a smidge more envy-inducing. The current commander of the International Space Station is spending his 383rd day aboard the ISS at the moment, surpassing fellow NASA astronaut Mike Fincke's record of 382 cumulative days outside our atmosphere. That's not all, though: since he's part of a year-long mission -- astronauts typically spend six months in low-Earth orbit at most per expedition -- he's bound to break another record. On October 29th, he'll be celebrating his 216th consecutive day aboard the station. That's a day longer than the record set by Michael López-Alegría, who's known for having the longest spaceflight of any American since his expedition in 2006 to 2007.

Among the scientific experiments Scott is conducting up there, one uses his own body as a subject. See, Scott has an identical twin named Mark, who also used to be astronaut. NASA's Human Research Program is currently monitoring their health to determine the changes a human body undergoes during long periods in outer space. They're providing the human research project with cheek swabs, saliva, blood and fecal samples, which are then analyzed by scientists. Scott is slated to come back home on March 3, 2016 after spending a total of 522 days outside Earth, doing science and taking glorious photos of our planet from afar.

In this article: iss, nasa, ScottKelly, space
All products recommended by Engadget are selected by our editorial team, independent of our parent company. Some of our stories include affiliate links. If you buy something through one of these links, we may earn an affiliate commission.