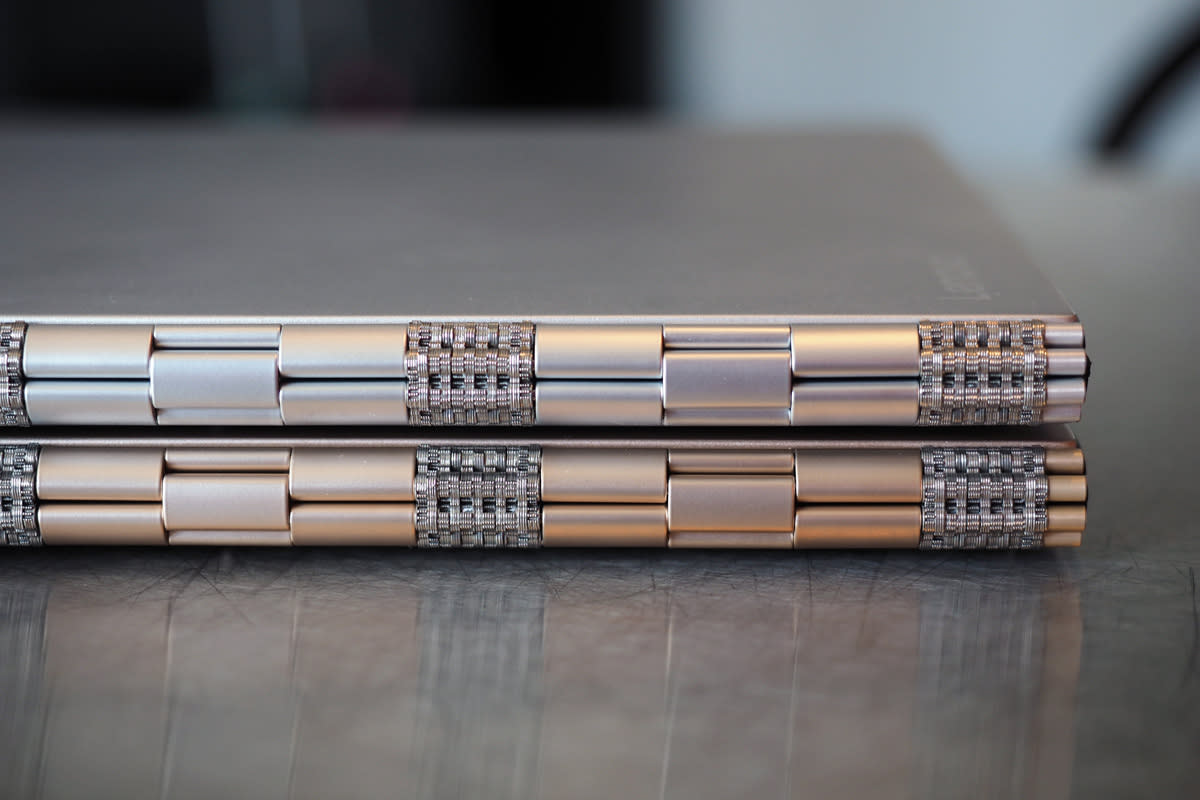 The Lenovo Yoga 3 Pro was one of our favorite laptops of 2014, but mostly for impractical reasons: At 2.62 pounds and half an inch thick, it was exceptionally thin and light, even for an ultraportable, but it suffered from relatively short battery life and performance that trailed some rivals. Fortunately, the company just announced a new flagship, the Yoga 900, and it appears to improve on its predecessor in every way that matters. For starters, it movies from one of Intel's low-powered Core M chips to a sixth-gen Core i5 or i7 CPU. Between that and a new option for 16GB of RAM, the performance here should be faster than it was just a year ago. At the same time, Lenovo didn't have to compromise much on weight: the Yoga 900 is just heftier, at 2.8 pounds and 14.9mm (0.59 inch) thick. 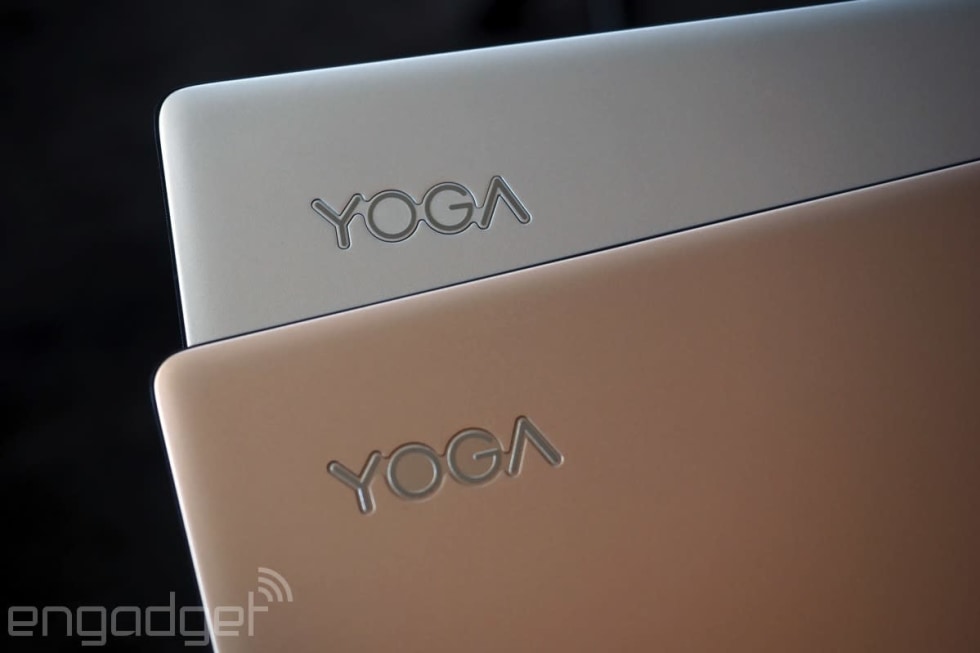 That addresses performance. As for battery life, Lenovo bumped up the battery capacity by about 50 percent, promising between eight and nine hours of runtime. Last year's model lasted around seven and a half hours in our tests, so if the new model can indeed reach nine, that would be a marked improvement. Lenovo also increased the base storage from 128GB to 256GB, and plans to offer a 512GB on the highest-end configuration. This time, too, the Yoga starts with 8GB of RAM, going up to 16GB on the top-tier model.

Additionally, Lenovo made a couple tweaks to the hardware, though this was admittedly one of the Yoga 3 Pro's strong points in the first place. For one, Lenovo ditched last year's five-row keyboard for a six-row setup, allowing the user to adjust things like brightness from the top row without holding down the Function key. Also, though the"Watchband" hinge in the back looks the same, Lenovo tightened it so that it feels sturdier when you're flipping the 3,200 x 1,800 screen into different usage modes. Indeed, I noticed in my hands-on that the flex I complained about in my review was gone; no more creaking sound when you rotate the display back into tablet mode. The Yoga 900 starts at $1,200, and is available today at Best Buy and on Lenovo's website. Colors include gold, silver and "clementine orange," and this time, the watchband hinge around back matches the rest of the chassis. Given that this is the direct replacement to one of our favorite laptops from last year, you can bet we intend to review this as soon as we're able to get our hands on one. Until then, enjoy the hands-on photos.

In this article: hands-on, lenovo, lenovoyoga, lenovoyoga900, yoga900
All products recommended by Engadget are selected by our editorial team, independent of our parent company. Some of our stories include affiliate links. If you buy something through one of these links, we may earn an affiliate commission.