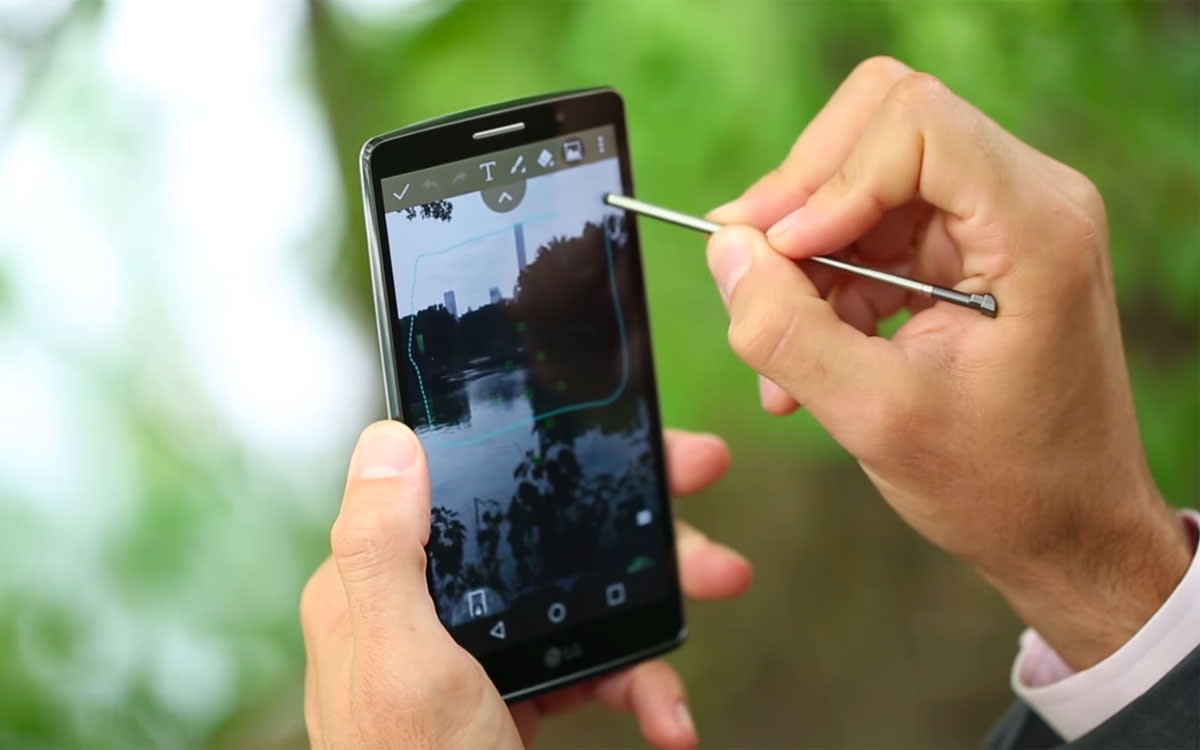 You'd be forgiven if you forgot about LG's G Vista -- the smartphone's huge size couldn't make up for the ridiculously low-res display and slow processor. You might just remember its sequel, though. AT&T has unveiled the G Vista 2, and it fixes just about every gripe you had from before. The 5.7-inch screen now touts a much more acceptable 1080p resolution, and the combination of an eight-core processor (unnamed, but likely a Snapdragon 615) with 2GB of RAM should keep up with most tasks. You'll also get a handy stylus, a 13-megapixel rear camera, a 5-megapixel front cam and 16GB of expandable storage. AT&T hasn't yet said when the G Vista 2 ships or how much it'll cost you, but talk of a "revolutionary" price hints that you won't be paying much of a premium over the phone's predecessor.

In this article: android, att, gvista, gvista2, lg, mobilepostcross, smartphone, video
All products recommended by Engadget are selected by our editorial team, independent of our parent company. Some of our stories include affiliate links. If you buy something through one of these links, we may earn an affiliate commission.