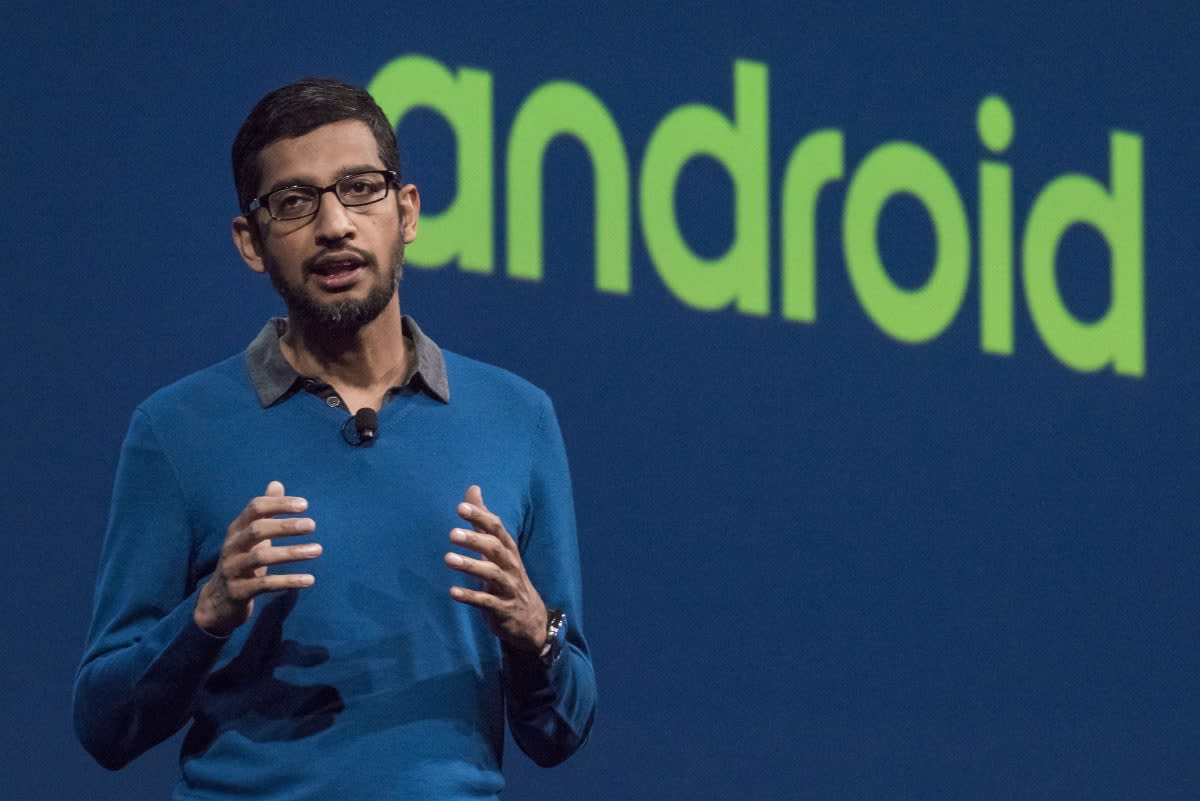 Google is now Alphabet, but the company has one more quarter of results to report under its old business structure. As usual, Google's advertising business made up the lion's share of the company's revenue, totaling 89.9 percent of the money Google pulled in. And this was another quarter in which the company's strong mobile advertising and YouTube advertising units led the way -- Google's recently-appointed CEO Sundar Pichai continually referred to the strength and potential of mobile throughout his remarks on today's investor call, saying "internally all of our objectives are focused on mobile." He also said that mobile search now outstrips desktop -- more than 50 percent of Google searches come from mobile phones.

Pichai also announced Google Play as the company's sixth product with more than one billion users, joining stalwarts like Android, Chrome, YouTube, Maps and Search. Given how tightly integrated those six products are, it's not a big surprise -- but the company hitting a billion Google Play users without it being available in China is an impressive achievement.

Google Play revenue is bundled under the company's "other revenue" category which also tracks hardware sales for products like the Nexus line and its Chromecast devices. Google said that revenues from its hardware dropped this quarter as both the Nexus and Chromecast lines were nearing end of line -- but with new products fresh in the pipeline, we should get a different update next quarter.

Most of the rest of Google's remarks focused on the complexities of its ad business, but the fact that YouTube is such a big contributor to its bottom line makes yesterday's announcement of YouTube Red particularly interesting. The lion's share of YouTube users will surely remain on the service's free tier for the time being, but we'll be watching to see if the move towards ad-free YouTube subscriptions has an effect on Google's advertising business.

In this article: earnings, google, googleearnings, googleq32015earnings, q32015
All products recommended by Engadget are selected by our editorial team, independent of our parent company. Some of our stories include affiliate links. If you buy something through one of these links, we may earn an affiliate commission.