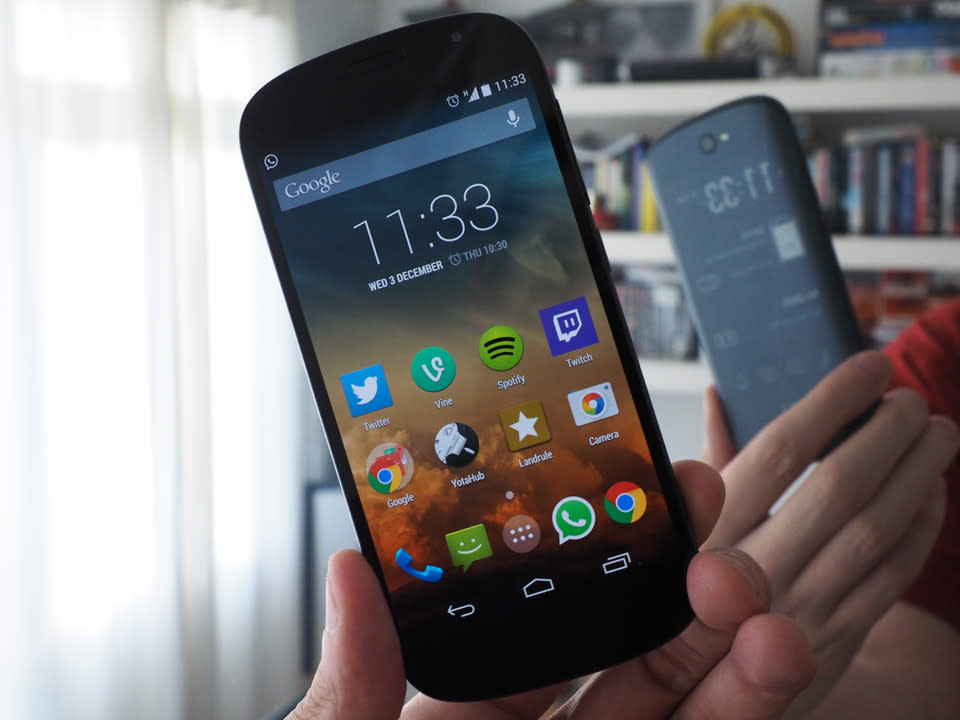 It's fair to say that the global launch of Yota Device's last E-Ink smartphone didn't quite go to plan. Despite positive reviews and a successful crowdfunding campaign, the Russian startup was forced to scale back its US plans significantly following a manufacturing issue. That sad state of affairs goes a long way to explaining why it's just accepted a large investment that puts a majority 64.9-percent stake in its company in the hands of Hong Kong-based investment company REX Global.

Despite the company now being mostly Chinese-owned, Yota Devices will continue to operate out of Russia, where the majority of its 100 employees are based. The 35.1 percent of the company not snapped up by REX is divided between its long-term investors Rostec (25.1 percent) and Yota Management (10 percent).

Vladislav Martynov, CEO of Yota Devices, explains to Engadget that his company was looking for "not just a one-time investment, but long-term access to financial resources." He's quick to stress that the company "was not in a financial crisis," and could have continued to profitably exist "as a niche company that sells a product in a few markets." However, its ambitions lie elsewhere. It's hoping REX Global will enable it not only to build quality smartphones, but provide the "significant financial resources" required to sell and market those devices globally. Put more simply: it won't need to work with small manufacturers and scrounge for funding on Indiegogo anymore.

Under the terms of the acquisition, REX has committed to invest an $50 million -- the first cash injection but not the last, says Martynov -- to help Yota grow. It's now got a deal in place with ZTE to build its next-generation YotaPhone, which is penciled in for a launch in the first half of next year. The ZTE deal could be a sign of things to come, as Martynov notes that REX's majority shareholders have strong connections with the Chinese business community and telecoms market. Martynov says the company also has "a pipeline of different products" in planning, and it'll use this immediate investment "to bring these from the concept phase to the mass market."

In this article: acquisition, investment, mobilepostcross, rexglobal, startup, yota, YotaDevices, yotaphone
All products recommended by Engadget are selected by our editorial team, independent of our parent company. Some of our stories include affiliate links. If you buy something through one of these links, we may earn an affiliate commission.