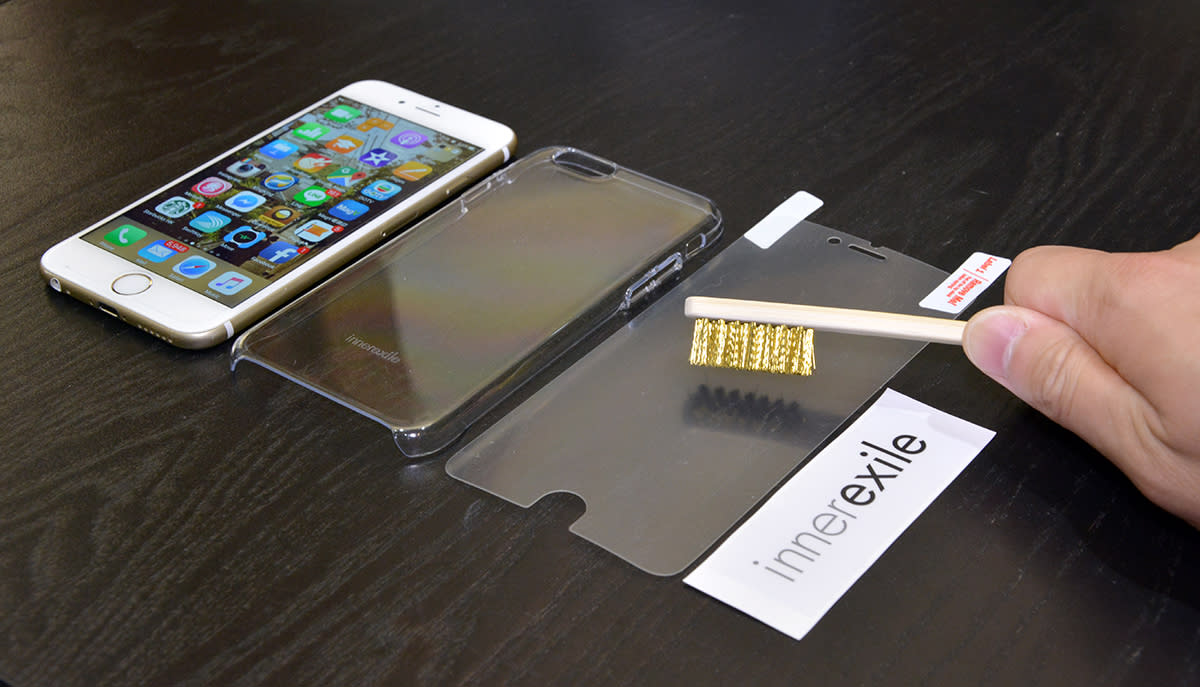 The folks who came up with the self-healing iPhone case is now back with something a lot more impressive. Innerexile's earlier technology could repair light scratches within about half a minute (given the right temperature, that is), but the latest version can do the same within just a second! Seriously, you'd have to study very hard to witness that brief magical moment, which proved to be tricky in our brass brush test video after the break. So what's the secret sauce behind this new coating? Well, it's dotted with microcapsules that contain an adhesive-like liquid, and when damaged, the liquid will fill the void so quickly that you probably won't even realize you've just scratched your case or screen protector.

Innerexile's first products to use its new coating is the "Self-repair screen protectors" for the iPhone 6s and iPhone 6s Plus. These come in at just 0.2mm thick, have a hydro-oleophobic coating (so less likely to leave fingerprints) and are totally compatible with 3D Touch. For those who care about benchmarks, these can apparently resist brass brush weight of up to 2kg, which is twice as much as the previous version and at least four times as much as the LG G Flex 2's back cover (there's also a 3kg version coming up, and the technology is already verified by SGS). But of course, it's the healing speed that impresses us the most. Innerexile's iPhone 6s screen protector is available on Amazon for $23.99 per piece, and the iPhone 6s Plus version costs an extra $2. Both are backward compatible with their iPhone 6 counterparts.

If you'd prefer using a case with the same self-healing property, stay tuned for another announcement in mid-November, as Innerexile decided to make a new tooling to ensure a perfect fit for the teeny-bit-larger iPhone 6s series. Other brands may claim their iPhone 6 cases fit the 6s just fine, but a forced squeeze -- the caliper never lies -- may eventually ruin the phone's anodized coating, so watch out.

In this article: apple, case, hands-on, innerexile, iphone, iphone6s, iphone6splus, mobilepostcross, scratch, scratches, screenprotector, selfhealing, selfrepair, video
All products recommended by Engadget are selected by our editorial team, independent of our parent company. Some of our stories include affiliate links. If you buy something through one of these links, we may earn an affiliate commission.