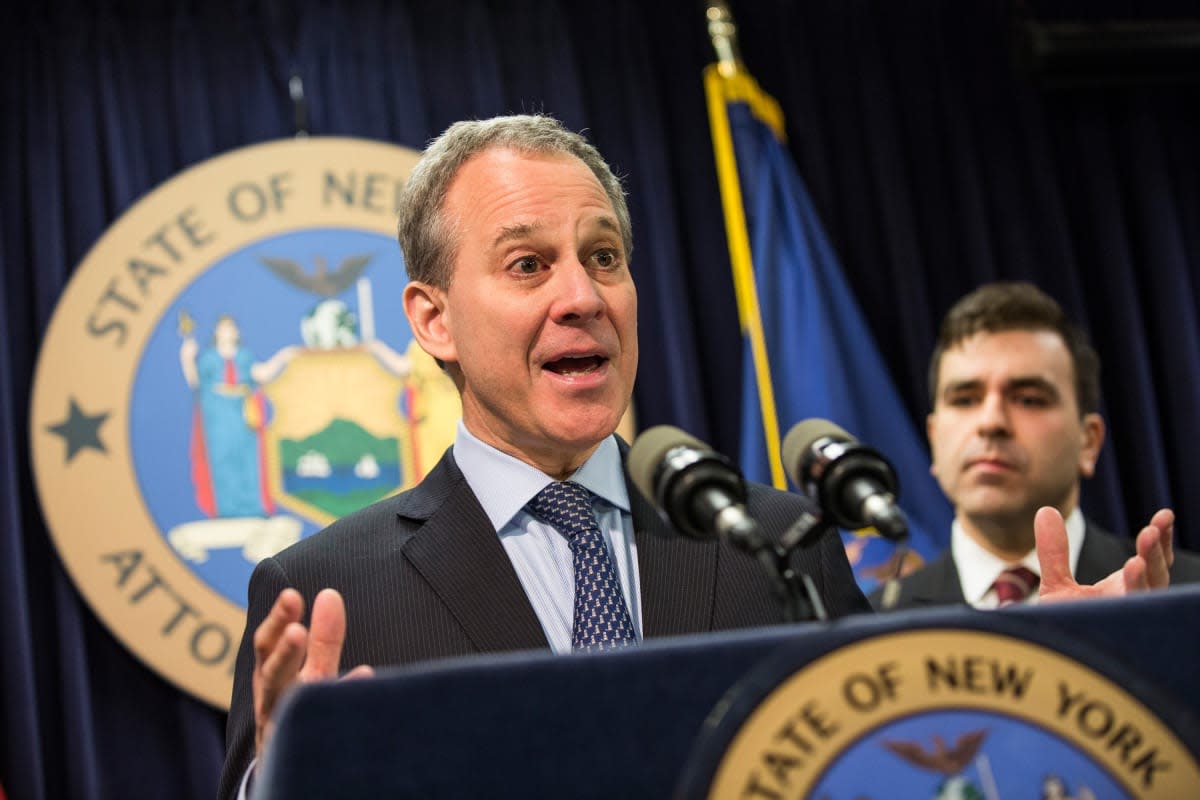 For an industry obsessed with accuracy, it seems hilarious that the broadband speeds that you pay for are so vague and ill-defined in reality. It's a situation that has angered New York Attorney General Eric Schneiderman (pictured), so he's launching a statewide probe into users internet speeds. Reuters is reporting that the official is targeting the state's big three providers, Verizon, Cablevision and Time Warner to see if, as he says, "many of us may be paying for one thing and getting another." The three firms have all been sent letters asking them to provide all disclosures made to customers about speed, as well as the details of any internal testing that they carry out.

Schneiderman isn't just focused on the advertised speeds, but also on the interconnection arrangements that enable ISPs to share data with each other. It could be that while firms are happy to maintain speedy services between homes and their servers, they're less excited about ensuring good service further down the chain.

Two of the three named companies have already issued statements saying that they're not short-changing their customers. Time Warner told reporters that its conscience was clear, while Cablevision boasts that its service is faster than the speeds it delivers to users.

Verizon, meanwhile, has yet to issue a public statement on the matter, telling Reuters that it had yet to receive Schneiderman's letter. It's not surprising that Big Red would be reticent to speak on the subject, since it's already had run-ins with New York-based officials about the state of its FiOS rollout. Still, it looks as if everyone in the state will soon become more obsessed with Speedtest.net than they ever were before.

In this article: AttorneyGeneral, Cablevision, EricSchneiderman, NewYork, NewYorkState, Politics, TimeWarnerCable, Verizon
All products recommended by Engadget are selected by our editorial team, independent of our parent company. Some of our stories include affiliate links. If you buy something through one of these links, we may earn an affiliate commission.