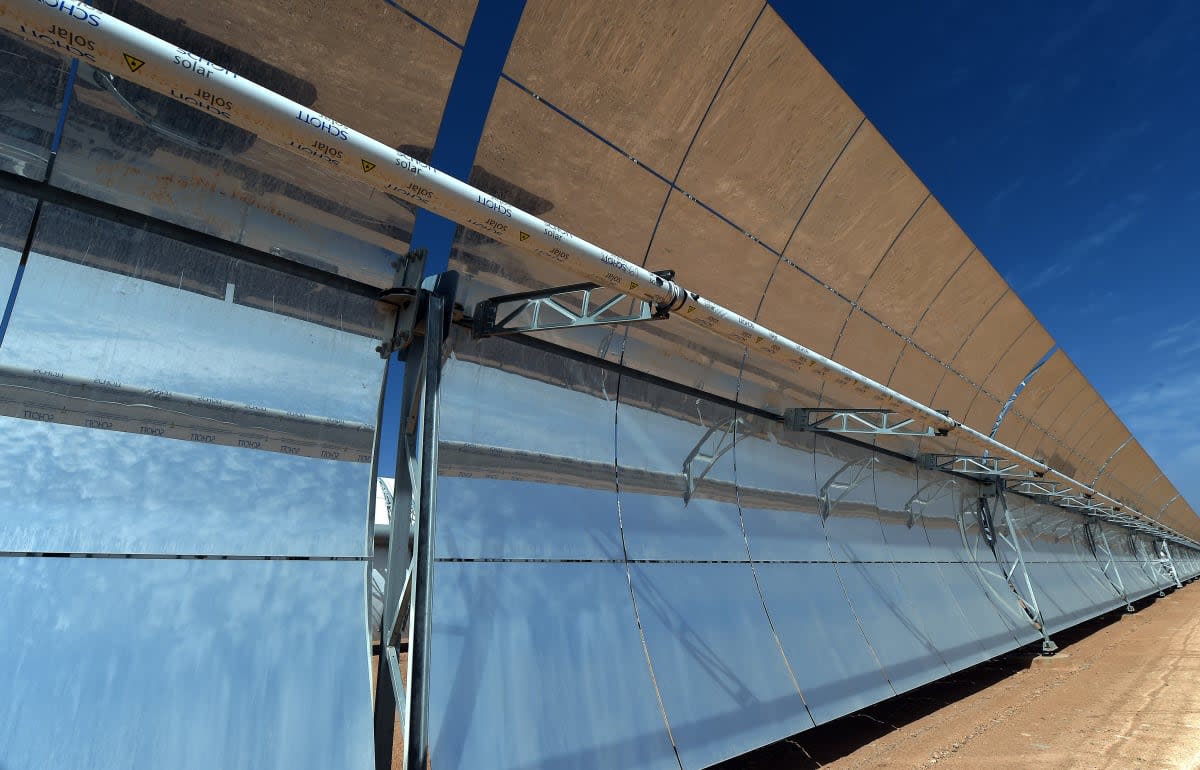 Morocco's 160 MW concentrated solar farm, Noor 1, was only the start. When the African nation is done, Noor 1 will be joined by three more similarly-sized power plants which will generate a whopping 500 MW of renewable energy. That's enough to power 1 million homes, or about half of the country's residences.

The $9 billion Noor project is located outside the city of Ouarzazate on a stretch of land roughly the same size as Rabat, Morocco's capital city. "We are not an oil producer. We import 94 percent of our energy as fossil fuels from abroad and that has big consequences for our state budget," Morocco's environment minister, Hakima el-Haite, told the Guardian. Additionally, Noor 1 alone is expected to reduce the country's greenhouse emissions by up to a quarter million tons a year over 25 years. And, when Noor 2 and 3 come online in 2017, both of which can store solar energy for up to 8 hours, the entire Sahara region will have access to uninterrupted solar-generated electricity 24/7.

In this article: Africa, concentratedsolar, energy, green, morocco, Ouarzazate, Rabat, Sahara, solar
All products recommended by Engadget are selected by our editorial team, independent of our parent company. Some of our stories include affiliate links. If you buy something through one of these links, we may earn an affiliate commission.