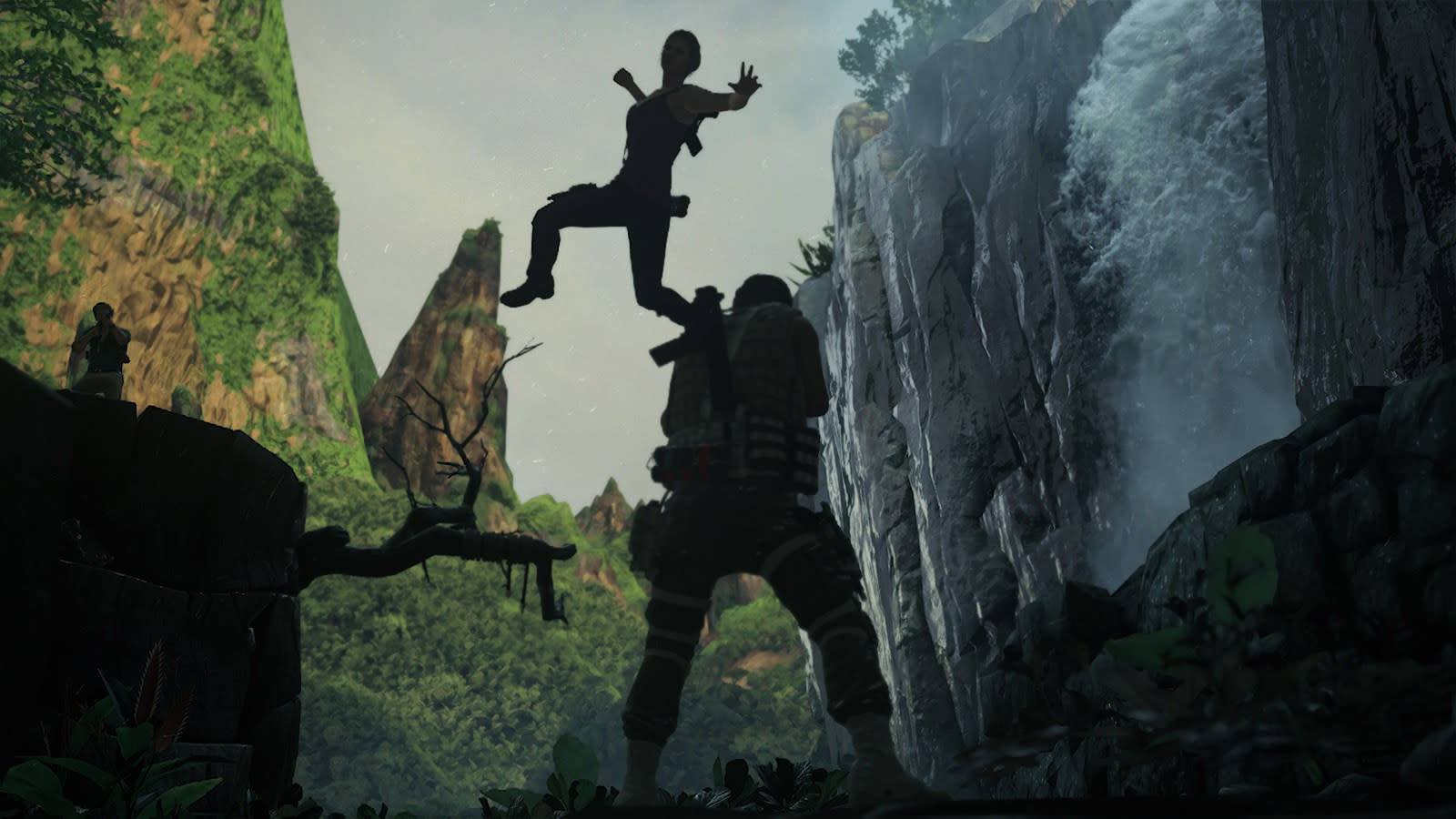 With Uncharted: The Nathan Drake Collection safely out the door, Sony can turn its attention to the franchise's next installment: Uncharted 4. During its press conference at Paris Games Week, the company unveiled a brand-new trailer for A Thief's End. This time, it's focusing on the multiplayer, with Nathan and the gang facing off in frantic team-based combat. Fan favorites Victor Sullivan and Chloe Frazer are shown as playable characters, as well as Drake and his older brother Sam. Set deep in the jungle, the teaser is a gorgeous blend of automatic rifles, grenades and fisticuffs. New additions include sidekicks -- AI-controlled characters that help out in a pinch. There's also a grappling hook for quick traversals and supernatural power-ups called "mysticals." If you've bought the Uncharted collection, you'll be able to try all of this for yourself on December 4th.

In this article: ParisGamesWeek, pgw2015, sony
All products recommended by Engadget are selected by our editorial team, independent of our parent company. Some of our stories include affiliate links. If you buy something through one of these links, we may earn an affiliate commission.