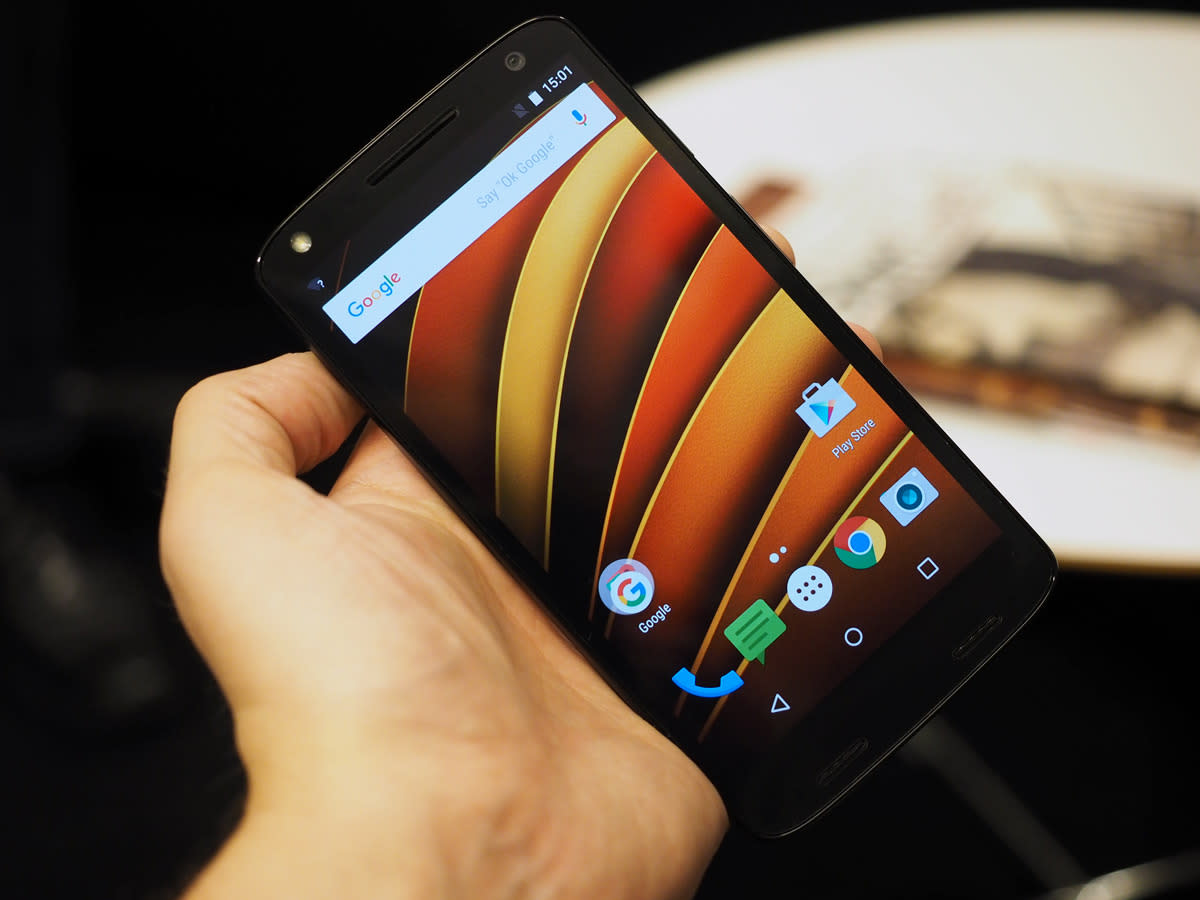 Motorola sells phones all over the world, but for many years now it's had an extra special relationship with US carrier Verizon. In fact, Motorola's "Droid" range is made exclusively for the network provider, though these devices occasionally pop up in other parts of the world under different names. That's the case with today's announcement of the Moto X Force, which is essentially just an international version of the new Droid Turbo 2 Motorola launched in the US a couple of days ago. Aside from the lack of Verizon and Droid logos, it's exactly the same device, which boasts a shatterproof screen as its killer feature.

In fact, Motorola's so confident in its "ShatterShield" technology that the Moto X Force comes will a four-year guarantee covering serious screen damage. The handset even has two touchscreen elements in case one fails after a particularly nasty tumble, and though it's not completely immune to scratches, the top layer of the display sandwich is apparently so easy to replace that owners can do it themselves. Beyond the promise of an accident-proof display, the Force has the best specifications of all the Moto X range, including a 2GHz octa-core Snapdragon 810 processor, 3GB of RAM, 32 or 64 gigs of expandable storage, a 5.4-inch Quad HD (2,560 x 1,440) AMOLED panel, a huge 3,760mAh battery as well as support for both PMA and Qi wireless charging standards, and a 21-megapixel main camera flanked by a 5MP front-facer.

The Moto X Force can also be customized through Moto Maker, with a couple of unique ballistic nylon and leather options not found on other handsets in the X line-up. Motorola will eventually launch the Force worldwide -- apart from in the US where the Droid Turbo 2 will remain a Verizon exclusive -- starting with a few key markets before completing the rollout early next year. The UK is one of the countries high on Motorola's agenda, where the Force will launch in mid-November for £499 for the 32GB model and £534 for the 64GB configuration, though various carrier deals will also be available.

In this article: hands-on, lenovo, mobilepostcross, motorola, motorolamotoxforce, motox, motoxforce, verizon
All products recommended by Engadget are selected by our editorial team, independent of our parent company. Some of our stories include affiliate links. If you buy something through one of these links, we may earn an affiliate commission.