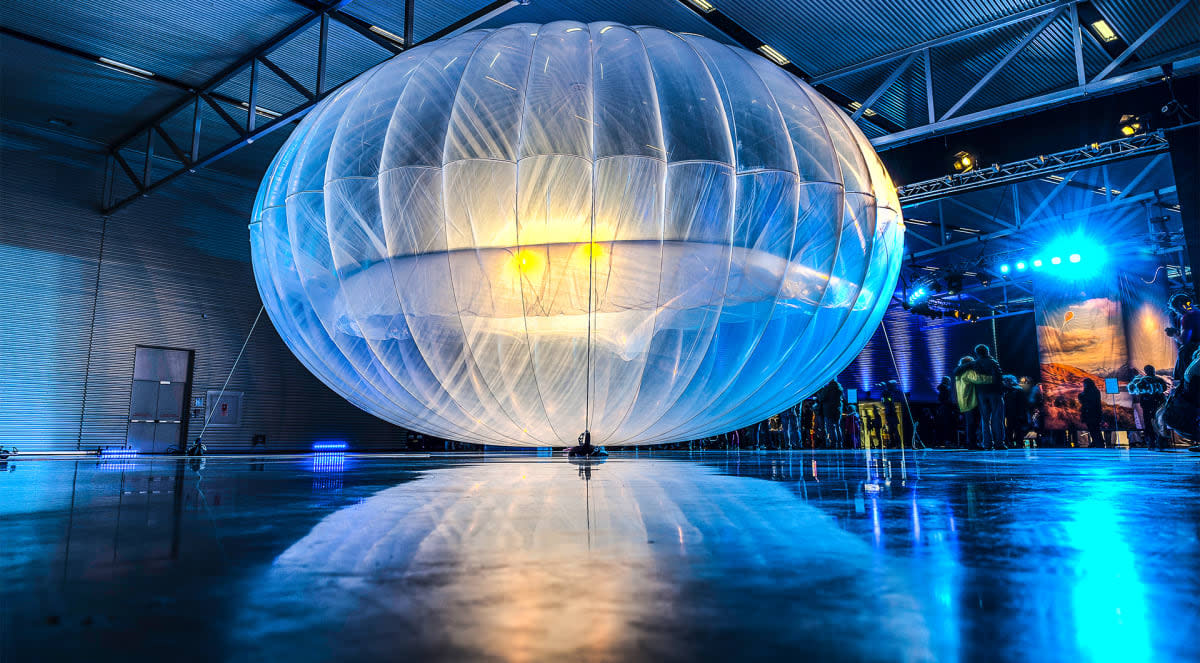 Google's Project Loon has big plans for 2016, including its first round-the-world coverage. Its vice president, Mike Cassidy, told the BBC that the team is hoping to launch 300-plus balloons next year to "make a continuous string around the world." The idea is to make sure that there's always at least one balloon covering a particular area -- when one drifts away, another immediately takes its place. If the team successfully deploys its first continuous string, which will cover the Southern Hemisphere, it plans to start taking its first beta commercial customers. While this particular goal depends on whether things go well for the team in the near future, Project Loon's partnership with Indonesian providers is already a done deal.

The team has joined forces with local providers Indosat, Telkomsel and XL Axiata, giving them the power to transmit their signals to even far-off islands by bouncing them from one balloon to the next. According to the Google+ announcement, only one in three Indonesians have access to the internet, but the initiative's presence in the country could change that. Project Loon launched a similar test run in Sri Lanka this year, which will continue until March 2016.

Take note that the initiative's balloons are now much better than the ones introduced in 2013. Devices that connect to them can enjoy almost up to 10Mbps, 4G-like speeds. The balloons themselves are easier to set up, taking only 15 minutes with a couple of people and a crane; they used to take an hour or two to prepare, and that's with over a dozen workers. In addition, each balloon can now last for months instead of days.

[Image credit: I used a nikon/Flickr]

In this article: google, projectloon
All products recommended by Engadget are selected by our editorial team, independent of our parent company. Some of our stories include affiliate links. If you buy something through one of these links, we may earn an affiliate commission.