Windows 10 upgrade push changes things for IT pros and bootleggers 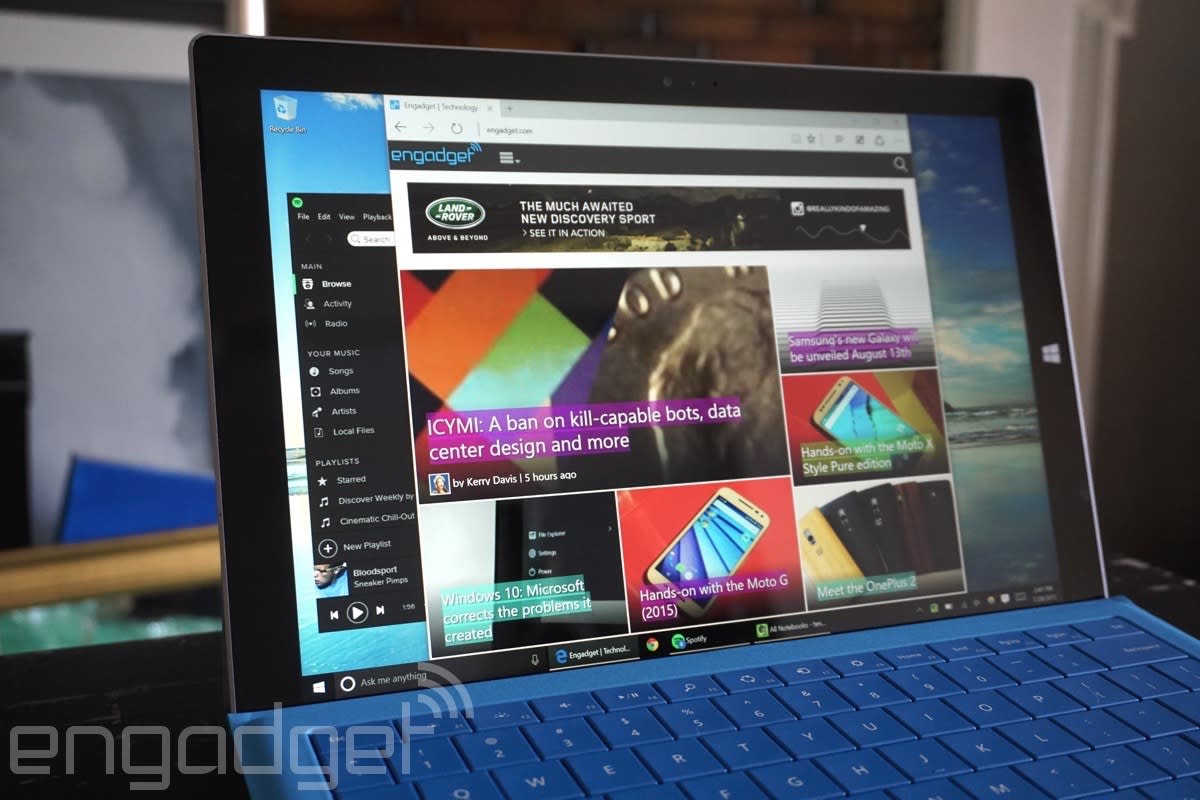 Microsoft mistakenly pushed Windows 10 upgrades to existing Windows 7/8 users through the Update process earlier this year, but next year it will do it on purpose. That's just one of several changes coming to the update process, as it targets IT professionals doing mass upgrades, and even people running less-than-legit copies of Windows. The office IT guys out there will appreciate a future update to the Media Creation Tool so it can create a single image capable of upgrading older Windows PCs whether they're 32-bit, 64-bit, Home or Pro, and even wipe a system to do clean installs. Also coming soon to users in the US (and later in other countries), will be an easy one-click activation process to "get Genuine" via the Windows Store, even with a code purchased elsewhere. Of course, even if you don't fall into those categories and just want to keep your old version of Windows, you'll need to be more careful starting in 2016.

"Soon" the Windows 10 Upgrade will be added to Windows 7/8's system update feature as an option, and at some point next year it will change from optional to recommended. What that means for many people is that because of their Windows Update settings, their machine will automatically update to Windows 10 if it hasn't already. You can still downgrade afterwards if it's not to your liking, but expect the push to get more aggressive going forward. For now, you can turn off that annoying "Do you want to upgrade to Windows 10?" notification, but if you're really serious about staying on a previous version make sure you have your WU settings configured appropriately.

In this article: genuine, image, microsoft, update, upgrade, windows, Windows10, Windows7, Windows8, WindowsUpdate
All products recommended by Engadget are selected by our editorial team, independent of our parent company. Some of our stories include affiliate links. If you buy something through one of these links, we may earn an affiliate commission.