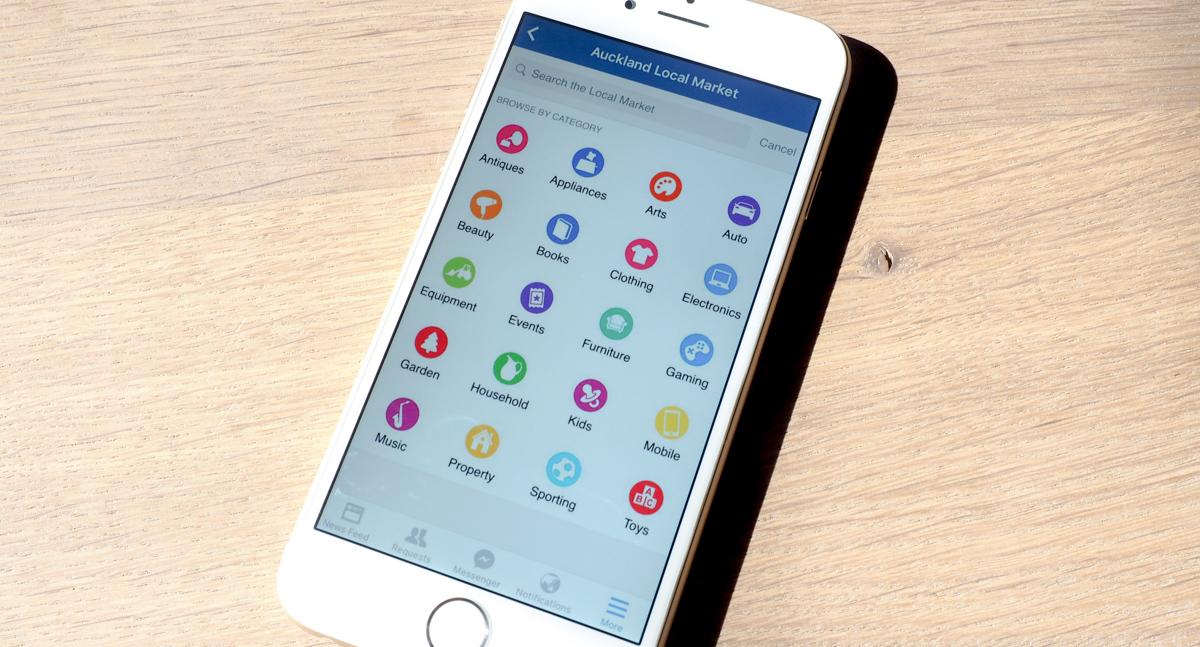 The next time you clean out your house, you might end up selling your old stuff on Facebook instead of Craigslist. According to a report from Techcrunch, Facebook recently did a small test of a "Local Market" feature in its iOS app. Instead of the "messenger" button in the app's bottom navigation bar, a "market" button appeared that took users to a categorized location for buying and selling items. The categories are familiar to anyone who's spent time on Craigslist: you can browse items across cars, furniture, antiques, electronics, clothing, books, and many more. Judging by some posts seen on Twitter, it looks like Facebook has been testing the feature for a a few weeks now.

Beyond those expected categories, Facebook is also letting users filter items by different "collections" like "everything free" or "men's clothing." Users can follow those collections to more easily see stuff they're looking for.

While the feature was only live for a short while, the marketplaces were already populated with plenty of items. That's because the Local Market was able to pull in items that people put up for sale in local groups, a feature Facebook added earlier this year. Some users noticed the option to cross-post their items for sale in the new Local Market when adding an item for sale in a Facebook Group. Those sale groups have definitely grown in popularity over the year, with many groups being organized locally as virtual garage sales that are always ongoing. Expanding that out to make a dedicated marketplace for people looking to buy and sell in their neighborhood is a logical next step.

It sounds like plenty of other features are being tested for the Local Market, including recommendations, saved searches, notifications and more. But there's no word on whether this will launch broadly -- the test appears to only be live in Melbourne and Sydney, Australia as well as Auckland, New Zealand. Facebook confirmed the Local Market test to Techcrunch but declined to say when it might reach more users or launch formally.

In this article: facebook, facebooklocalmarket, facebookmarket, localmarket, pilot, test
All products recommended by Engadget are selected by our editorial team, independent of our parent company. Some of our stories include affiliate links. If you buy something through one of these links, we may earn an affiliate commission.