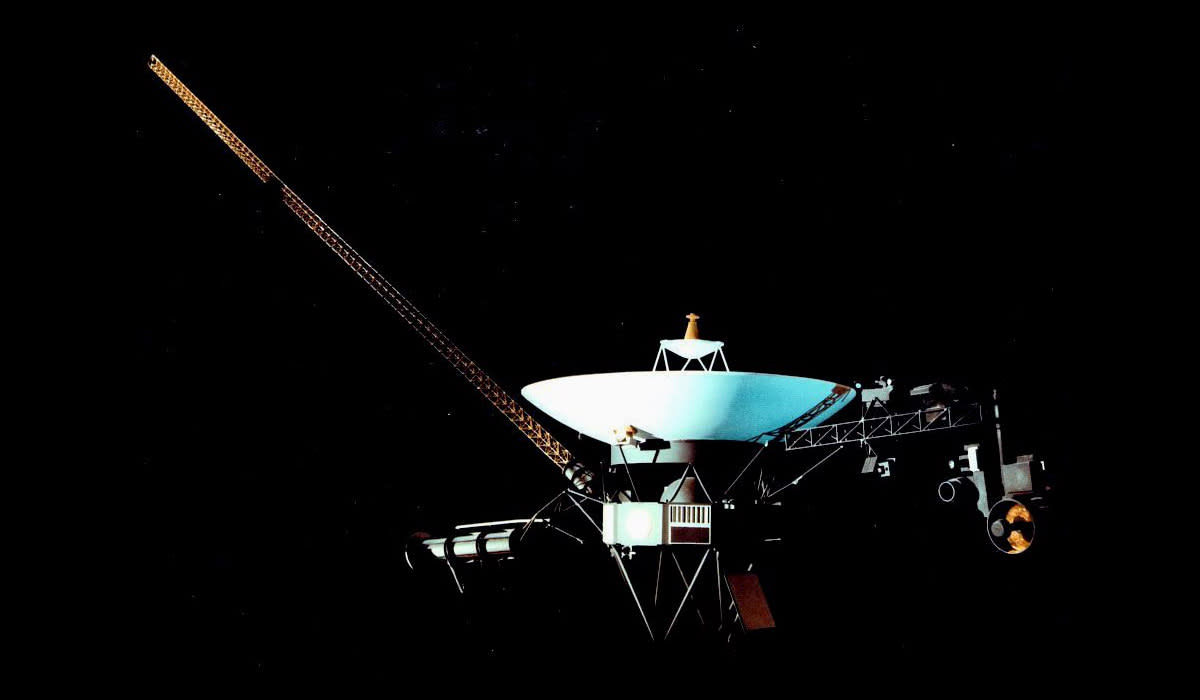 Three years ago, the American Geophysical Union said the Voyager 1 probe left the solar system. NASA quickly said nope, hold your horses, we're not there yet. Then, NASA announced a year later that yes, Voyager 1 really did make it. The debate still rages on in some pockets of the scientific community, but a new study out of the University of New Hampshire just pulled some solar wind out of detractors' sails. ​

See, part of the problem is that researchers expected to see a shift in the orientation of the magnetic field that Voyager was passing through. That shift happened, but it wasn't the shift people were expecting -- the direction swung around more than 40 degrees from researchers' best estimates. By pulling data from four different observational spacecraft, the team at UNH seems to have cleared up this issue -- but we'll have to back up a little first. The launch of a craft called the Interstellar Boundary Explorer in 2008 revealed the existence of a ribbon of energy and particles now called the IBEX Ribbon. Voyager 1 uses data from the Ribbon to figure out where true magnetic north is, but it's currently moving through a strange area of space where magnetic fields are "rotated away from true magnetic north". Long story short, Voyager 1 is in interstellar space after all -- just a very weird part of it. The paper suggests that calmer space lies ahead for the Voyager, meaning NASA will get some cleaner data (and finally end the debate) in about a decade.

In this article: nasa, science, space, voyager, voyager1
All products recommended by Engadget are selected by our editorial team, independent of our parent company. Some of our stories include affiliate links. If you buy something through one of these links, we may earn an affiliate commission.