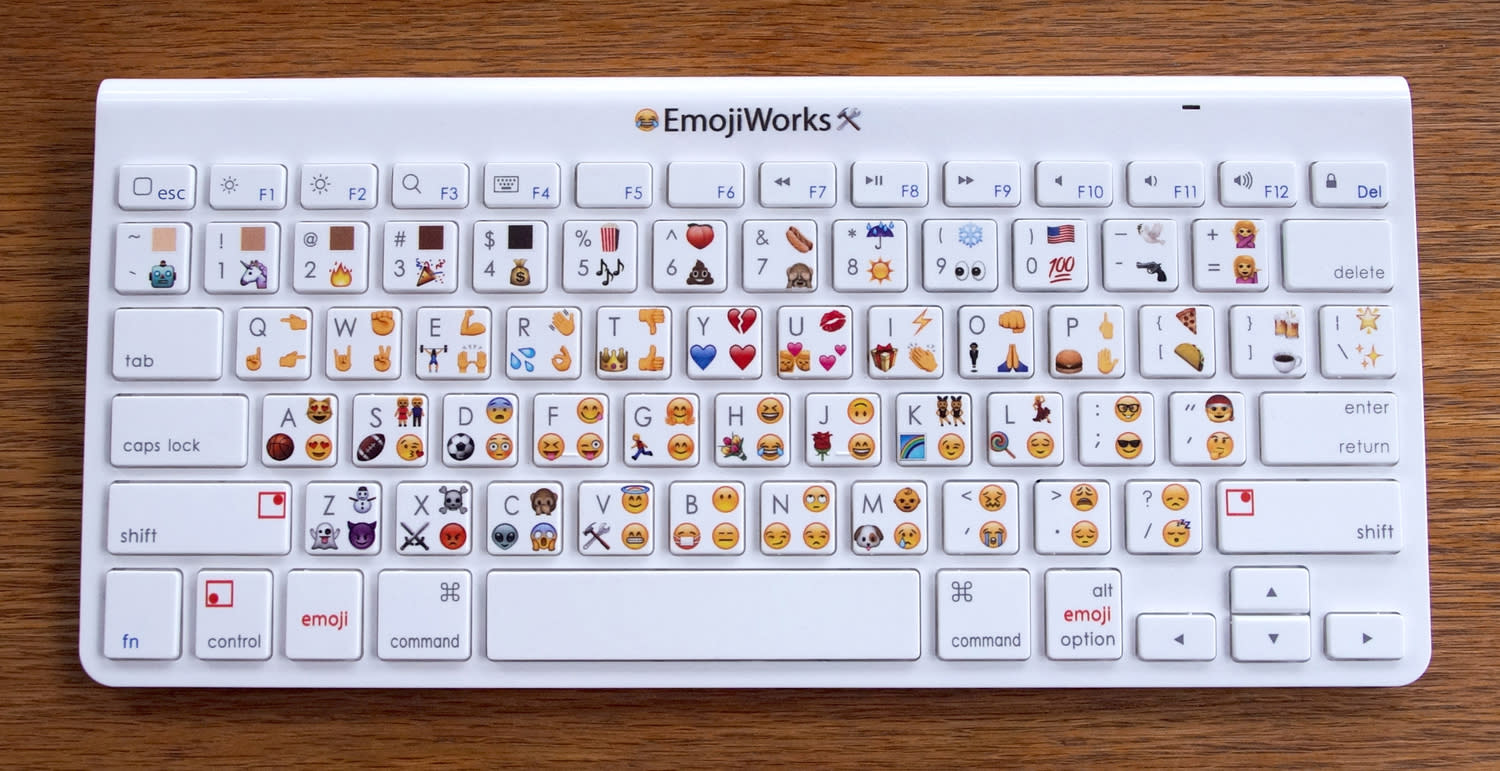 Emoji are now deeply embedded in our collective psyche, and yet, they're always out of reach. On your phone, they're hidden behind at least a single tap, and on your Mac or PC, they're obfuscated further, often inside an archaic symbol or special character menu. EmojiWorks aims to fix that with a full QWERTY keyboard that doubles as an emoji machine. It's not the first attempt at an emoji keyboard by any stretch of the imagination, but it is an all-in-one solution that you can actually buy.

The concept is fairly simple -- regular keys work as you'd expect until you press the "emoji" modifier, which will then make a key press generate the appropriate icon. There's even a skintone changer that allows you to take advantage of the recent diversity improvements to the emoji set. The keyboard requires you to install software to make the magic happen, of course. The number of emoji you'll have quick access to will vary on the model you choose. The standard edition has 47, the Plus has 94, and the Pro 120 (pictured above). The latter two have emoji shift keys that let you choose the alternate emoji (one extra for the Plus, two for the Pro) assigned to each key.

The keyboard supports Mac, Windows and iOS via Bluetooth, with each platform turning out the emoji for you. But it's clearly targeted at the Apple crowd. It's a dead ringer for Apple's wireless keyboard (apart from the plastic in place of aluminum) and uses the company's emoji designs in lieu of other interpretations. We're not sure how Apple is going to feel about the latter -- the icons were paid for and designed by the company, and it has every right to protect its investment.

EmojiWorks' keyboards are up for pre-order, and are said to ship "no sooner than December 1st," although it warns that date is an estimate and could change depending on manufacturing The standard, 47-emoji model will set you back $80, the 94-emoji Plus costs $90, and the 120-emoji Pro is $100.

In this article: apple, emoji, keyboard, microsoft, mobilepostcross
All products recommended by Engadget are selected by our editorial team, independent of our parent company. Some of our stories include affiliate links. If you buy something through one of these links, we may earn an affiliate commission.