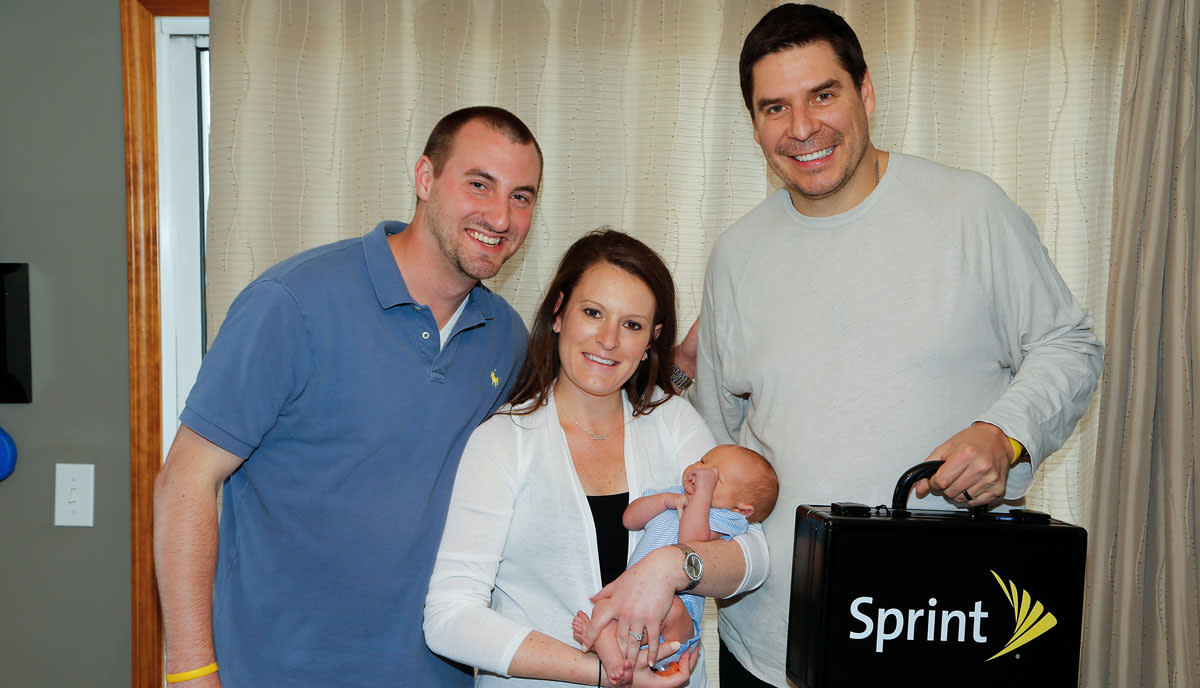 SoftBank, Sprint's Japanese parent company, made a ton of profit over the last three months, but not as much profit as people were expecting. That's largely due to it having to carry Sprint on its back, since the network has gone from plucky bronze medalist to sitting in the doldrums of fourth place in America's hotly-contested carrier wars. In order to try and reduce the amount of red printer ink that Marcelo Claure (pictured, right) has to buy, SoftBank has ordered a "sustainable run rate reduction" of more than $2 billion. In other words, the company is about to have to learn how to do a lot more with a heck of a lot less cash.

In an interview with Re/code, Sprint CEO Claure revealed that the cost-cutting will begin with some of the more extravagant benefits that it offers to its employees. Executives will be stripped of their private cars, instead forced to use Ubers to get from meeting to meeting, while rank-and-file employees will have to take out their own trash. Unfortunately, the move is likely to mean plenty of job cuts, and the Wall Street Journal puts a figure in the "thousands." That could put some of Sprint's more personnel-heavy programs, like Direct 2 You, at risk, as well as some of its more generous customer giveaways.

In this article: Business, Financials, Layoffs, MarceloClaure, mobilepostcross, SoftBank, sprint, T-Mobile
All products recommended by Engadget are selected by our editorial team, independent of our parent company. Some of our stories include affiliate links. If you buy something through one of these links, we may earn an affiliate commission.