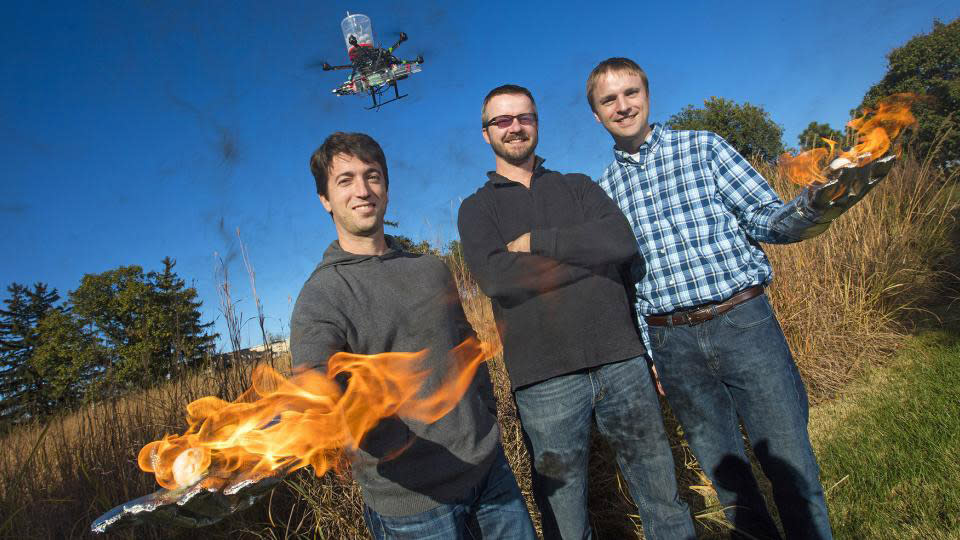 The thought of a fire-starting robot would normally have us fleeing in terror, but we'll make an exception for this one. Researchers are developing a drone, the Unmanned Aerial System for Fire Fighting (UAS-FF), that helps contain and prevent fires by dropping ping pong-sized flaming balls. If you need to burn grass before it fuels an uncontrolled blaze, you just program the drone to drop its chemically-ignited cargo in a specific pattern -- you don't have to send in a costly aircraft or face the risks of starting fires on the ground. It'll be a while before you see UAS-FF in service, but it's already nice to see a drone that helps firefighting instead of getting in the way.

In this article: drone, fire, firefighting, pingpong, robot, uas-ff, uav, UniversityOfNebraska, UniversityOfNebraska-lincoln, unmanedaerialsystemforfirefighting
All products recommended by Engadget are selected by our editorial team, independent of our parent company. Some of our stories include affiliate links. If you buy something through one of these links, we may earn an affiliate commission.