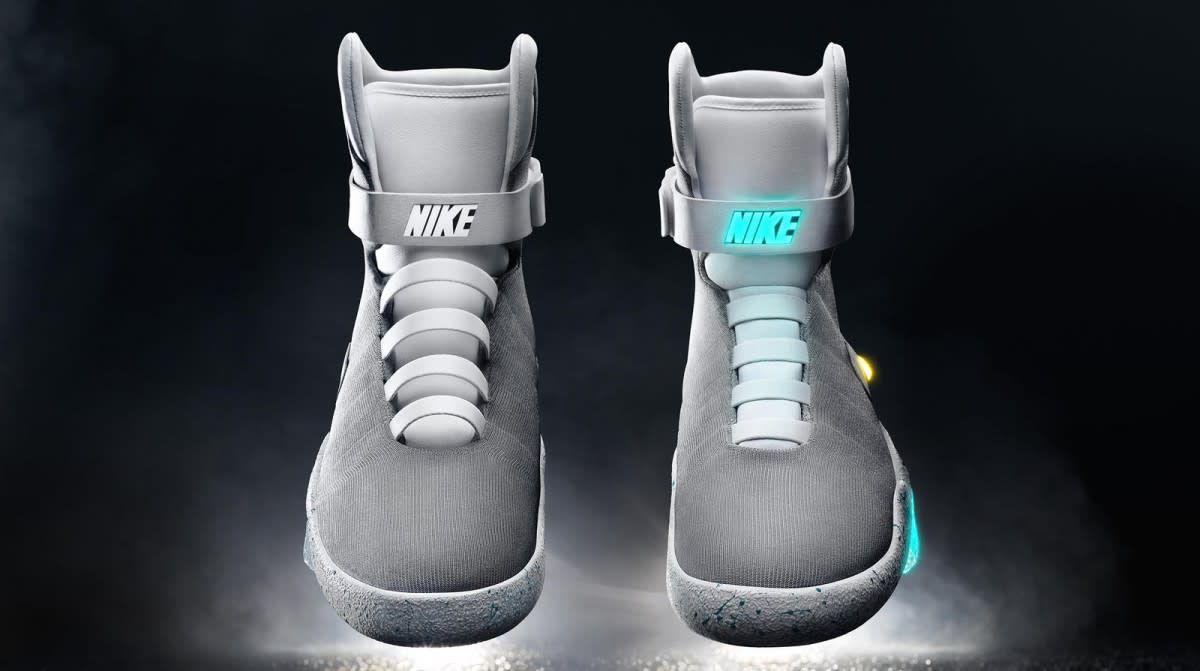 Nike won't have its Back to the Future 2 kicks on shelves until next year, but it looks like the folks who make their money selling knockoffs aren't waiting around. Since Nike announced the Mags with power laces will be a very limited edition available only via auction, we can expect a healthy market for fakes. Kicks On Fire points out this Instagram video by fake_education -- an account that generally points out ways to tell real shoes from their unauthorized twins -- showing a power lacing system already integrated with a pair of knockoff Mags. Of course we're sure you would never stoop so low as to intentionally buy fakes, but when Marty McFly's futuristic shoes start to surface in suspicious quantities and prices, remember this video.

In this article: counterfeit, fake, kicks, mag, nike, powerlaces, self-lacing, shoes, video
All products recommended by Engadget are selected by our editorial team, independent of our parent company. Some of our stories include affiliate links. If you buy something through one of these links, we may earn an affiliate commission.