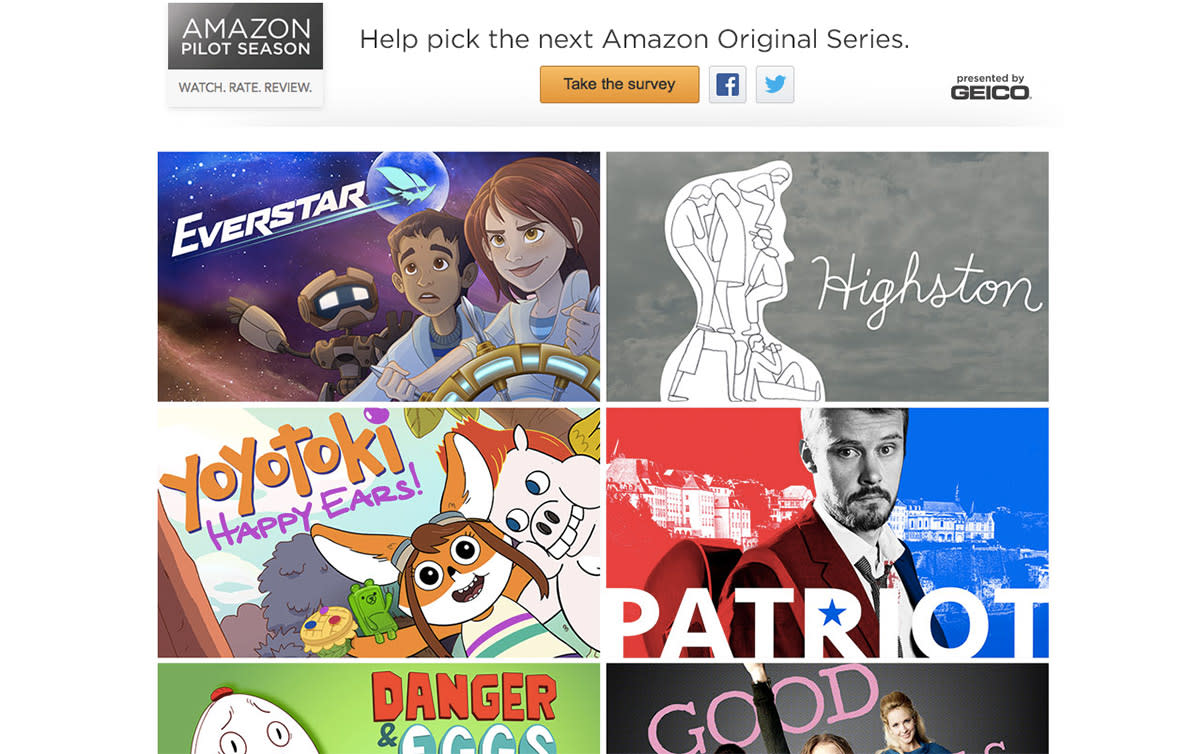 It's Amazon pilot season, which means there are a bunch of new shows you can stream via Prime Instant Video for free -- well, their first episodes anyway. The selection includes a handful of animated shows, one of which brings the Teletubbies to mind (The Numberlys) and another that targets young adults (Everstar). There's also a Western tale of revenge (Edge), a bio-series of an early feminist (Z), a story of five female journalists in the '60s based on a non-fiction book (Good Girls Revolt) and a dramedy about a spy sent to Iran to prevent a nuclear war (Patriot). As always, Amazon will take your opinions into account when deciding which of the twelve gets turned into full-blown Originals and which get tossed into the pile of forgotten pilots.

In this article: amazon, amazonoriginals, amazonprime, pilots, PrimeInstantVideo
All products recommended by Engadget are selected by our editorial team, independent of our parent company. Some of our stories include affiliate links. If you buy something through one of these links, we may earn an affiliate commission.