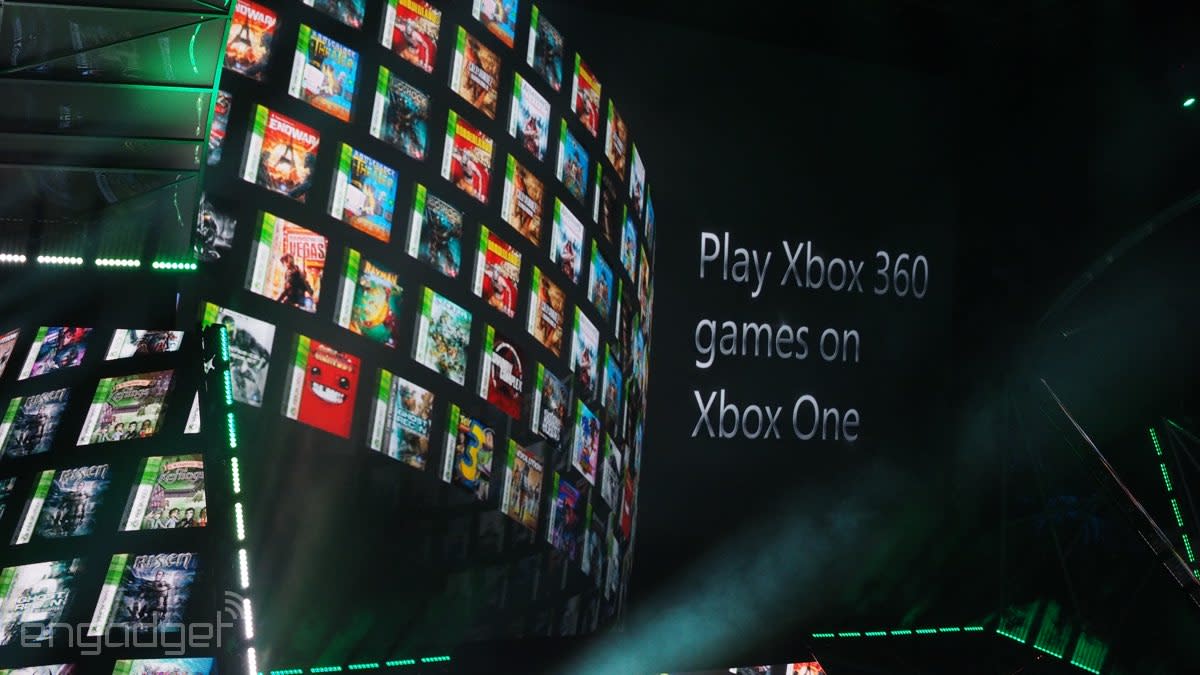 Microsoft's Xbox One is getting its big "New Experience" update on November 12, which also includes the long-awaited backwards compatibility feature for playing Xbox 360 games. Now, we've finally got the full list of 104 Xbox 360 titles that'll work on the system. That includes some games we've previously known about, like Borderlands, along with fan favorites like Just Cause 3 and Mirror's Edge. There are also plenty of Xbox Live Arcade titles included, though many popular titles still aren't supported, including Rockstar titles like Grand Theft Auto IV and Red Dead Redemption. Microsoft says it'll start announcing new titles in December, including Halo Reach and Bioshock Infinite, and you can vote for future titles to be included on the Xbox Feedback site. Check out the full list of backwards compatible Xbox 360 titles below.

In this article: microsoft, Xbox360, XboxOne
All products recommended by Engadget are selected by our editorial team, independent of our parent company. Some of our stories include affiliate links. If you buy something through one of these links, we may earn an affiliate commission.