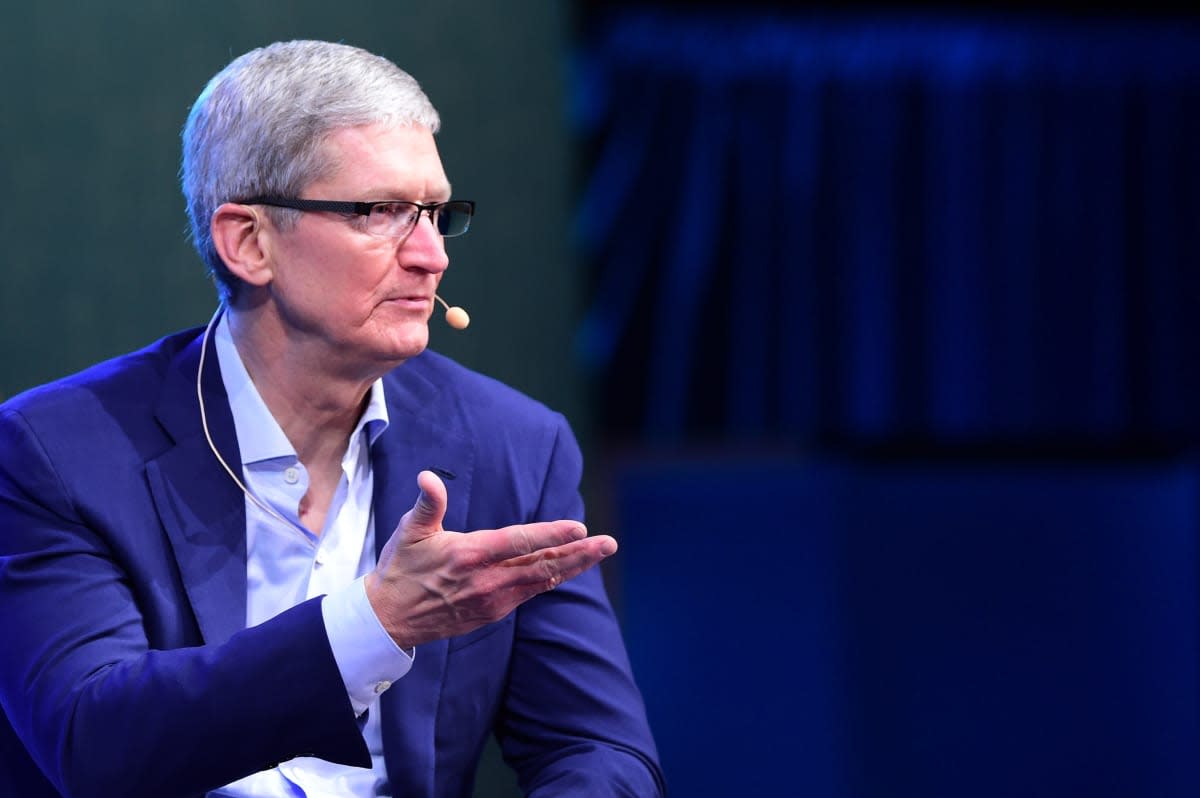 Following the UK's Investigatory Powers Bill, which was released last week with new and extended surveillance powers for the government, Apple CEO Tim Cook has defended strong encryption. Speaking to the Telegraph, Cook reiterated that Apple believes "very strongly in end-to-end encryption and no back doors." He pointed to recent data breaches (hello, TalkTalk hack) and emphasised that they can endanger both public privacy and national security. "To protect people who use any products, you have to encrypt."

In the lead up to the Bill, reports suggested the government wanted to effectively ban end-to-end encryption. What was actually published is a little unclear -- the Home Office says the Bill "will not impose any additional requirements in relation to encryption" above what is already set out in RIPA, the UK's primary piece of surveillance legislation. These powers, if you need a reminder, include the ability to forcefully obtain encryption keys from suspects. A refusal can lead to two years in jail, or five if the matter relates to national security.

As the Intercept notes, The Investigatory Powers Bill does mention a new "technical capability notice" that, once served by the government, would force the "removal of electronic protection applied by a relevant operator." The extent of this power and what it would mean for end-to-end encryption is not yet clear, however.

"It's not the case that encryption is a rare thing that only two or three rich companies own, and (so) you can regulate them in some way," Cook told the newspaper. "It may make someone feel good for a moment, but it's not really of benefit. If you halt or weaken encryption, the people that you hurt are not the folks that want to do bad things. It's the good people. The other people know where to go."

Since the Edward Snowden revelations, there have been numerous discussions about so-called "backdoors." These would give technology companies and, by extension, the government access to encrypted data without the user's consent. The counterargument is that such a feature, if implemented, could be easily abused by hackers, not just service providers and security agencies. "Any backdoor is a backdoor for everyone," Cook stressed. "Everybody wants to crack down on terrorists. Everybody wants to be secure. The question is how. Opening a backdoor can have very dire consequences."

The Investigatory Powers Bill is, at this stage, just a series of proposals. But it contains shades of the notorious "Snoopers' Charter" from 2012 and is already under fire from privacy advocates. The law will now face consultation and further scrutiny by Parliament. Cook says he's "optimistic" the UK government will ultimately support encryption. "It will become clear to people what needs to occur. You can't weaken cryptography. You need to strengthen it. You need to stay ahead of the folks that want to break it."

In this article: apple, encryption, endtoendencryption, investigatorypowersbill, politics, timcook
All products recommended by Engadget are selected by our editorial team, independent of our parent company. Some of our stories include affiliate links. If you buy something through one of these links, we may earn an affiliate commission.