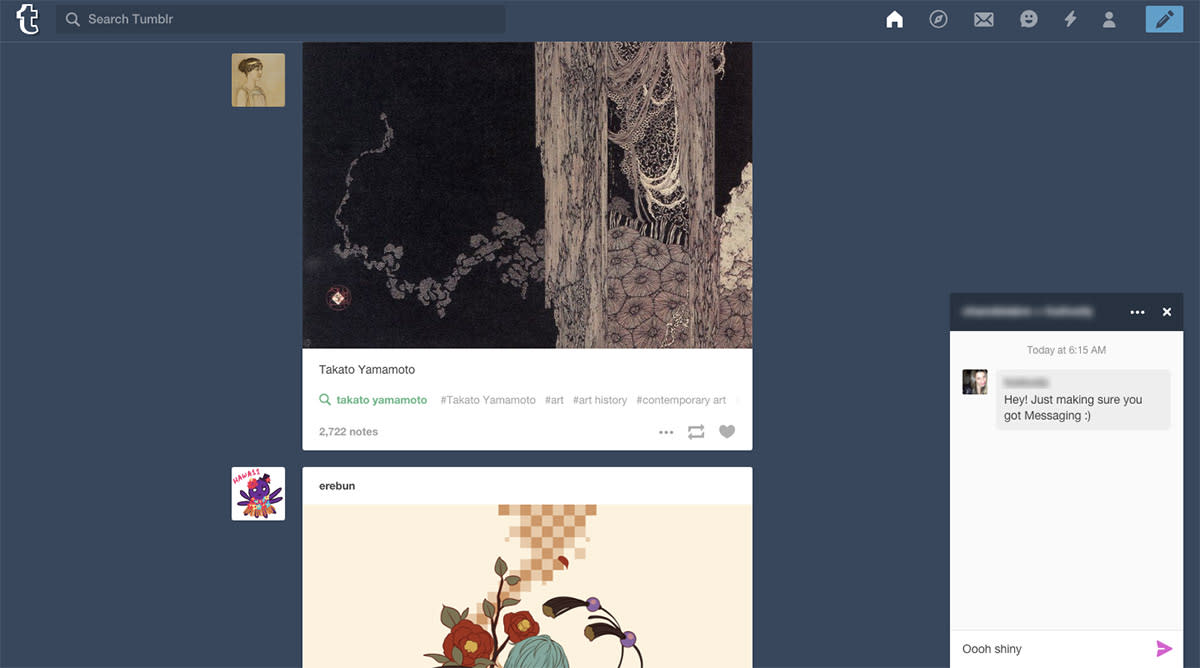 Tumblr now has a legit private messaging feature you can use to chat with friends. It's a lot more basic than other messaging applications, so don't expect emojis or a way to paste gifs or attach files. A Tumblr rep told us, however, that the social network will be introducing more features, such as the ability to share posts and media, in the future. The bad news is that it's initially available to only 1,500 accounts, but you can easily activate yours by asking lucky friends who can already access the feature to send you a PM. They activate your messaging by doing so, and you can, in turn, help propagate it by contacting other users. Take note that if you don't want to receive IMs from random strangers, you can always switch your blog's settings to receive only messages from people you follow. Don't worry if you don't know anyone who can help you turn messaging on, though -- Tumblr says it will be out to all users by early December.

In this article: messaging, tumblr
All products recommended by Engadget are selected by our editorial team, independent of our parent company. Some of our stories include affiliate links. If you buy something through one of these links, we may earn an affiliate commission.